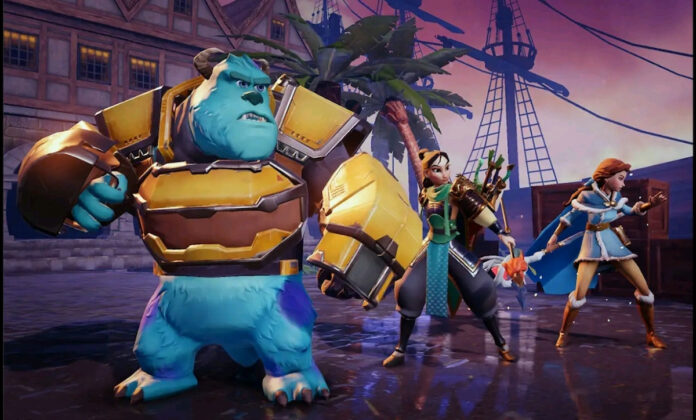 Disney Mirrorverse is a new upcoming RPG from Disney and Kabam Games Inc. where you can choose from a vengeful draconic mage Maleficient, an armored-up Sulley, the ultimate personal-battle companion Baymax, and many more Mirrorverse Guardians.

The game offers a fascinating storyline that automatically reflects iconic Disney and Pixar characters in ways you’ve never experienced. This new and divergent universe features characters that have been amplified and empowerd to defend against a dark, unrelenting threat known as the Fractured.

What Is Disney Mirrorverse’s Release Date

Disney Mirrorverse is set to launch this summer on June 23rd, 2022. The game is currently in pre-registration and players can go right ahead and Pre-register in order to get cool rewards when the game launches in less than two months.

In Disney Mirrorverse, each Guardian possesses powerful, special attacks that are unique and authentic to existing Disney and Pixar characters. They are designed to complement each other through different team roles to maximize battle potential and chemistry, enabling players to advance through multiple levels and progress to the highest rank.

The game’s official synopsis reads: Long ago, two stars collided to create an altered universe full of light and dark forces. In the Mirrorverse, Stellar Magic has evolved familiar worlds, now threatened by hordes of unrelenting Fractured enemies. Players unite teams of powerful Guardians to battle together through an ever-evolving narrative of epic quests to defeat the Fractured forces seeking to shatter the Mirrorverse.

What Is Disney Mirrorverse’s Release Date