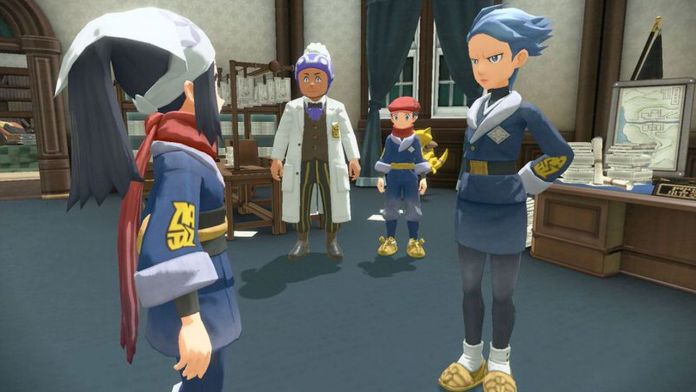 In Pokemon Legends: Arceus, your main goal isn’t to become the champion of the Pokemon League. The progression system has been changed a lot over the previous entries in the series. This guide will help you understand how it works.

This time around, instead of having to obtain Gym Badges by defeating Gym Leaders found all over a specific region, you will have to increase your star rank with Galaxy Team. With a high rank, you will not only be able to explore more regions, but you will also be able to control high-level Pokemon, use better Poke Balls, and receive some nice rewards.

The maximum star rank is the 10 stars rank. Here’s what happens when you achieve it.

What Happens at 10 Stars in Pokemon Legends: Arceus?

To achieve 10 star rank in Pokemon Legends: Arceus, you require 50,000 Pokemon Research Points, which are obtained by catching Pokemon, evolving them, completing Pokedex entries, and more. Once you have enough, speak with Captain Cyllenne at the Galaxy Team HQ in Jubilife Village to make your report.

Getting to 10 star rank will make you achieve the rank of Full Star in the Galaxy Expedition Team, the highest rank possible. As a reward for achieving it, you will get 20 Rare Candies and 10 Grit Rocks, which is a rather disappointing reward given how much time and effort is required to achieve it. One might argue that the excitement felt on the journey to achieve this rank was the real reward, but something better would have been nice.

What Happens at 10 Stars in Pokemon Legends: Arceus? – Answered