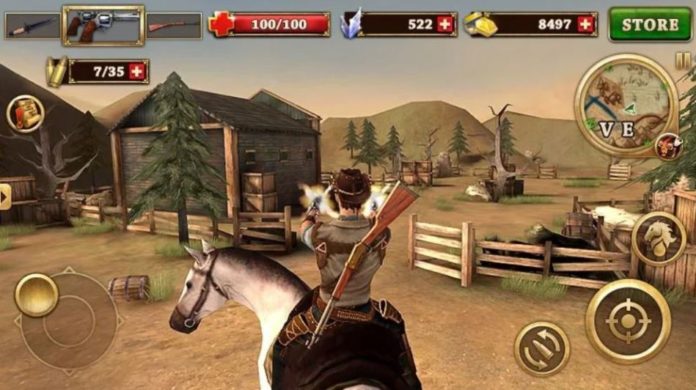 In today’s article we are going to tell you everything that we know about West Gunfighter and share with you our West Gunfighter tips and cheats to help you become the best cowboy there is.

So if you are curious about how a cowboy goes about his life in the Wild West, then you will learn all about it in this game, as it has all kinds of fun activities for you to do, from shooting others to training your aim and even playing Blackjack. Sounds exciting, right?

Then let’s not waste another second and dive right into the West Gunfighter tips and tricks! 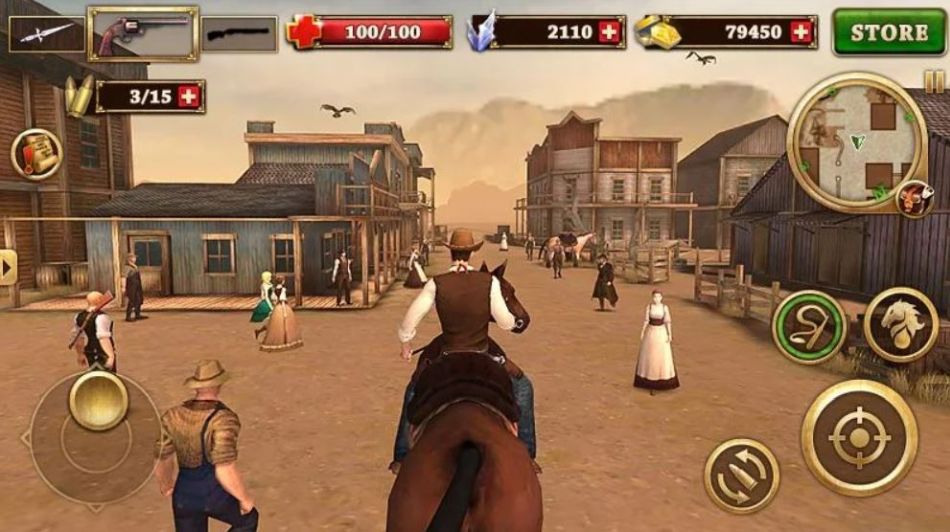 A very important thing you should do is follow the main quests at start. You can do this in order to practice the game a little, and also to obtain golds. You can find several quests as well as side quests and mini games.

By completing main quests you will get golds and diamonds, and that’s a really easy and quick way to gather them. I suggest that you don’t shy away from completing them, because if you only play the mini games (such as Blackjack) you will end up spending all the golds.

So yes, do the main quests and save up the golds. You’ll gain quite a bit, and down below I’ll tell you what you can use it for (wisely).

This is a relatively easy and obvious way, but I suggest that you don’t forget it. For example, if the quest asks you to go play darts or blackjack, then it’s not something that you can do only if you have the quest.

Feel free to go practice there (or try to gain gold) when you want to do random tasks in game. 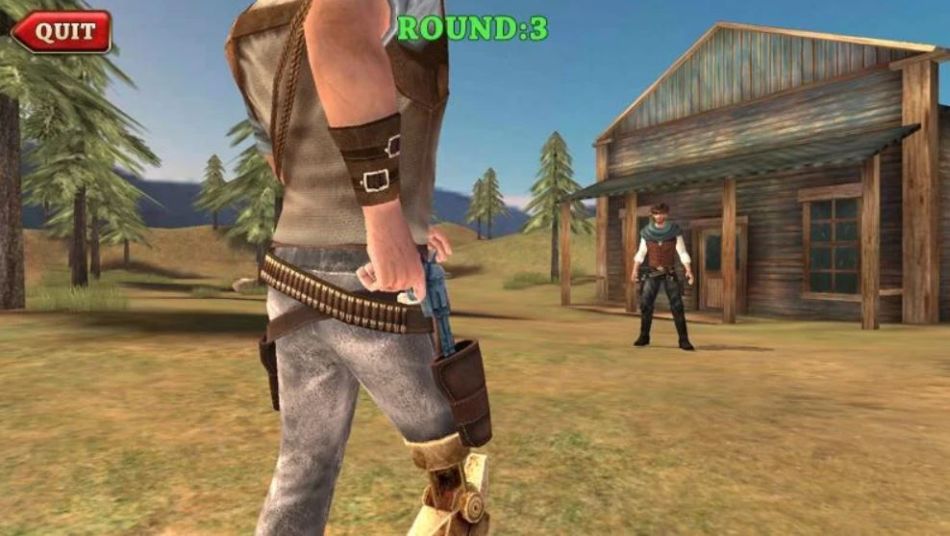 You should save up Diamonds to buy better horses or equipment

The Diamonds are the premium currency in game, but you can obtain them in various ways, other than paying for them (because it’s obvious you can get them if you pay):

– from simply logging in every day

– from collecting Whiskey Bottles and selling them.

Obviously some ways are free (such as completing the quests and getting them as drops) and some will require a little bit of luck, such as opening X amount of chests. Either way, you will get them sooner and faster than you think.

I suggest that you hold on to them until you have decided what to spend them on, because if you are a free player, you won’t really be looking forward to spending your money in the game. 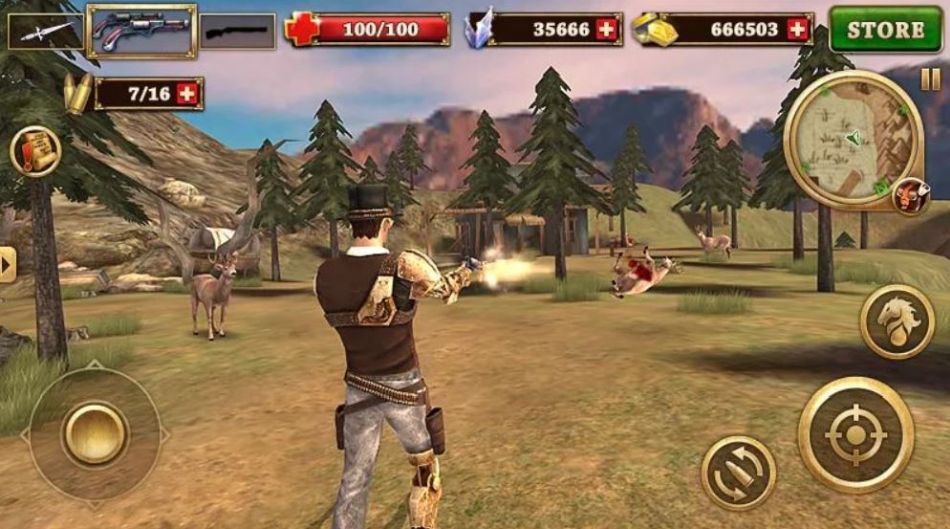 After you shoot down some bandits, pick up their loot

You can obtain anything from ammo to diamonds, so make sure you go and pick those glowing bags from the ground, because you won’t regret it. It is an easy way to get more goodies without spending your golds, so make sure you don’t forget about them!

You might not know this, but you can actually expand your bag to increase the amount of stuff you can carry. You can do this by tapping on the minimap to the right side and you will see there on the left a Package tab.

For each item in the inventory you will need a different type of material – Fox Skin, Deer Skin, Wolf Skin, Bear Skin and Jaguar Skin. They can be obtained in different areas, so whenever you don’t have a set task in mind, go ahead and hunt animals to collect them!

You can also obtain Skins from the chests, so if you want to spend golds for them, then try your luck with the chests! The Skins are used only for upgrading the storage for Blood Vials and ammo. 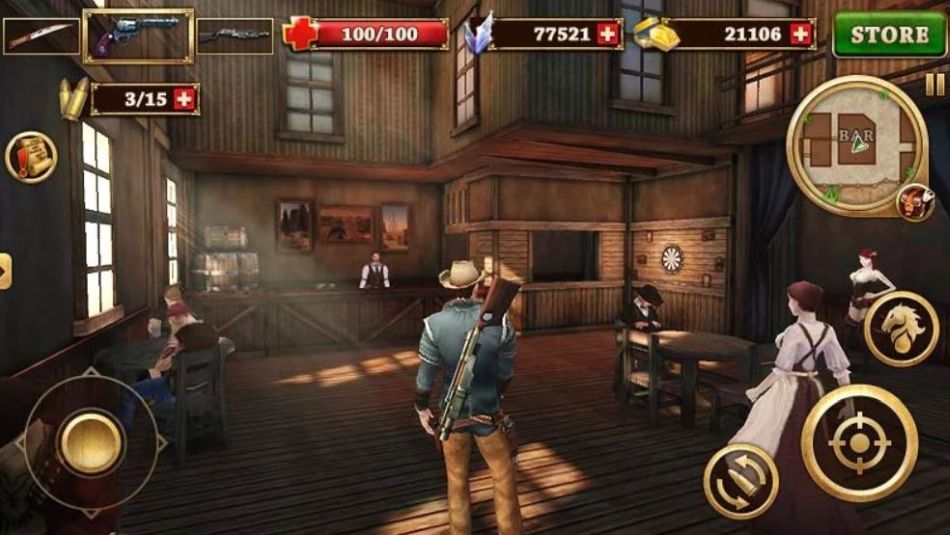 Like any respectable cowboy out there you will have quite a few weapons. You can upgrade them by heading to the Store and opening the weapons tab. When you tap over a weapon that you already own, you will see an Upgrade tab.

Different weapons will require different materials, so don’t throw them away when you find them and don’t sell them either! They can require Broken Material, Small Material, Large Material or Rare Material, depending on the weapon you want to upgrade.

You can find those in the Chests or from drops after you kill enemies. 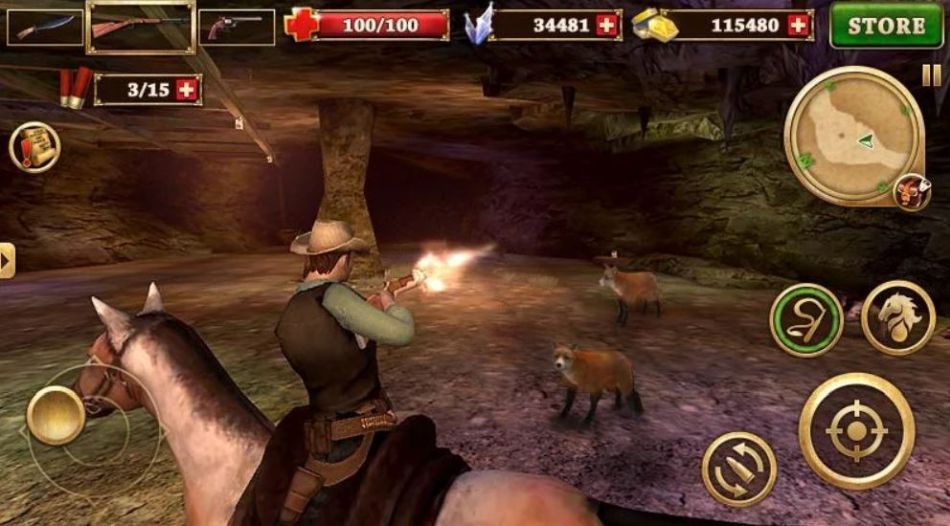 A few other West Gunfighter tips and tricks to help you win every time:

Also, you need to be patient until the game tells you to draw. Don’t tap before that!

Use this West Gunfighter tip to aim perfectly every time!

– When playing Blackjack, stop if you are at 19 or 20. Sometimes it’s good to stop at 18 too, because you never know your luck. But if you haven’t played the game yet, the goal is to score 21 points. 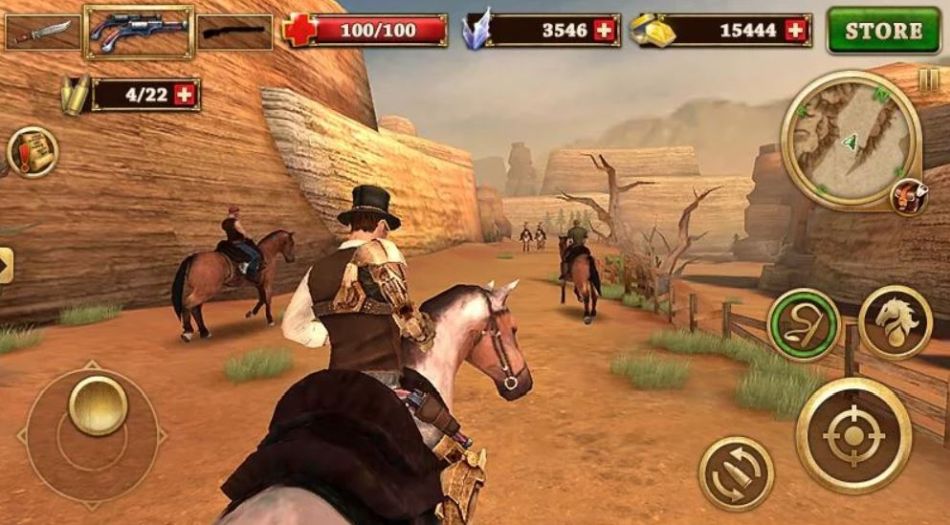 – Log in every day to claim the daily login rewards, because they will be worth it – trust me!

– Use the horse to run for long distances, and if you want to save some time, also use the Spring by tapping and holding the button down.

– When fighting bandits, move constantly to avoid getting shot. Also, if you get shot (it’s kinda inevitable) use the Blood Vials to restore your health.

– Aim for the heal always! This will deal a lot more damage and you’ll kill them much faster.

– Use other objects to hide behind if you are being shot at – don’t be a sitting duck either! If there is nothing to use as cover, then just run in circles to avoid getting shot! 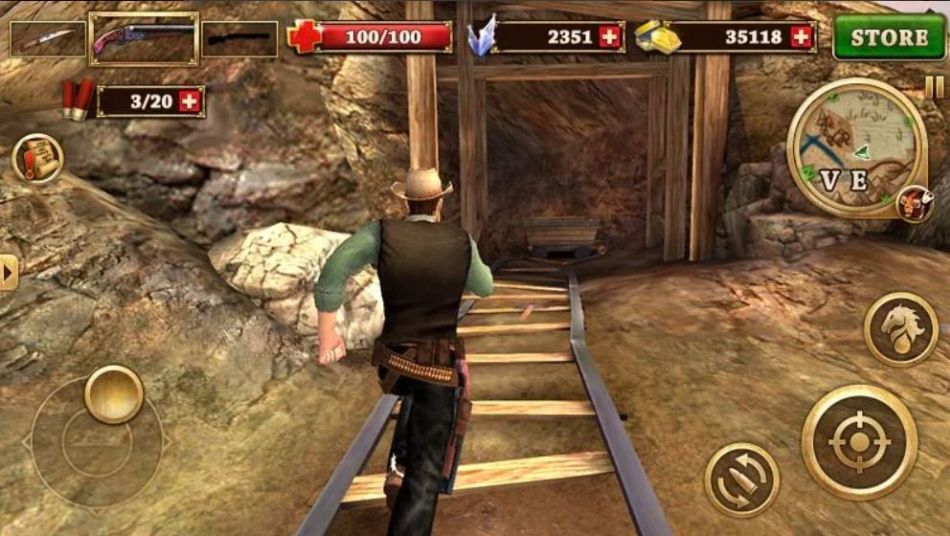 – Buy sets of clothes to receive special bonus stats and help you become better! You can find them in the Store!

These would be all of our West Gunfighter tips and tricks that we have for you right now! Do you know some more useful game tips? Share them with us and the other cowboys down in the comments section below!