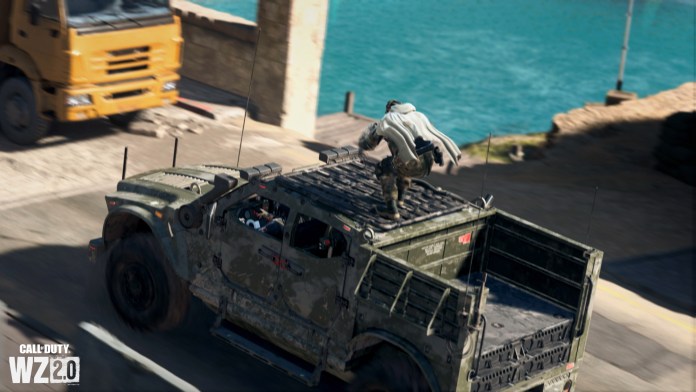 Warzone 2 brings a whole new set of action to players and despite being around for less than a month, the game has received nothing short of praise so far and it only gets better. There are lots of interesting missions in Warzone 2 but oftentimes you can find yourself completely unarmed in a DMZ match.

This can be scary and even confusing because there’s no actual explanation about pretty much anything in Warzone 2 DMZ, even the contraband weapons. So in this article, we’ll be looking at why players are unarmed in Warzone 2 DMZ and how to stop it by explaining loadouts.

Warzone 2 DMZ: Why Am I Unarmed? Loadouts Explained

The reason you’re entering a Warzone 2 DMZ match unarmed is simply because you didn’t equip any guns from the Loadout page. So just before you get to matchmaking, you’ll have the opportunity to edit your Loadout, and this is the only time you’ll have to equip the available weapons of your choice before a match.

In Warzone 2 DMZ, every player usually starts a match with an Insured Slot which is their only sure way to enter a match with a weapon choice. And it’s also worth noting that the Insured Slot takes about 120 real-life minutes to be used again.

Players can also use a contraband weapon that they’ve pulled out of any previous DMZ run. However, if they don’t have any of those, they’ll appear unarmed but not to worry, there’s an alternative and that’s to editing the Loadout.

Also, free weapons aren’t that great and you don’t exactly have a good chance of winning a match if you have one equipped. But it’s better to go into a match with a weapon than without one.

Warzone 2 DMZ: Why Am I Unarmed? Loadouts Explained