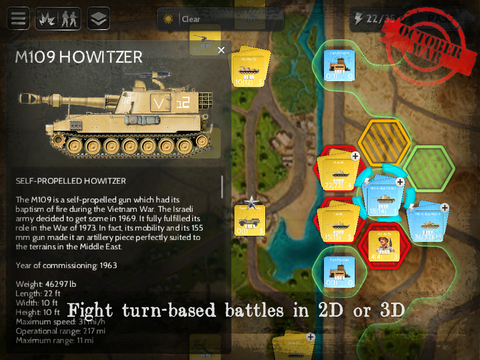 If one were to judge a game simply by its name, Wars and Battles: October War 1973 would definitely be judged as uninspired game, with the title leaving pretty much nothing to imagination. Thankfully this is not the way we’re doing things, as we would be missing a rather good strategy game that offers something different from other similar games now available on iPad.

Wars and Battles: October War 1973 makes it clear that the game is different from other strategy games right from its premise. The game developed by Kermorio is set during the 1973 war, where Egypt and Syria atacked Israeli forces across the Sinai Peninsula and the Golan Heights. The war started rather badly for Israeli forces but they soon were able to turn the tide and eventually launch a counter-offensive. The war led to the Camp David Accords which returned Sinai to Egypt and improved relationship between the two countries.

The 1973 war has never been used as a setting for wargames so this fact alone manages to make Wars and Battles: October War 1973 stand out from the competition. The team has also taken full advantage of this setting to create some unique gameplay features and mechanics, like the inclusion of the SAM missiles and anti-tank weapons which make infantry more dangerous and more. The strategic approach players will need to complete the game also varies depending on the side they’ll pick. Choosing the Arab side will require players to move as quickly as possible, as it has been in history, while picking the Israeli side will force them to stand their ground, deal with numerical superiority and resist until reinforcements arrive. The setting choice, which can potentially alienate those who prefer the World War II setting, is a bold one which definitely paid off, at least in terms of gameplay features.

Despite the different approach coming with the two different sides involved in the conflict, the Wars and Battles: October War 1973 gameplay experience isn’t as varied as I expected. While it’s true that the game offers a huge variety of terrain, which obviously influence units, the mission objectives aren’t as varied. Once you have played enough of the game, you will most likely notice how the repetition actually damages the experience a bit.

Wars and Battles: October War 1973 gameplay mechanics aren’t the most innovative around, but they work quite well in the context of the game. Being a wargame, Wars and Battles: October War 1973 is a turn based experience where players will have to move units on hexes and fight enemies placed on adjacent panels. Each unit has a variety of stats which determine how effective they are so players will have to think hard when moving units and launching an offensive. The game still suffers from the “ammass as many units as possible and destroy the enemy with brute force” syndrome, but the gameplay mechanics still offer players the choice of playing more strategically by taking advantage of the terrain and of the units stats to clear each map.

Wars and Battles: October War 1973’s single player mode is quite long, including 7 Campaign Scenarios, 10 Advanced Scenarios and 2 Battles. And once you’re done with the single player campaign, you can also challenge others in the game’s asynchronous multiplayer mode. While the enemy’s AI is quite good, offering a solid challenge most of the times, playing against another player is a whole different experience and much more rewarding.

Wars and Battles: October War 1973 also offers a quite good presentation in both 2D and 3D mode. 2D mode is the way to go for wargames enthusiasts, in my opinion, as it just offers a better view of the battlefield. 3D mode isn’t bad at all but the way to clean graphics make it feel a bit unrealistic, considering we’re in the middle of a war.

Everything considered, Wars and Battles: October War 1973 is a really good wargame that tries to do something different by taking full advantage of the unusual setting. The team’s choice has paid off in pretty much everything, offering fans of wargames something different than the usual World War II wargames. The game, unfortunately, does become a bit repetitive over time due to the lack of varied mission objectives but this is pretty much the only complaint in a really solid experience that fans of the genre will surely enjoy. 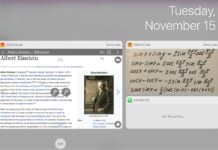