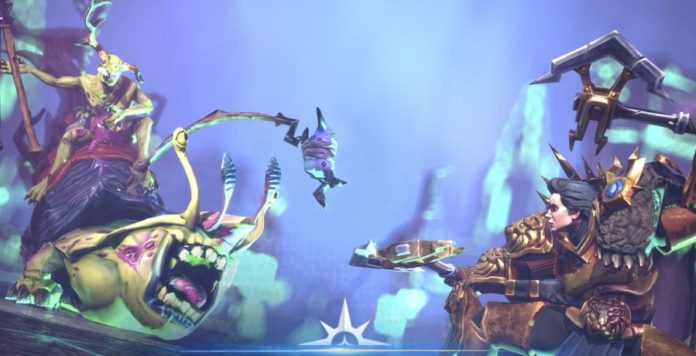 A brand new game in the Warhammer universe, Realm War is a game like Clash Royale with beautiful graphics and some interesting new mechanics that separate it from the rest. And we’re here to help you win all battles by sharing a bunch of Warhammer AoS: Realm War tips and cheats.

Fully titled Warhammer: Age of Sigmar Realm War, the mobile game challenges you to build a perfect deck and pit it against other opponents in the Arena, fighting for supremacy. But with new mechanics – such an all new area to conquer and a clear division between heroes and regular units, there’s a lot to strategize about and consider when it comes to playing the game.

And we’re covering it all in today’s article where we’ll share with you some Warhammer: AoS Realm War tips and tricks!

The gate is your priority
Probably the most important element that you want to focus on early on and until capturing it is the Realm gate. Not only that it grants you a star, but also gives you an important monster to send into battle – for free!

This is a huge advantage and in most cases, the one who captures the gate wins the game. Therefore, make it your priority to send a smart combination of Heroes and supporting troops, so that you get it before your opponent does. 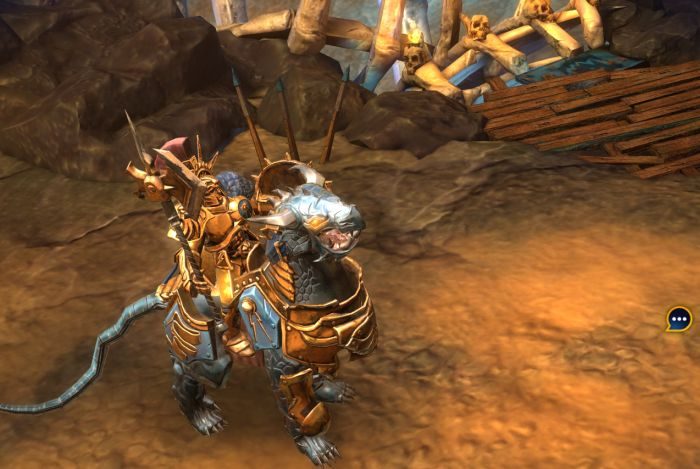 The Risky Gung-ho Attack
I tried this approach successfully a few times and failed miserably on most occasions, but it’s fun to try and probably can be perfected.

Since everybody focuses on sending their troops towards the gates, the straight line to the tower and hero remains generally unguarded. Therefore, you could risk losing the star from the gate and going all-in with the straight lane, attacking the tower and enemy hero with all you’ve got.

This is a very risky strategy, as it’s usually easy for your opponent to counter it especially if they put the realm door capture on the back burner, but with the right combination of cards played and an enemy that’s slow to react, you can grab the win.

Because if you’re using this strategy and it works, you will destroy both the tower and the enemy hero, which guarantees the win. So give it a try if you have some ranking trophies to risk. 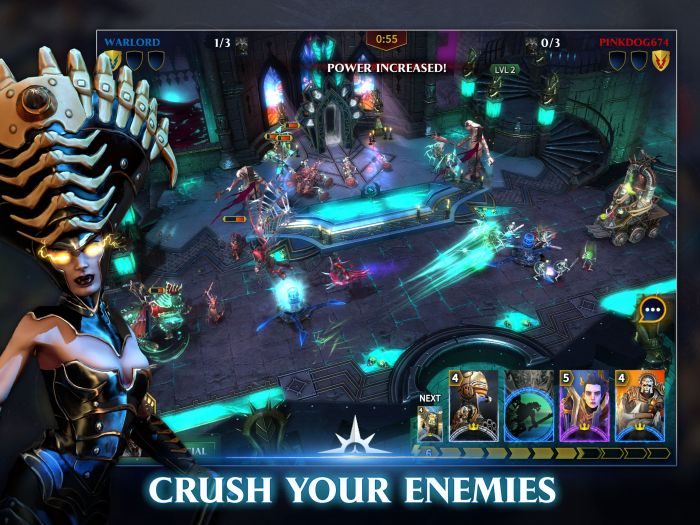 Three stars are pretty much impossible
No matter how good a player you are, you should know that getting all three stars is usually impossible against regular opponents. Therefore, try to get two instead.

The first one you should aim for is, as I said, the realm door – and as soon as you get it, focus all your troops on destroying the tower.

If you play it smart and wait for the opponent to waste their support cards on some of your troops, you can easily send a horde to destroy the tower.

Heroes are Vital in your Deck
You can’t capture the Realm Gate unless Hero cards pass by it, making Heroes extremely important in Realm War.

But that’s not all! Each hero has a special skill that can be activated once in battle, usually dealing massive additional damage. So make sure that you not only have a solid amount of Heroes in your deck (I suggest a minimum of 3, but you can go all the way up to 4) and make sure that you play their special skills at the right time, before they are killed. 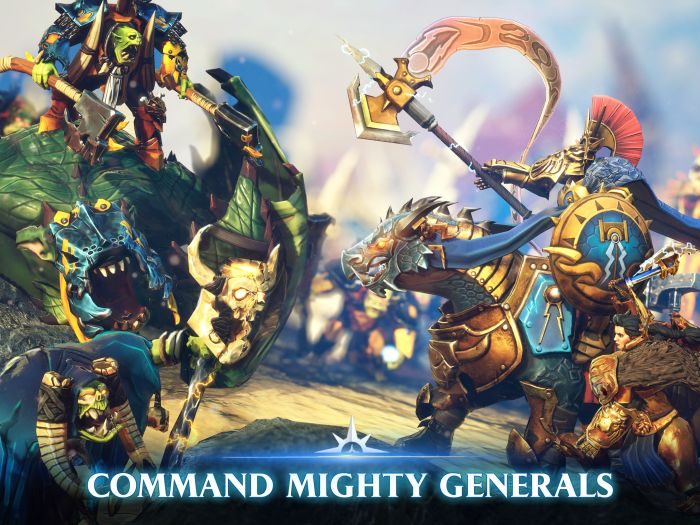 Upgrade cards with caution
Leveling cards up is extremely expensive and since the number of cards you can play in your deck is very limited, you should be extremely selective when it comes to leveling them up in order to make sure that you actually have funds for those you will usually have in your deck.

The best thing to do would be to wait as much as possible – maybe until you have opened your first 4 comets in order to see what cards you have and get a better understanding of the usefulness of the ones you’re using in battle.

Once you think you know what your favorites are, start upgrading them from the most powerful to the weakest, in order to make those strong cards even stronger and game changers when going to battle in Warhammer: Age of Sigmar Realm War.

Remember that you also get free comets daily and fortunately you don’t have to wait to open those – so collect them. Apart from that, try to optimize your play time in such a way that you’re always working on opening a Comet and you have at least another one waiting to be opened when you’re done.

Complete the Daily Missions
The daily missions might seem difficult every now and then, but they are extremely important to be completed each day if you want to build a really solid deck.

Not only that you get some really nice reward from completing each individual mission, but you always get the chance to pick some extra cards for your deck when you complete them all. This gives you a chance to actually customize your deck and improve the cards you really like, so make sure you do the dailies… daily!

These would be our Realm War tips and tricks. If you have additional strategies to share with fellow players, don’t hesitate to let us all know by commenting below.