Home Game Guides Warframe – How to Get Gladiator Might 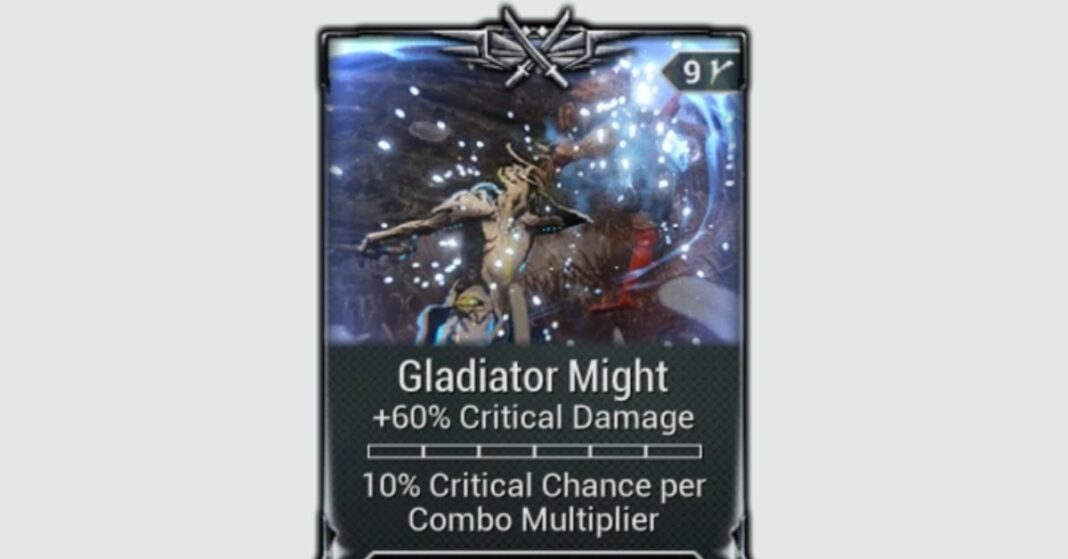 Warframe is an immersive third-person co-op shooter in which the player uses a unique exoskeleton called the Warframe to explore space and fight opponents. The player can modify equipment and this guide will tell you about Gladiator Might mod.

Gladiator Might is an unusual melee weapon mod that increases critical damage.

When equipped, Gladiator Might adds + 10% melee Critical Hit Chance, which increases with a critical multiplier. When equipping all mods of the Gladiator Set, you get + 60% to crit. hit.

By completing bounties on Earth at Cetus for Konzu, you can get parts of the gladiator set. You will find him in Cetus, near the gate Plains of Eidolon, and check the available orders. Each bounty has its own list of rewards that can drop out after its completion. Mods from the gladiator set can drop for 20 – 40 levels of bounties. Of course, they drop out randomly, so you will have to spend time grinding the bounty the Gladiator Might.

The effect of the Gladiator’s Set stacks up with the Blood Replenishment mod, giving an overall increase to crit by 100%.

Another way is assassination bounties on the Plains of Eidolon, more precisely, the assassination of Aerial Commander Grinner. In addition to the fact that the mod drops out randomly, special conditions are also needed in the form of destroying the commander’s Dargyn before killing him. Only then there will be a chance for the Gladiator’s set mod to drop.

You also can always trade with someone in the game by using Trading System.

But there are several requirements: