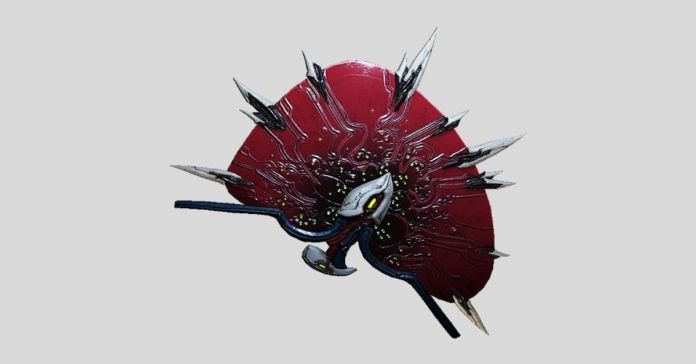 Warframe is a combination RPG and third-person shooter game. Players have a huge selection of different options to create a unique Warframe. To do this, players can search for resources and craft powerful weapons. In this guide, we will tell you about Arum Spinosa.

The Arum Spinosa is a melee weapon that deals mainly with slash damage. And also when using a heavy attack, it shoots poisonous spikes at enemies. The weapon looks like two leaves of an extraordinary plant.

To get the parts for it, you need to go to the second tier of Isolation Vault Bounties.

Blueprint is a common reward that drops at the final stage in normal mode with a 6.25% chance.

The guard is an uncommon reward that has a 3.75% chance to drop at the final stage in normal mode.

Rivet is a rare reward that has a 2% chance, under the same conditions.

Drop chances will increase slightly if farming in Arcana Bounties.

To craft Arum Spinoza, you will need one blueprint, two guards, a rivet, 20,000 credits, Trapezium Xenorhust, and Cabochon Embolos.

RELATED: Warframe Initiate Pack: Everything You Need to Know

For a light attack, the build is simple:

You will whirl in a frantic dance inflicting slash and viral damage. The build is great against corpus.

The tactics are simple, just don’t miss. If you do headshots, then your enemies will not even have time to notice how they will die. However, against heavily shielded corpus your only chance is to hit a weak spot otherwise they can replenish their shields and stop you.