Home Guides War in Pocket Guide: Tips to Build the Best Base 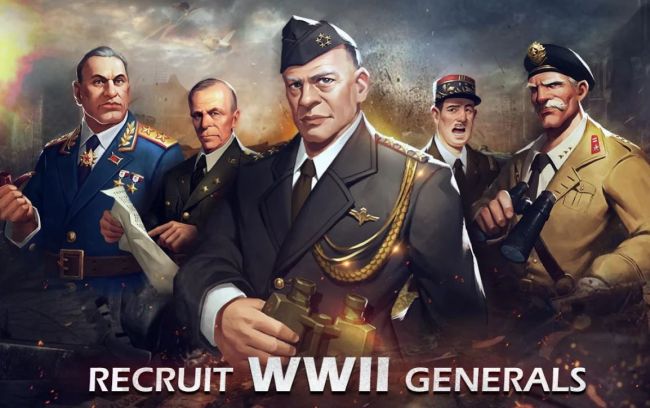 In today’s article we are going to take a look at all of the War in Pocket tips and cheats that we have gathered so far and share them with you, so that you can too build a strong base and put together a powerful army!

This fun game will basically bring everything that you want from such a game together: fun interactions, a terrific base building strategy game and tons of tasks to keep you busy at all times (when you are not conquering other enemies). But because you are here, then you already know all about that, so there is no point praising the game so much!

Instead, let’s focus on what you came here to learn in the first place – all of the War in Pocket tips and tricks, so let’s not waste another second and dive right into them right here below!

Start by building all of the “farms” outside

You should start building all of the structures outside the city walls as soon as you can, and fill up these plots of land because the “farms” that you build here will help you gather resources and heal up your troops, as well as allow for other things to develop.

You will not start with a lot of empty plots of land, which is why I suggest that you upgrade the HQ (Headquarters) as soon as you can and then unlock the next plot of land available (right next to the first one).

In my opinion you should start by placing down a few Farmlands and then several Smelters, because these will kick off the production of Food and Iron, which is used for making troops and maintaining the base well. Start building 2 of each, then the more you are able to build, build them right away!

The most important buildings that you should focus on are the ones which bring you some over-time resources, so make sure that you always have the maximum number of these built. As for the rest of the buildings, have 1-2 of each (for start 1 is enough) and then you can start building more the more slots you unlock.

Build all that you can

Not only the resource farms are important, but also the rest of the buildings. Always make sure that you build everything that you can, because these will make your base more powerful. I suggest that you check out the empty building slots and whenever you see an orange hologram on top of a slot, the you build the available building there.

It’s really important that you don’t fall behind with the building process because the faster you start constructing and upgrading, the sooner you’ll get stronger. Whenever you can build a new structure, make sure that you build it right away and start upgrading it as well.

Upgrade all of the buildings and farms

No matter what you built, it can be upgraded. This is something that you should remember, because it is going to make important differences for your power. Whenever you see a small green arrow next to a building, it means that there is an upgrade that can be made.

This is how I always suggest to do the upgrades, because then you will only have to upgrade the buildings once or twice more to reach the next maximum level. It’s better to go over everything and care for everything equally, because that way they are all equally strong.

The Missions are important as well because they will give you a ton of rewards as well as characters and resources, so it’s good to not neglect them. The missions are located in the bottom right corner of the screen, and they are divided by chapters.

I would suggest that you follow them one after another, as the tasks are simple and the rewards are very good. If you decide not to follow the missions one by one, then you can complete the tasks at your own pace and they will still count towards the missions when the time comes and they for the tasks that you’ve completed. So either way, it’s fine as long as you keep on making upgrades and battling.

Just don’t forget to claim the rewards from the missions because they give Heroes and resources, which can come in handy if you’re running low on them.

Advance in the Campaign battles as much as you can

In the Campaign battles you will have to deploy your soldiers (the best ones) and defeat the enemy forces as best as you can. There will be quite a lot of battles, so you will need to constantly train troops for that and hire better fighters.

I would suggest that as soon as you start playing, you begin by fighting and passing as many stages as possible with your current troops. Then, when you can’t advance any further, you go on and recruit more Generals and train better soldiers. For this you will need to build and upgrade better HQ, and better Barracks (Infantry Barrack, Specops Barrack, Heavy Barrack, you got the point) where you can train better troops.

So just keep in mind to always progress more, and when you are feeling like you can’t, just upgrade your base and train better soldiers, and give it another try. Eventually you will pass all of the stages – it just requires more dedication and time.

In the Military Archives you will be able to recruit more Generals which can improve your troops’ power in battle. There are two types of recruitment here: Common and Confidential.

– Common Recruit: Here you can acquire B, C and D quality Generals and it’s the cheapest recruit type. There you can summon for free several times a day, so I suggest that you keep an eye on that timer and recruit whenever possible. You can also use the Coupons you get from your missions as rewards to summon Common Generals.

The best use for your Gems as a f2p player would be to recruit Confidential which no matter the result will be a good recruit, due to the 10 guaranteed Epic General recruit and the worst case being a B quality General.

Now of course you will also get duplicates and shards for the Generals, which is a good thing especially if you got for the Generals that you use. By having more shards you can star them up, up to 6 stars, thus increasing their stats and level cap.

So I suggest that you always try and upgrade all the possible things about the Generals and level them up as much as you can, starting with your best ones. They will make a difference on the battlefield.

Start upgrading everything for free

When you do decide to use speed ups, it’s good to always count how many you need up to the 5 minute mark when you can finish the upgrades for free. So try to never go with the speed ups to minute 0, instead use them to minute 5 since the upgrade is free then anyway. You will get to save a few speed ups by doing this. Also, don’t use the speed ups before the help from Alliance, which takes me to the next point!

An active Alliance is one of the most important things you can benefit from in this game. Try joining one ASAP because there you can relocate next to their base, which will reduce the chances of incoming random attacks from players looking to plunder your base, and you can also get free speed ups from them which will be super helpful later on.

You can join an Alliance as soon as completing Chapter 3 from the storyline quests, so try rushing this because the sooner you join, the better.

Never let your Lab idle, because that is time wasted that you could instead use to research something and get stronger. It’s best to try and keep it always busy, especially when you feel like you’re falling behind in power and need boosts.

The best would be to start by researching everything that has to do with Construction Speed and then focus your research on boosting your military power because it will help you in those more difficult battles. Either way, check what you feel like your troops are missing and focus on that.

The “PvE” aspect of the game is also important, so if you feel like you need increased production of something, then you can also research this before others, but it shouldn’t be the case if you have built all the farms as I previously mentioned. 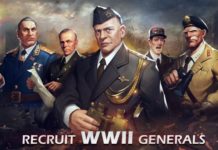 War in Pocket: The Best Generals in the Game