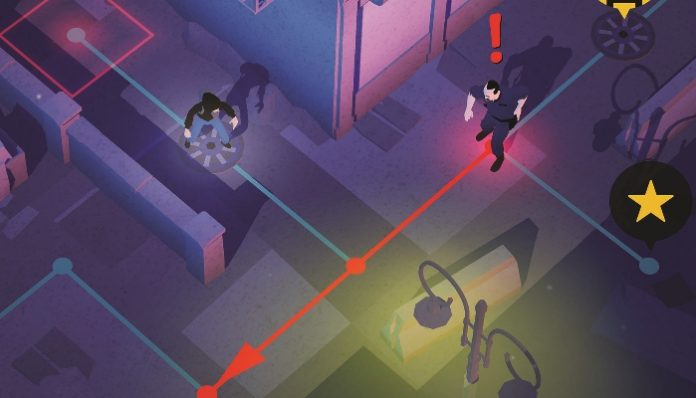 Since mankind was created, it’s been in their blood to leave a mark wherever they’ve been. Whether it was a little kid scribbling his initials on the side of a desk at school, or a rebellious teenager trying to change the world, the power of creativity has always been a tool to prove we were there… wherever “there” was.

Vandals takes this concept and runs with it. You play as a hooded figure who travels the world leaving behind fresh street artwork in their wake. However, with the controversy surrounding street art, the police don’t exactly hold you in high regards. You’ll need to create your artwork, evade the authorities, and get out without a trace, save for your beautiful creation of course – which you get draw yourself! 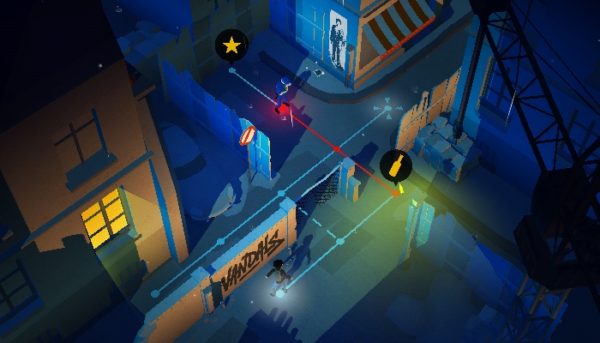 Vandals starts out in Paris, 1968. The opening level introduces the main structure of Vandals’ levels. Characters move between tiles, and time only advances whenever you make a move. That means that you’ll need to plan your routes and strategies before you jump in.

But remember – you’re going to have to deal with those pesky cops. Their line of sight is indicated by a red line, and if they spot you they’ll give chase. If you’re one tile away from them when they can move again, it’s lights out for you! You’ll need be one step ahead to make sure you’re not caught. 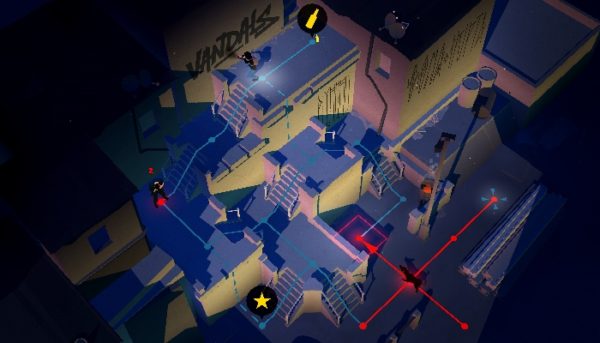 Around the worlds are various tools as your disposal. Discarded bottles can be thrown at a spot to create a diversion. Manholes can be used to zip around the level at the blink of an eye. Holes in fences can be used as a passageway exclusive to you. The world is yours and you’ll need to take advantage of it to maximize your score.

Vandals levels are expertly crafted to have multiple routes to success, although there’s usually one optimal route. Each level has three possible stars for you to achieve. You’ll get a star if you can make it through the level without being seen, another star for grabbing the bonus star, and the last star is acquired if you beat the level under a certain amount of turns. 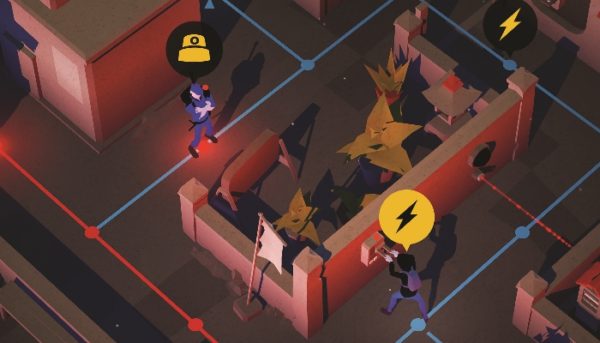 Speaking of the bonus star, it’s something that makes the game a bit more challenging. Vandals‘ levels are already pretty challenging as they require you to play smart and think out your plans all the way, but tucked away in each level is a bonus star.

These stars are usually sitting out of the way and going for them creates a whole new challenge, on top of the already present obstacles. It’s a welcomed addition for those daredevil artists!

From the aforementioned bonus stars and the secret levels that can only be unlocked after getting a certain number of stars, Vandals has plenty of replayability. In addition to that, expert artists can also learn something new about street art culture.

There are secret notes hidden in certain levels, and discovering them will show you a small snippet about a real life street artist and their work. It’s pretty interesting stuff!

When this all comes together, Vandals turns the world of street art into a fun and engaging experience. Each new city in the world introduces new gimmicks and tools so that the levels stay fresh while building on concepts introduced earlier.

The end result is a fresh and creative puzzler that takes what we know and does more than just spray a shiny new coat of paint on it.

You can try out Vandals on the iOS App Store and Google Play Store.