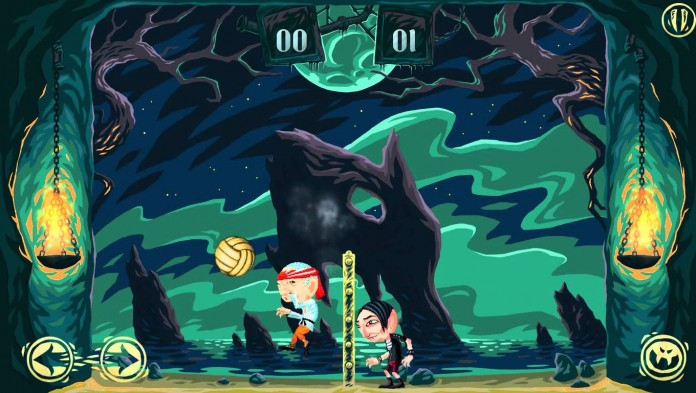 A really unique game has now been released on the App Store. If you thought that things like vampires and volleyball don’t mix, you’ll definitely be surprised by Vampire Volleyball.

When playing the game you’ll realize that things are quite different from what they may look like at first glance. The game’s control system is quite simple, requiring single touches, but at the same time offers an unexpected depth.

While tapping the screen, your character will jump and headbutt the ball. If you tap it again, you’ll perform a special move that may give you a decent advantage during the matches.

In order to get the ball to go where you want, you will have to headbutt it at the right moment and at the right height. You’ll also be able to make the ball bounce off walls.

The best thing about Vampire Volleyball is the characters variety. All of them come with unique special moves and styles, making the game a joy to play. Unfortunately you will not be able to control all of these wacky vampires since only three of them are playable. The three available playable characters are also the one with the less impressive moves. Let’s hope a future update will unlock the rest of the cast.

Vampire Volleyball is now available for purchase on the App Store for only 0.99$. You can check out the Official Gameplay Trailer right below. Watch out for the ball!