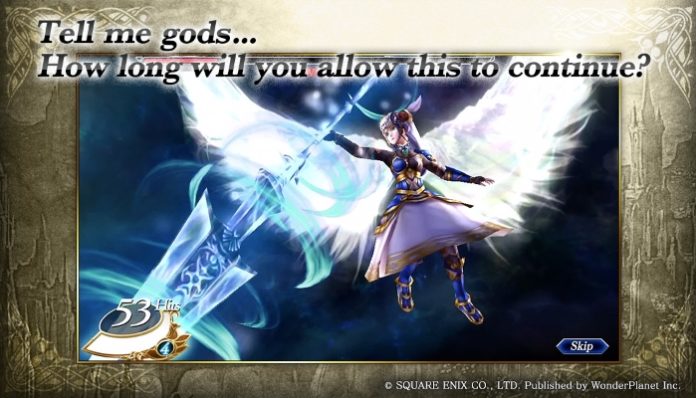 Become the chooser of the slain in Valkyire Anatomia The Origin, the latest entry in Square Enix’s dormant Norse-mythology inspired RPG series.

As the Battlemaiden Lenneth Valkyrie, your task is to recruit souls of heroes to become Einherjar, powerful soldiers to fight in the war of gods. Our Valkyrie Anatomia cheats and tips will show you how to get a good start and how to master combat.

Valkyire Anatomia, like most Japanese gacha games, is packed with tons of content, so there’s a lot to cover here. Let’s get started with our Valkyrie Anatomia The Origin cheats, tips and tricks strategy guide!

An important tip is to not mash your attacks. It may seem like the best thing to do is to rapidly spam all of your characters’ attacks, but you will often time notice some of their attacks barely clipping the enemy or missing all together.

This is why it is important to pay attention to their attack animations and try to memorize them, so that you know when to launch your other party members into the combo.

A good example of this is your starting party, Lenneth and Jeanne. Jeanne’s third attack shoots a twin arrow straight ahead, and this attack will completely miss grounded enemies, which happens right after Lenneth’s aerial combo.

Try to time it so that as Lenneth slams the enemy back down, Jeanne shoots her third attack as there is a ground bounce, and you can combo with it. 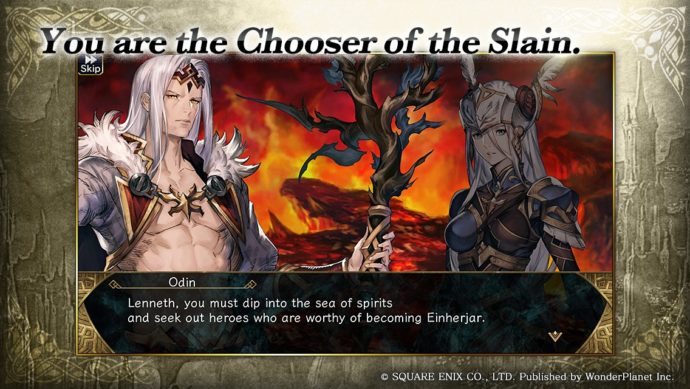 Search as much as you can!

Spending an AP to search an area might seem like a waste, but you can get some pretty good stuff. Even if an area looks like it is not hiding any kind of secret passage for you to uncover, searching may reveal a hidden treasure chest.

Sometimes you might find an enemy though, and you will have to fight so be ready for that. The chests you will find are mostly common chests, but you can still get some helpful orbs and weapons from them.

In addition to this, searching all possible fixed locations will put your completion rate at 100%, and you will be rewarded with additional gems at the end of the level.

One of the first things you should aim to do is to complete the beginner’s Challenge Panel. There are two panels with nine challenges each. They will ask you to do beginner things like synthesize orbs and weapons, and clearing parts of the main story.

Upon completing the Challenge Panels, you will be rewarded with two powerful 6-star weapons that can be a great help starting out, as one of them has a strong heal as its action skill. 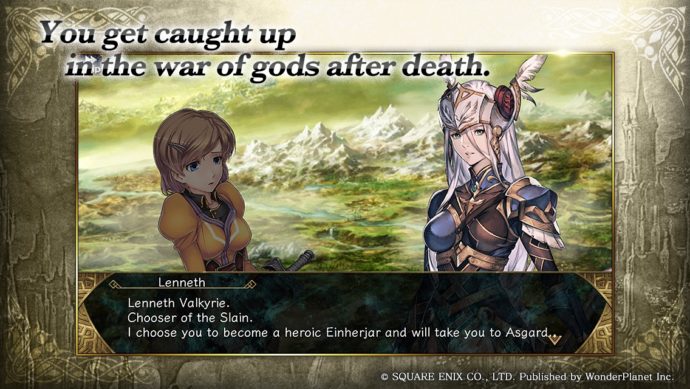 Progress through the Main Story!

In order to gain new Einherjar, you must play through the main story and witness the stories of each Einherjar and how they came to be. Only then will you be able to command them in battle, so you should try to power through the Main Story as soon as you can.

There are chapters divided into different segments, with each chapter focusing on a different character. You will need to finish the entire chapter to see the full story and recreuit the character.

Action skills can really help you out in battle so start upgrade your favorite ones early on. Something to note is that weapons that share action skills may not even be of the same class, so pay attention!

That’s all for Valkyrie Anatomia! If you have any other tips or tricks to share, let us know in the comments below!