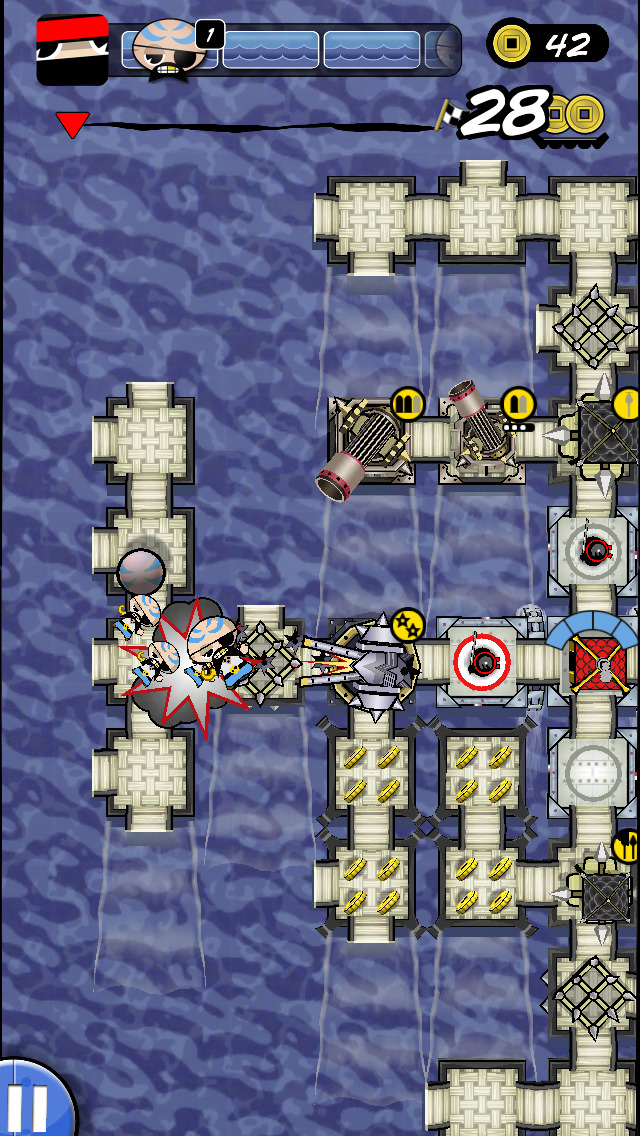 iOS gamers will soon have another chance to take part in the never ending war between Ninja and Pirates and bring Ninjas to victory with a new tower defense game.

Ninja Raft is a unique take on the tower defense genre. Instead of building a stronghold, you will be building a raft that will act as your main base. The main goal of the game is to reach a finish line before the Pirates manage to destroy your raft and make a mess of your wooden stronghold. Players will also be able to send out Ninjas in advance to show Pirates that your faction is a force to be reckoned with even on the high seas.

As in other tower defense games, your options will become more varied the longer the game goes on. You will soon be able to add some nice little traps on your raft to repel pirates who manage to get on it.

Ninja Raft is definitely the game to play if you’re into Tower Defense games and want to play something with a new twist. The game is now available on the New Zealand App Store, meaning that it will become available in all other regions later today.