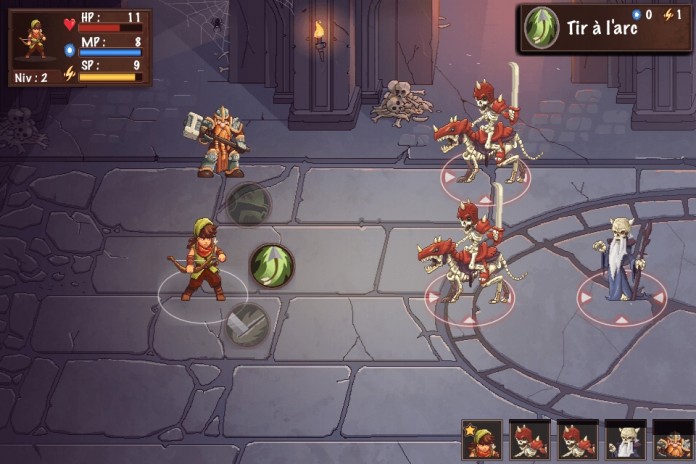 Most role playing games play pretty much the same. Forming a party of characters and heading off to adventures is pretty much the staple of this genre, with some twists here and there that make this formula feel more fresh than it really is.

An upcoming iOS game is going to use this tried and true formula in a really interesting way, introducing a spin that will make role playing gamers really, really happy.

Dungeon Rushers plays at first glance like many other role playing games. You will have to build a team of adventurers and explore some dark and dangerous dungeons. Creating a balanced party will be the key to survival, as in countless other games.

What makes Dungeon Rushers different from many other games is that you will be able to create your own dungeons with the gold obtained during your adventures. The created dungeons can be explored by other players so you will have to create the most devious traps in order to defend your treasure.

This is a quite nice twist that gives an all new purpose to the usual gameplay formula. It’s quite twisted too, as players should be helping each other, not try to come up with some unavoidable traps that will bring an end to possible battle companions!

Dungeon Rushers has yet to receive a final release date. We’ll keep you updated on this interesting role playing game as soon as something new comes in on it.