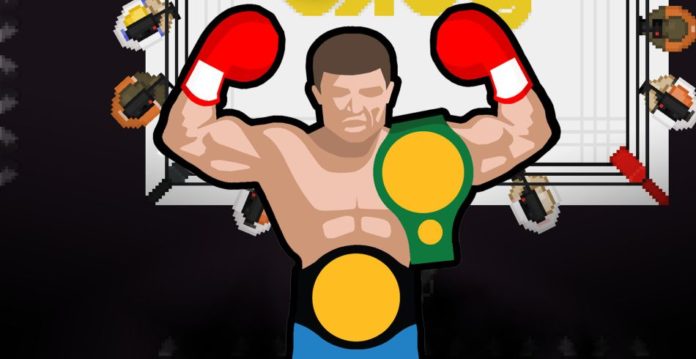 KO’ing your opponents in the mobile game Undisputed Champ is not really the easiest task you can thin of. But with the help of our Undisputed Champ cheats and tips in today’s strategy guide, you will definitely have an easier life on the ring.

Jab, jab, cross. Jab, jab, cross. I remember watching a boxing movie and this got stuck to my head. I no longer know where I heard this, but it definitely got glued to my memory. And, who knew that it would be useful some day – a day when I wanted to become the Undisputed Champ on mobile. And keep on winning like the Pro I am.

So if you want to also improve your game, unlock all boxers in Undisputed Champ and generally perform pull in a better performance in every match, read on for some Undisputed Champ tips and tricks below!

Cross, cross, jab?
I might know the quote from the movies, but in Undisputed Champ things are a bit different. The cross is the most important punch in the game and the only type of punch that can result in you KO’ing your opponent. So try to focus on these. 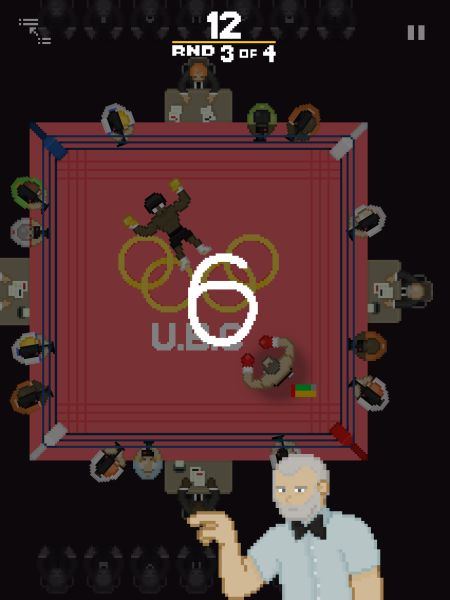 However, it’s not all about randomly throwing crosses like there’s no tomorrow. The jabs have their use too: apart from the fact that (I believe) they tire down your opponent and make them easier to get knocked down, they also push them away a little bit, giving you that perfect opportunity to land a perfect cross.

So instead of following rules, try to find a rhythm. Sometimes you might be able to land two solid crosses in a row, sometimes you’ll need to throw in a few jabs to open up the space, sometimes more. You’ll start to “feel” what you have to do after several matches, but remember that it’s the crosses that have to connect!

Keep on moving and hitting
As if all those different types of punches weren’t enough, there’s one element that I believe makes the difference between the Pros and the losers: movement.

You have to keep on moving around your opponent and never stand still. This doesn’t seem to influence your boxer’s stamina, but it does allow you to get in the right position to land that perfect punch.

I saw that the general pattern you have to follow is this: back (when the opponent gets close), left a bit and cross. Doing this, you will find the opening right between the fists of your opponent and get increased chances of landing that perfect cross. 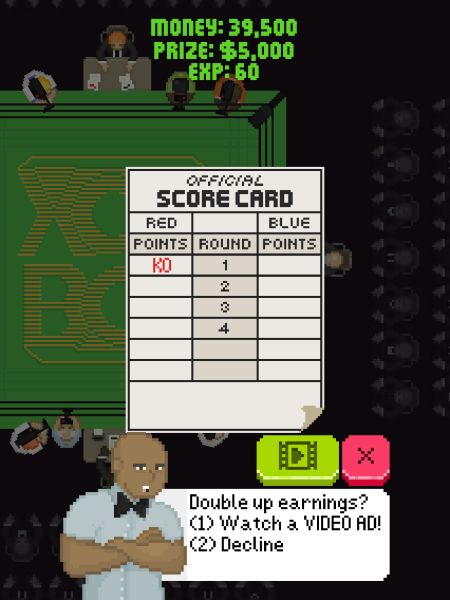 How to level up your skills
Whenever your current boxer levels up, you gain a skill point that you can invest in one of the 5 stats of your character: Power, Speed, Stamina, Chin or Health.

But what to invest early on? I personally recommend focusing on two skills: Power since it will make it a lot easier for you to KO your enemies and Chin. I am not 100% sure about this, but I believe that Chin basically gives you a better resistance against your opponent’s punches, reducing the knock-downs or KO chances.

Afterwards, you can mix in a bit of Stamina and Speed, and Health is last since you’ll never really have to worry about it going down to zero. 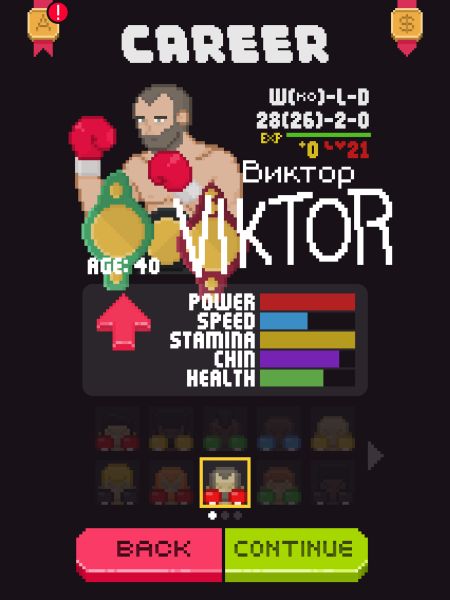 How to unlock more fighters in Undisputed Champ
There are 30 different fighters you can unlock in the game and they are all unlocked with in-game money you earn from winning fights. Some require you to meet some other requirements (like have more than 30 fights or win all belts), so make sure you are as active as possible.

The easiest way to raise the money required for unlocking new fighters fast is by completing the achievements. You also receive some money from the fights, but achievements give you a massive boost fast.

However, the new players all start from the bottom and with zero skill points, meaning that they’re purely cosmetic and have no special stats. You can spend $20,000 to buy extra SP before starting or watch a video ad ever minute in order to get the boos – but that’s just before starting and not afterwards. So if you want to get the smoothest possible start, watch a few ads and start with 5-6 SP to really boost your new boxer’s career.

Video ads for double earnings
Apart from the option to watch a video ad to get a SP for your boxer before his career starts, you also have the option to watch one after each fight in order to double your earnings. This is a nice advantage that you will have especially after winning with a KO, so make sure to do this as well!

Play on a phone
If you have the option to decide what to play this game on: a tablet or a phone, choose the latter. Playing on a tablet is in many games easier and the better option because of the larger screen, but in this case the larger screen makes it a bit more difficult for you to control your boxer on a table, while the phone fits like a glove.

So if you weren’t really able to give the best on the ring and you were playing on a tablet, it might be the device itself that was making things a lot more difficult for you.

This would be all that we have for you today in terms of Undisputed Champ tips and tricks. If you have additional recommendations to make, don’t hesitate to let the world know by commenting below.