Home News Undecember Gets a Launch Event to Celebrate its Global Release on Mobile... 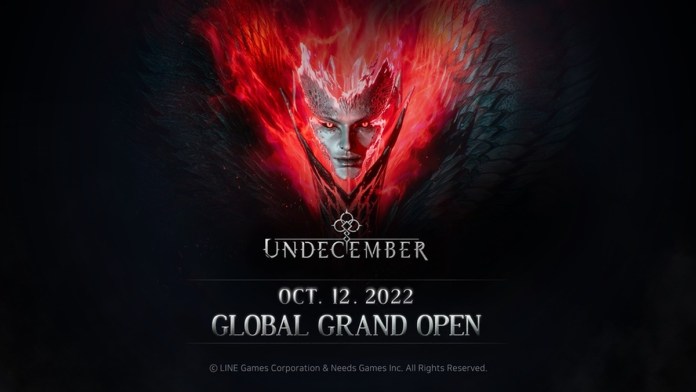 This article is sponsored by Undecember

Undecember, one of the breakout titles during last week’s Steam Next Fest, is out now on PC, iOS, and Android.

Developed by Needs Games and published by LINE Games, Undecember is a graphically impressive action-RPG that made waves when it went live in South Korea earlier this year.

You’re playing as a Rune Hunter, finding and equipping Runes left behind by the 12 gods who created Traum and using them to defeat Serpens, the evil 13th god who’s trying to destroy everything.

In practice, that means you’ll spend your time running around a series of visually splendid environments mowing down monsters in a huge variety of ways.

On the face of it, Undecember is a fairly conventional action-RPG, albeit better-looking than most. But it’s not just a pretty face, showcasing an innovative classless growth system that gives you unlimited scope for customizing your hero.

Each Skill Rune in Undecember is hexagonal, with six open faces. You can use Link Runes of the same color to customize these skills, and there are more than a hundred different Skill Runes to experiment with.

There’s a huge variety of gear, too, and a unique Zodiac growth system, giving you pretty much limitless character permutations to explore.

Undecember’s story campaign has ten Acts at launch, with more to come. There are several modes on top of that, including Spire of Barrier, Chaos Dungeon, Void Rift, and several different PvE raids to carry out with your friends.

Plus, LINE Games is holding a week-long event to celebrate the game’s global release. For the next seven days you’ll be able to claim daily login rewards and take part in special missions for extra loot.

So you’d better hop to it. Download Undecember for free right now on the Google Play Store, the App Store, or Steam.