Home News Undecember First Impressions – Does LINE Games’s RPG Live Up to the... 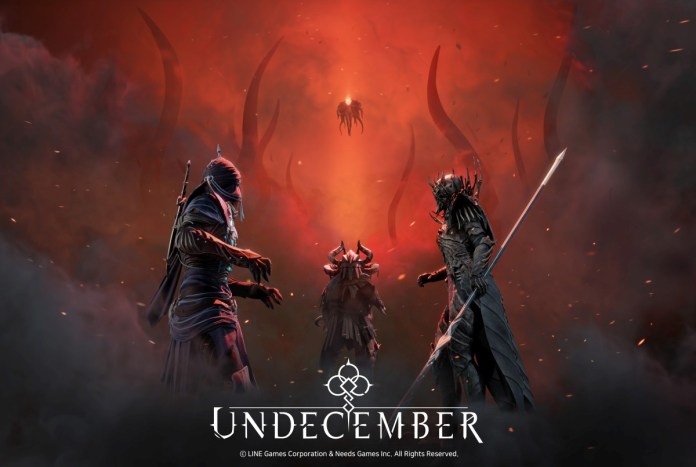 This article is sponsored by Undecember

If you were to create a word cloud from everything that has been written about Undecember in the last year, the biggest word would be “impressive”. Or possibly “stunning”.

That’s because Undecember LINE Games’s hotly anticipated action-RPG is impressively stunning, with graphics that look great on a PC monitor and pretty much unbelievable on a tiny touchscreen.

Having launched earlier this year in South Korea, Undecember is finally available globally, and we can confidently state that it looks just as good in action as it did in the trailers.

But how does it play?

The first thing we noticed when we booted up Undecember for the first time – apart from impressively stunning presentation, of course – is the fact that it’s truly cross-platform.

In fact, there’s probably a slight bias towards mobile. This is evident in the occasional prompts asking you to touch the screen, and in the PC controls, which see you moving your character around with mouse and cursor rather than WASD.

Your primary attack is bound to the right might button, and your various skills are bound to Q, W, E, and R.

The good news is, it works. Roaming around the map and hacking waves of enemies to bits is just as gratifying here as it is in any good hack-and-slash RPG.

Plus, Undecember supports physical controllers on both PC and mobile, so all tastes are catered for.

Story-wise, Undecember charts a familiar course through several fantasy tropes, albeit in a fairly spectacular way.

You begin with a prologue section, with an impressive array of powers. Then you find yourself on a platform, which is strapped to the back of a gigantic creature called a Sand Walker.

It’s an impressive set-piece, and an ideal showcase for Undecember’s graphical prowess.

The Sand Walker’s journey comes to a tragic end, and you wind up in Malo Front, a tiny village hub that serves as your base for the missions to come.

Effectively a menu screen that you can walk around, Malo Front is a rickety clifftop settlement containing standard RPG amenities like a Blacksmith, a Peddler, Storage, a Mailbox, a Recruitment Board, a Mystic, and a Waypoint leading to other parts of the map.

It also contains human players to interact with, and NPCs talking to themselves about Bandits, Dimps, and other local inconveniences.

By this time you’re already armed with a bow and a sword, along with a number of skills.

Undecember is completely open, with a much-hyped classless growth system, so you’re free to equip whichever weapons and skills you like.

The only caveat is that a skill needs to be compatible with the weapon in your hand. You won’t have much joy with your Spread Shot or Rapid Shot skills if you’re not actually holding a bow.

Skill Runes in Undecember are hexagonal, and each of their sides is colored. To use a rune you have to place it in a hex grid, and if you manage to place a matching Link Rune next to one or more Skill Runes you can modify them.

It’s a neat system that turns rune-placement into a sort of mini-game in itself, as you search for the most efficient possible configurations on the board.

Whatever loadout you choose to go with, you’ll have plenty of opportunity to test it in battle.

Venturing out from Malo Front takes you to the Yellow Wastelands and other areas beyond. Here you’ll hack down giant spiders, Dimps, wolf-like creatures, scorpions, dragons, and bosses, before looting their bodies and heading home via your deployable Return Portal to spend your spoils.

Over time you’ll be able to cultivate your character in any direction you like, which is another one of Undecember’s many selling points.

After a couple of hours in Undecember, we’re still having fun.

Undecember also celebrates Halloween from October 26th until November 23rd. This would be a great time to jump into the world of Undecember as there will be some valuable loot given out. More information can be found on the official Discord or Website.

It remains to be seen whether the game stays fun once the difficulty ramps up and the fairness of the free-to-play system comes under strain, but our first impressions are pretty positive.

Undecember First Impressions – Does LINE Games’s RPG Live Up to the Hype?