Home News Ubisoft’s The Mighty Quest for Epic Loot Returns to Mobile as a... 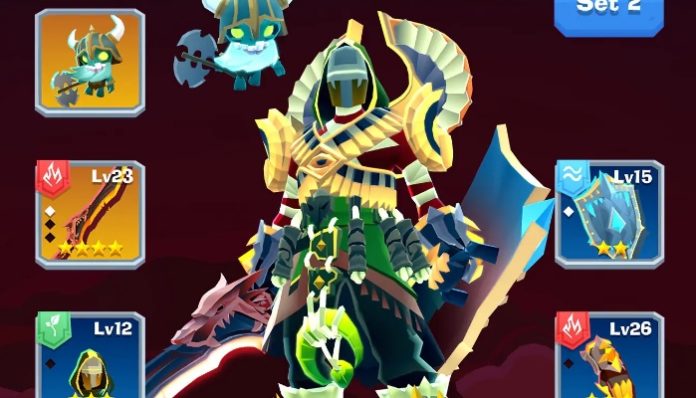 Sometime ago in 2015, Ubisoft released a unique dungeon crawler called The Mighty Quest for Epic Loot. Players created their own hero and also designed their own castle to live in. They could set traps and soldiers to defend their castle, and you had to really think about it because other players could raid your castle and steal your loot!

The game, while enjoying a good initial release, fell off the map pretty quickly. Just a year later Ubisoft pulled the plug on the game, and released a mini version of the game on mobile that did not have the castle building portion of the game. That version was pulled eventually as well.

But now, Ubisoft seems to be primed to bring the game back once again. The Mighty Quest for Epic Loot has appeared yet again on the new release window on the App Store and Google Play Store. The game is now set to launch on July 9, 2019.

The core premise of the game remains the same: you control a hero and tap and slash your way through dungeons chock full of baddies, all in the name of some good loot. However, there seems to be more of an emphasis on single-player content this time around.

Players will explore the world of Opulencia, a sky kingdom full of floating castles. Each castle now has a unique boss, and defeating them will put you one step closer to discovering the truth behind the world.

Conversely, there is less focus on PvP modes now. Castle raiding and building is no longer a thing, but players will still be able to fight each other in arena duels, if you enjoy PvP action like that.

Pre-register for the game on the official Ubisoft website now to receive some special in-game rewards when the game launches in July!