I am a big fan of collectible card games aka trading card games and I was really happy when I heard that Kongregate is bringing Tyrant Unleashed to iOS. A futuristic deck-building game featuring alien technology, artifacts and commanders that you have to keep alive if you want to succeed, Tyrant Unleashed shows that even though mechanics remain basically the same in CCGs and there’s already a huge offering of such games, you can still have a great deal of fun playing it!

In case you are new to the genre, the concept is simple: you need to build a deck of cards – the best combination you can get, each with its own special stats and characteristics. You have cards that deal damage, cards that heal or improve the stats of other of your cards and everything in between. Each card has an attack power and a health number and they are played against the cards of the enemy, with a single goal in mind: destroy all the cards of your opponent and be victorious.

It might sound simple for those who haven’t played games in this genre – if there are such people left, really – but the truth is that strategy pays an important role, together with luck – luck of getting the right cards and luck of getting them in the order you want them when you are in battle mode. 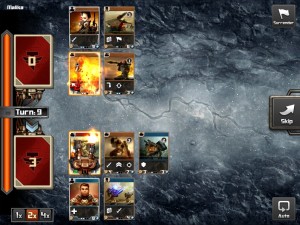 Interesting is the fact that there are multiple factions in Tyrant Unleashed, such as the Imperials, Raiders, Bloodthirsty and so on and some of their special powers only work with cards from the same race. For example, a Bloodthirsty might only be able to increase the attack of a Bloodthirsty and so on. This adds an extra degree of challenge and heavy planning. And as if this was not enough, you also have to take into consideration that most of the cards will only start working after a set number of turns, so planning and adjusting are always required and this makes the entire game a lot more fun.

Your cards can also be upgraded using special points that are gathered from winning battles against other players or by destroying cards in your deck. The good thing here is that you see exactly how the promotion will go and what improvements it will bring to your cards, unlike most of the other games where you are blindly promoting without really knowing the outcome.

There is a pretty nice campaign that you can play in single player for new cards and gold, but you can also test your deck online against thousands of players and you have the chance to earn their artifacts too, which will grant your commander extra power and give you all the reasons to keep playing online. 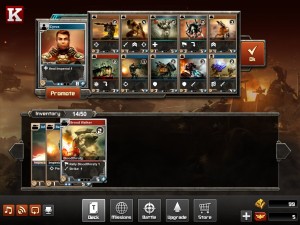 Although a free to play game with IAPs available, Tyrant Unleashed doesn’t leave you with the impression that you have to pay in order to win. I have played a few solid hours during the weekend and I never felt the need to purchase anything in the game. Or, better said, I never felt obliged to make a purchase in order to complete a level. Indeed, purchasing some items with real cash would speed up things for you, but if you are patient and a good tactician, you can enjoy the game for free! And it’s really enjoyable, really! 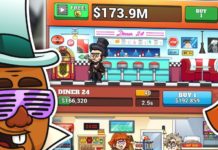