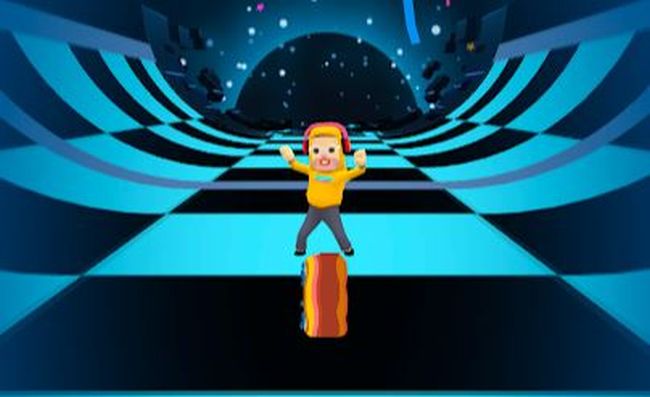 In today’s article we are going to give you all the Turbo Stars tips and cheats to help you win the races against other players and collect a lot of goods in the process!

There are several things which you can do to improve in the game, but if you’ve been playing for at least 5 minutes, you can probably tell that it can get very competitive – for me at least, since I always want to win! And if you are the same, then you came to the right place!

And that’s exactly what we are going to do right now, so let’s not waste another second and dive right into the Turbo Stars tips and tricks right here below and tell you how you can win more races easier!

During the races you will spot quite a lot of Coins in various places. I suggest that you go on ahead and collect as many as you can, while still staying on track. The Coins will help you make a lot of useful upgrades, which will come in handy especially later on in the game when you’ll compete with players who made upgrades.

Try to go for the coins which are the easiest to get, which are usually on the sides. The ones in the middle are also pretty easy to collect – honestly all that you have to do is get just a few per each race, and eventually you will make all the upgrades you want.

There are several boosts which you can collect as well as plenty of other collectible items. I suggest that you try and collect them because they will help you either get more Coins, or give you various loot. The boosts are quite easy to get, all that you need to do is walk through them!

You don’t really have go to 100% through the middle, if it is super difficult – just try to touch the boost area as close as you can and you will get it! That doesn’t mean walk by it completely! So try to go for them, because they will make a big difference!

These are some of the boosts in game:

– Coin Magnet: collects all Coins around you without having to walk through them.

– Spinning Blades: this will give your character some spinning “blades” around it, which will make it difficult for other players to knock you down when riding over you. It will also help you knock others off when they get close!

Play the bonus levels and collect as much as you can

Sometimes there will be some bonus levels which you can play, and in those levels you will not be competing with others. Instead, you will have to run and collect as many Coins as you can!

Whenever there is such a stage I suggest not skipping it or trying to avoid the Coins, because these can really help give you a big Coins boost! So try to do your best during these stages and most importantly, pick up the Magnet! There will be a Coin Magnet which you can pick and you should get that because in the bonus level there will be some Coins which you can’t reach otherwise.

Watch an ad to get the VIP Prize!

For a really big Coin boost, you should definitely watch an advertisement to claim the VIP Prize which consists of a few thousand Coins! This is available after playing the Bonus Level, so I suggest that you don’t skip on it because the Coins from this VIP Prize are worth a lot (more than 4 rounds of playing the normal races).

Since you want to make plenty of upgrades, this is a good way to do so, or to simply collect the Coins so that you can purchase a new customization!

After each race you will see a pop up with the next reward, as well as your progress towards it. This reward can be anything, from new boards, to skates, or customizations. If you are about to receive something really cool, you can choose to watch an advertisement to boost the % of the progress!

However, if you are not really fond of it, you can just play the normal races to collect %. Don’t worry about missing out on the reward however, as long as you play, you will eventually collect all of them!

Make upgrades to your skills

There will be three skills which you can upgrade in the game, so if you want to really win all the races there are, you should invest your Coins firstly in these. I will tell you how to make the upgrades so that you will always win first place!

– Speed Upgrade: The speed is one of the most important features in the game. Since you want to win every race, you will need speed! So therefore I suggest that you put 5 or so points in the Speed for start, because that will give you all the boosts needed to ply through the first levels and win on first place.

– Coin Bonus Upgrade: The amount of Coins you get for collecting in game Coins is also important because it will help you make more upgrades sooner, so try to add a few points in this as well and level it as you go.

– Start Boost Upgrade: This will be the boost your character can have at the beginning of the race. It’s true, a good head start can make your game, but it’s not super necessary if you know what you are doing. You can only add 1-3 points in this early on, because even if you’re not first at the start, you can catch up when the speed boost kicks in!

As you progress more and more, past the early stages, you should focus on the skills in this order: Speed Upgrade -> Start Boost Upgrade -> Coin Bonus Upgrade.

Because all of the skills are necessary for a good game, you can also try and level them up one by one – it’s not wrong that way either!

Get new customizations in the Shop

There are quite a few items which you can switch in the Shop to make your character unique! I will walk you through all of them and tell you how you can get more for free!

The color change is pretty simple – just tap on the color wheel in the top right side of the screen. It might ask you to watch an advertisement for that, so if you want to have a unique color, just keep spinning this!

In the body section, you will see at the very top, under the “Turbonauts” section a few complete characters. these can be unlocked by either paying Gems or Coins, or by reaching the level required to unlock it!

There are several rides that your character can have – you can check them out in the Wheel tab from the Shop. There you can also see the option to get free 25 Gems by watching an ad! So if you are short on Gems or you just want to save up as many as possible, make sure that you watch that ad!

Get a new dance:

The character can have different moves or victory dances – you can change them in the third tab there, the one with the smiley face. These actions will only be unlocked by using Gems.

As I previously mentioned above, there are a few ways that you can acquire more Gems for free. To obtain 100 free Gems in just a couple of seconds without watching an ad, all that you need to do is head on to the Shop, and there open the last tab.

Once you did that, you will see in the bottom of the screen a few options that the game gives you to support their Social Media. All that you need to do is tap on each one of these options and then head back into the game. Each of the options gives you 25 free Gems! So make sure that you do it because it’s really easy and worth it!

During the stages you will be able to collect some Keys just like you would pick the various boosts (Coins Magnet and such). Every 3 Keys that you collect you will get the pop up that lets you open 3 Chests.

At the top of the screen you will see the big prize that can be hidden in the rewards – if you don’t get the reward from the first 3 Keys, you can choose to watch an ad to get 3 more, and then 3 more so that you can open all the boxes!

So if you are on the hunt for Coins, Gems or the random free item, then it’s definitely worth opening all the boxes!

Do as many tricks as you can

In order to win the races, there are a couple of things that you need to do – first one, would be to tap and hold on the screen and move left – right. Make sure that you try to avoid all the obstacles because those will slow you down.

Also, try to run over all the edges and platforms because your character will make air tricks, which will help you get some extra Coins!

These would be all of our Turbo Stars tips and tricks that we have for you right now! Do you know some more useful game tips and strategies? Feel free to share them with us down in the comments section below!