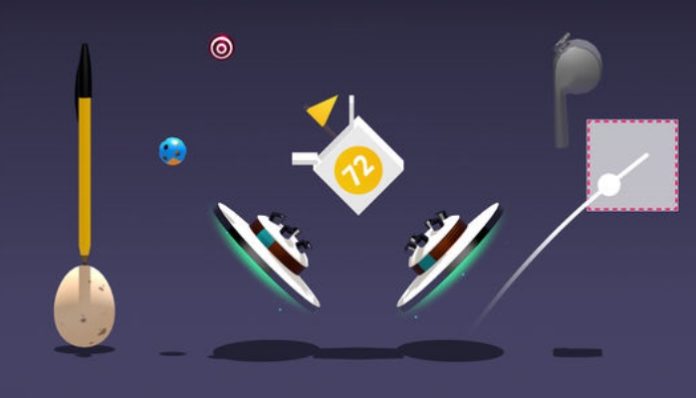 “Simply get the ball in the box. How hard can it be?”

When a game’s description opens with that, you know you’re in for a ride! Trick Shot 2 is the newly released sequel to last year’s one-shot wonder game. With plenty of new contraptions and gizmos, it’s time to make the ultimate trick shot.

The original Trick Shot had you hit a ball into a small goal using nothing but the power of physics and gravity. You’ll need to make some trick shots off of walls, bounce pads, and even portals to get into some of the more challenging goals. 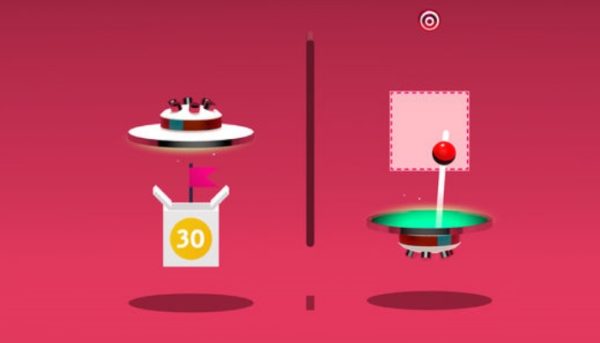 This time around things are getting even crazier. With the newly implemented modules like rotators, levers, buttons, auto-moving platforms and more, the challenges in Trick Shot 2 will demand clever thinking and a good hand.

And now for the first time, you’ll be able to try your hand and creating your own trick shot setup – Trick Shot 2 comes equipped with a built-in level editor! Create your own level and share it with players to see who can conquer your challenge. All levels in the game were built using the editor, so you know it’s good!

If you’re like us, then you’re a sucker for those “simple to pick up but difficult to master” type of challenge games, then Trick Shot 2 is the perfect game for you. With new levels on the way via free updates, there’s no end to the challenge!

Trick Shot 2 is available now on the iOS App Store for $2.99. An Android version is coming soon!