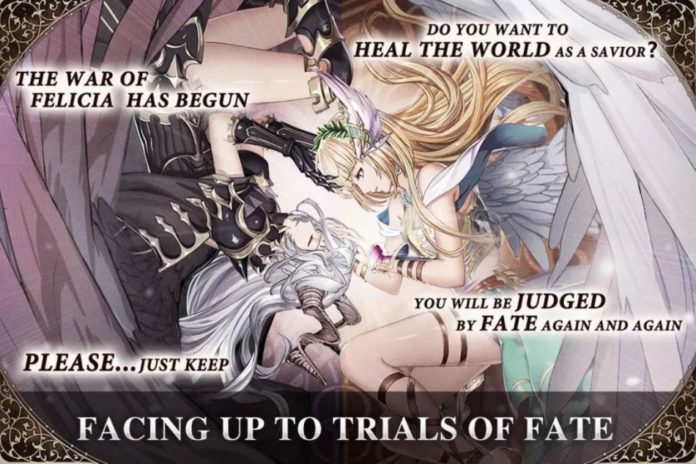 In today’s article we are going to cover all of the Trial of Fate tips and cheats that we gathered so far and share them with you, so that you can have an easy time dealing with all the trials ahead.

You might think that the game is pretty easy at start since it gives you good heroes and the stages are not difficult at all, but let me tell you this much – it gets difficult quite early on, and if you don’t start working on upgrading your heroes, then you won’t have quite such as easy game as you might think, so therefore I am here to tell you all that you need to know!

So, are you ready for all of our Trial of Fate tips and tricks? Then let’s not waste another second and dive right into them!

Fight the normal stages and level up fast

You should first fight several times in the Campaign mode so you can level up your profile and unlock various game features which will help you advance in the game. Another thing which should be pretty important when it comes to leveling up is acquiring level 10 and 20 fast.

I think that the fastest way to level up at start is by progressing through the Campaign mode, because not only it gives EXP, but also Runes and those will help you make your heroes stronger.

There are 3 difficulties which you can play on – Normal, Hard and Elite. You start on Normal, but after you clear stage 3-Boss you will unlock Hard, and once reaching level 30 you’ll unlock Elite too.

When you are fighting, you will see on the bottom side of the screen a “1x” or “2x” if you tap on the “1x” once – this means how fast the fight is going! I always prefer to have it on 2x, because no matter if you play manually or with Auto, it’s better to finish them faster.

Whether you play on 1x or 2x you can turn on Auto Mode, which will automatically cast the heroes’ skills for you. When you want to use this you should keep in mind that the game will use the skills as soon as they go off cooldown, so if you want to use them at a certain time, use manual fight instead of Auto.

I suggest using Auto when you are in the first stages of the game, and not during boss fights, unless you are 100% certain you can take it on. Otherwise, it’s better to manually fight them, because you can then use the heroes’ skills when you see fit.

Claim your online rewards every day!

The online rewards can be seen on the right side of the screen in the main interface. There, you will see a button with a gift icon, right on top of the Adventure mode. You can claim these rewards multiple times a day, and make sure you do so because you will get quite a lot of Diamonds if you keep an eye on this.

Well, Diamonds aside, you will also get a ton of Gold, and if you stay online in the game for long enough, the 2h online reward is 50 Lilian Shards. These will help you star up the hero quite fast if you stay online every day in the game – so if you want to ensure you have a decent hero upgraded fast, this is one of the best ways (and free also)!

Tap on the enemy you want to take down first

When you are fighting, you can tap during the fight on a certain enemy – let’s say an elite monster or a healer or a more powerful enemy, and set your team’s focus on that one. This is especially useful when you are facing multiple enemies, and you want to take down the most annoying / powerful one down first.

This game might have auto play by default, but if you really want to ace the levels, you should make sure you also don’t die before taking the enemy down. You can (and should) avoid enemy attacks by tapping and dragging on a hero across the battlefield.

When you do this, you are basically moving that hero around, and hopefully avoiding enemy attacks. You should do this when you are fighting powerful enemies and especially bosses, because their attacks can be fatal on some less-tanky heroes that you have.

You can move your heroes around even if you are playing with Auto mode on, so if you want to ensure your victory, make sure you keep an eye on the enemy attacks and try to avoid them!

You might have noticed this or not – either way, it’s a major thing that has quite a big impact on your game. When you are forming your team, the spot where you deploy your heroes will give the deployed heroes certain extra stats. You should pay close attention to these stats and deploy the heroes right.

The places where you deploy them can give Crit Rate, Magic Power, Physical Attack, Magic Resist, Armor and Maximum HP.

One of the best things you can do is gather up 990 Diamonds and take advantage of the 10x Summon which is 50% off. So basically instead of paying 1980 Diamonds for 10 summons, you will pay 990 Diamonds, which is super good.

After you did this summon, you will have another 15% off for your second summon, which will be basically 1683 Diamonds for 10x Summons. After this, there are no more bonuses, which is why it’s super wort it to do it as soon as you save up enough Diamonds.

The game will have quite a lot of events, among which Summoning events. The summoning events increase the chance of certain heroes, and you will also benefit from the first summon discount, so during those events you will also pay 990 Diamonds for 10 summon attempts.

If you want to get a certain hero, make sure you try your luck during those events, because they really work and are definitely worth it.

Rank Up and upgrade your heroes

There are so many ways that you can enhance your heroes, but to give you a brief guide about this, there are 4 main ways of making them more powerful:

– Upgrading a hero: This is used to mainly level up your hero. You can feed them various XP items, and that will increase their stats, according to their level.

– Ranking Up a hero: This will be very obvious when it comes to the hero’s border – it will go from grey, to green and so on. Ranking up a hero can be done by collecting the certain Runes it needs, and once you have enough, you can increase the hero’s rank.

– Awakening a hero: This will basically star up your hero. You will need to collect enough of that hero’s shards, so it’s going to take some time, but by doing this you can make any hero you like and is strong even stronger!

Upgrading the Formation level can give the heroes some extra stats depending on the place where you deploy them. Keep in mind that formation level is not the same as player level!

This is going to cost quite a lot of Gold, so make sure you upgrade it whenever you have enough Gold, because it’s definitely worth it.

This is a very good feature which you can benefit from by heading on to the main interface and checking the top right corner of the screen. There you will see a Bonus option! Head on to the Bonus -> Watch and there you can watch a total of 5 ads to claim free rewards, among which a ton of Gold, Diamonds and much more useful items.

These would be all of our Trial of Fate tips and tricks that we have for you right now! Do you know some other useful game tips that you want to share with us? Leave them down in the comments section below!

Trial of Fate Cheats: Tips & Guide to Pass All Stages