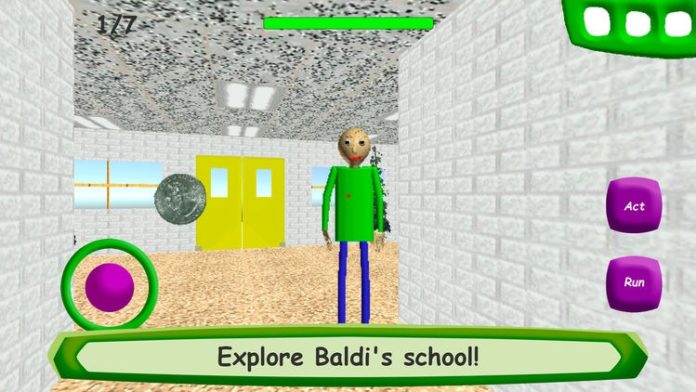 Uhoh! Your friend left their notebooks at school. Thanks to your unlimited generosity, you volunteer to go grab them for him. While you are searching for the notebooks, you run into the friendly teacher Mr. Baldi. Since you are already there, you figure you could practice some math while you search for the notebooks. Sounds innocent enough, right? Well…

Baldi’s Basics in Education and Learning is a first-person adventure horror game that mimics old education games from the 90’s. It pulls this off by using intentionally bad pseudo-3D art with midi music and low-quality voice samples. Originally created for a game jam by “mystman12,” Baldi’s Basics has since exploded in popularity due to many famous YouTubers playing the game, like Markiplier. 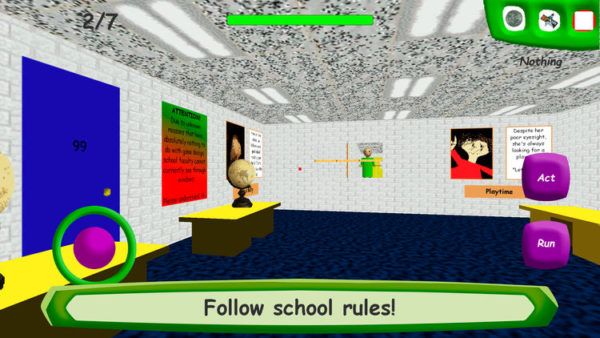 Players will be greeted by Baldi once they enter the school. The atmosphere is friendly enough, so nothing can go wrong, right? Well, once you find a notebook you will be prompted to answer a few simple math questions. On the second notebook you will find something not quite right, and soon enough all hell breaks loose.

Getting the answer wrong makes Baldi very, VERY upset, and suddenly the background music stops and all you hear is the faint slapping of a ruler against a palm, like someone is coming to punish you. Baldi stalks you through the halls of the school, and you must avoid him while finding the rest of the notebooks. 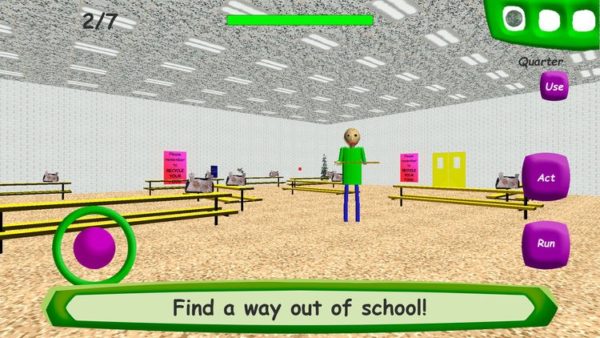 There are other people in the school that serve to impede you, so you need to be careful! The little girl with the jump rope will force you to play with her and will not let you go until you do so, leaving you open to attack. The principal will force you into detention if you break the school rules, which makes you a sitting duck!

Baldi’s Basics turns a unassuming school into a literal nightmare, and you must fight to survive! Escape the nightmare now in Baldi’s Basics on the iOS App Store.