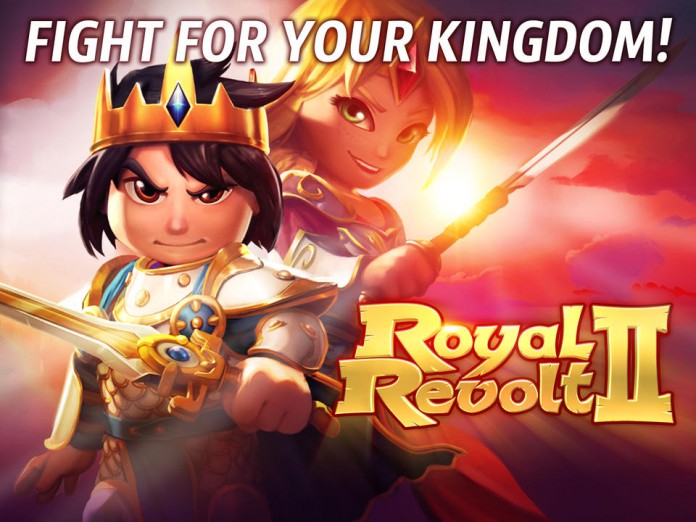 A new interesting tower defense game is now available for download on the App Store. Fans of the first Royal Revolt game will be happy to know that its sequel has finally been released.

Royal Revolt 2 bears a striking resemblance with one of the most successful games released on iOS Devices: Clash Of Clans. The new game, however, has enough new going on that gamers will have no trouble setting the two of them apart.

Like in the original Royal Revolt, gamers will have to destroy the enemy’s tower by ammassing and using troops. Unfortunately the enemy will be trying to do the same to you, meaning that you will have to strengthen your castle as well as thinking about your offensive capabilities.

Unlike Clash Of Clans, however, you will be able to control your hero during the action, following a set path for the castle. Last, but not least, the game has full 3D graphics that look incredibly nice.

Royal Revolt 2 is now available for download on the App Store. The game is completely free so make sure to give it a spin if you’re a fane of Clash Of Clans and want to try the same experience with a few interesting twists.