Home News What Dragon Trail: Hunter World does differently to other Mobile RPGs 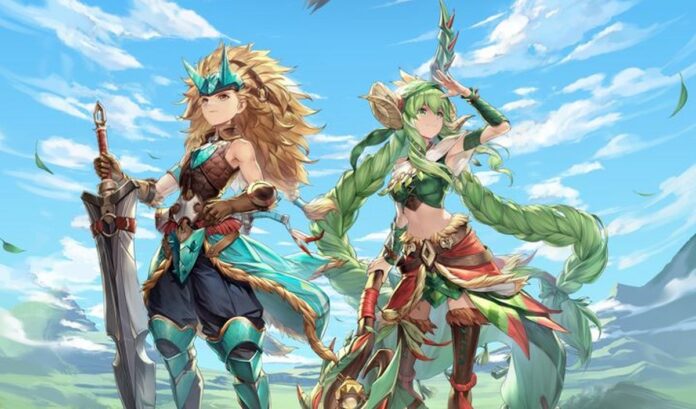 This article is sponsored by Dragon Trail: Hunter World.

Dragon Trail: Hunter World is open for pre-registration on the App Store and the Google Play Store in Europe and America.

Already a hit in several regions throughout the East, Dragon Trail: Hunter World sees you playing as a young tribe member chosen by a baby Fire Wyvern to continue the work of his missing father.

That means revealing the prophecy of the Book of Loyat and uncovering its mysteries, all while growing and evolving a menagerie of island pets and using them to fend off the evil dragons that are harassing your fellow tribespeople.

In the end, you’ll not only need to protect your island and make a ton of friends, but you’ll have to uncover the mystery of your father’s disappearance. Easy peasy.

A glance at the screenshots, and at the brand new CGI trailer below, will tell you that Dragon Trail: Hunter World is an absolutely stunning mobile game, with lush backdrops, impressive 3D graphics, and an array of distinctive animal and costume designs.

It boasts a rich, original mythology, too. Your fantasy home of Star Island is practically a character in itself, with lush forests, verdant planes, and other geographical features besides.

This island is home to a weird and wonderful array of creatures, including Icy Bears, Mammoths, Bluish Parrots, and of course a whole heap of dragons. To find them you’ll need to explore every corner of Star Island since they all have their own preferred habitats.

Some animals are naughty, some are sweet, some are adorable, and they’re all beautifully rendered. Naturally, they all have different skills, strengths, and weaknesses too. You need to make the best possible use of your pets’ abilities when you compile your very own Dragoncide Squad.

Once you’ve got a creature in your stable you get to work evolving it. Evolution makes creatures more powerful and unlocks new abilities. You should see what becomes of your once-adorable Fire Wyvern.

As you’d expect, the Warrior is a powerful and robust melee fighter. The Ranger, meanwhile, is a ranged attacker armed with a bow and arrow that she can use to track enemies. She’s also skilled at collecting intel and can summon wolves.

The Shadowhunter is a powerful melee fighter who has the unique skill of being able to sneak up on his enemies before delivering the fatal (or at least really painful) blow.

Compared to these bruisers, the Priest is positively saintly, healing allies and dishing out relatively little pain – just the kind of behavior you’d expect from a person of the cloth.

Just as you can nurture and train your pets to increase their effectiveness, the game’s mentor-disciple system lets you level up your own hero characters. Completing missions for your instructor lets you earn currency. You can then spend this on gear to improve your team.

The key to creating an invincible squad lies in leveling up the right characters, bringing along the right animals, and combining the right abilities.

We’ve played more mobile RPGs than we can count, but we’ve never played a mobile RPG quite like Dragon Trail: Hunter World.

For one thing, it looks unbelievable. Sure, the CGI trailer is slick, but you’d expect it to be. More impressive is the gameplay footage you can find on the official Facebook page, which shows the 3D graphics in all their flashy glory.

The art design is spectacular too, with a tribal aesthetic that we’ve never seen on mobile before – or at least never done this well.

And the whole thing is driven along by a powerful story with a satisfying narrative arc.

We can’t wait to see Dragon Trail: Hunter World in action. You can pre-register for it right now on the Google Play Store and the App Store.