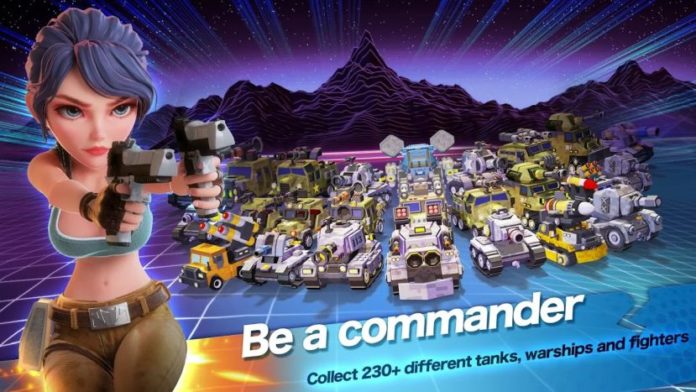 Top War: Battle Game is a mobile strategy game with some really unique concepts and mechanics – one that you can’t help but fall in love with. And we’re here today to help you with some Top War tips and tricks in our complete guide.

This is a massive game of increased complexity and there are a ton of things to do and have in mind if you want to be one of the best players – but there’s more than just playing it non stop: if you play it right, you’ll do better than most.

Our Top War: Battle Game cheats and tips below will help you do just that or at least make sure that you are completely aware of all the basic mechanics in the game, as well as how to take advantage of them all.

Top War changes the entire base building part of the game: instead of you having to buy a building, then wait for the required amount of time to pass before the building is ready (or the upgrade completed), you will have to merge structures in order to build them.

And the merging mechanics are the most important in the game, because they are also time consuming, especially when you’re starting with a very low level base building or unit and you can upgrade it several levels.

And even though there are mechanisms in place in order to prevent players to become invincible as soon as they start (like level caps and minimal timers for training units), this merging mechanism is extremely important in the game and you should do it constantly.

Whenever you have time, build a set of structures or units you can merge (I do it in sets of 8 each time) and start merging. You will never have too many units or buildings because simply increasing the level cap by 1 will turn your 16 troops into 8… and getting 16 again takes time!

This is why it is extremely important to always merge and have a plenty of back-up options available. Which takes us to…

Have more than just one building in each category

Since Top War: Battle Game has this merging mechanism in place, you are tempted to focus on creating a super structure and maybe a limited number of super troops, but that’s not a good thing to do.

Instead, have as many structures of the highest level possible in the game: more gold mines will make you more money, more barracks will let you build troops faster and so on.

The same thing goes for troops: the more you have (and the higher their level), the better armies you can build. Remember that even for sending out two armies at a time, you need a lot of units so never settle for just a few!

Extra tip: Whenever you reach a new highest level unit, you’re offered the chance to watch a video to get an extra one for free. Always take that offer as it gives you huge power instantly!

These are the three types of units that you can train in the game but apparently – at least at the moment of writing this article – it doesn’t seem to be a rock, paper, scissors mechanism in place with them.

In other words, a certain type of unit is not stronger or weaker against another type – just their overall power matters in battle.

This means that you should focus your attention on upgrading as much as possible one single type of unit (Land units are the easiest since you get them from the beginning).

Also, there’s another thing that has a direct influence over the different types of units: the Heroes. Some give specific (and usually major) bonuses to specific types of units. In this case, if you have a Hero that massively boosts the power of Water units, for example, you should focus on improving them the most.

UPDATE: After playing a bit more, I realized that once you hit level 22 or something like this, you WILL start to specialize your different types of units and land will become stronger against Air, Air against Water and Water against Land.

Alliances are always important parts of real time strategy games and Top War makes no exception from the rule.

So make sure to join an active alliance – one that takes part in all events, one that upgrades its buildings and is strong, but also make sure that the core of the members are in your time zone.

Even if you’re in the best alliance possible, if everybody’s asleep when you’re launching a Rally Attack, you won’t gain a ton.

So spend some time searching for that perfect bunch of people to play together with and when you find them, teleport to your alliance’s region (using a teleport card from your inventory) and make sure you play your part as well.

Select the best Heroes for the job

There are 29 heroes available in Top War at the moment and even though it’s not easy to unlock them if you don’t spend some real life money, you will still end up owning at least a bunch of them if you are active in the game, even as a free to play player.

There are a few important things to keep an eye on when deciding how to use the heroes you have and how to pair them with your troops:

The rarity of a hero is also important: while the highest rarity ones are starting with the best bonuses by defaults (orange heroes or SSR), it’s actually the SR and R ones that are easier to level up and especially star up because you’ll get puzzle pieces for them more often.

So when deciding what your main heroes are, spend some time analyzing what you have and which are the easiest to upgrade and max out in the long term.

We’ll also have an in-depth guide to heroes published soon, so stay tuned!

Focus on PvE early on

When you head over to the World Map, you can attack a lot of things there, including other players. While attacking others is definitely the most fun thing to do and can give you major rewards, you should actually focus on attacking monsters and farming instead.

Attacking other players not only comes with the risk of upsetting their alliance teammates and resulting in you getting blasted over and over again, but is also riskier troop-wise than simply attacking monsters.

There are three types of monsters you can attack, each offering after a win upgrade items for a specific type of troop or item:

So based on what you need, attack over and over again the unit that has the potential of giving you those items. Remember that the higher the level of the attacked unit, the more you will get as a reward.

And you can also farm resources from Gold Mines, Oil Fields and Farmlands – which is indicated to do while you are away from the game.

In order to help you automate the various resource gathering processes around your base, you will have buildings like the Auto Harvester or the Enhancement Factory that will work for a set amount of time before they stop working.

Make sure to constantly refill those timers – especially before you log out of the game, in order to make sure that you don’t lose any precious resources or items.

It’s something you usually forget soon after starting playing since it’s not a common feature in other games, but make sure to make it a habit to reset those timers!

Unlock new areas around your camp

In order to make more room for more buildings and units, you will have to unlock land plots around the camp. This is done by spending a large chunk of money first and fighting some angry mobs afterwards.

While the power of the troops you’ll be facing against will increase pretty fast, you should always make sure that you have unlocked the maximum number of land plots that you can based on your current power.

When unlocking new plots, also make sure that you get the ones that you actually need: either close to the water or on the ground. This is very important, because if you focus on building a solid fleet, you will need more water tiles than otherwise.

Keep an eye on your inventory

During your first few days in the game – and even afterwards – you will receive all sorts of goodies that will be stored in your inventory. These include various types of loot boxes that will make your life easier.

Apart from the ones that give you gold based on your mine’s production, all the other boxes can be opened as soon as you get them without the need of horading them for later use.

These boxes can contain extremely useful upgrade materials for your researches, meaning that you will level up faster in the game and also unlock higher level buildings and troops -also faster than grinding on the world map.

So make sure that every now and then you run through the inventory and open all boxes you have collected.

Be active in all the in-game events

There is a multitude of in-game events running at all times and while simply being active and performing task at inside your home base and on the world map will generally be enough to see you unlock most rewards, it doesn’t hurt to check out all the events and see their requirements.

These events usually offer top items and rewards, including unique boosters and customization elements (like avatar frames or new designs for your base) and it’s worth getting them all as soon as possible.

If you want to have a much easier life in Top War: Battle Game, you should consider becoming a VIP This is done by spending real money, but if you have nothing against this, it’s worth it as many things will be easier when you are a VIP.

However, I would say that it becomes really useful only once you reach VIP level 4, which gives you more stamina and a Wild Boss attack bonus. All levels after this one add nice boosts.

The problem is that you do have to spend quite some money to get there: the cheapest recharge, for 50 gems, makes you VIP level 1 and gives you 6 VIP points towards the next level… and you need 30 just to reach VIP level 2.

So you will have to spend a bit of money, that’s a fact, but if you really like the game and you play it regularly, it will come with some nice benefits too.

Upgrade components for your troops

One last thing that beginners should keep an eye on early in the game is the Upgrade Component feature in the Research Center.

This allows you to add various boosts to your three types of units: land, water and air. There are all sorts of upgrades that you can get and you should be smart about placing them: use your best upgrades on your top units (usually Land – at least early on).

I prefer either DMG Increase and/or Hit Chance increase boosts for my main units – working down in terms of importance to water and air. Attack speed upgrades and Critical Hit Damage follow, rounded up by the health upgrade for your units.

These would be, for now, our tips and tricks for fellow Top War players. We’ll have more in depth guides ready soon, bu until then don’t hesitate to share tips of your own if you have any. 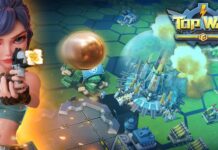