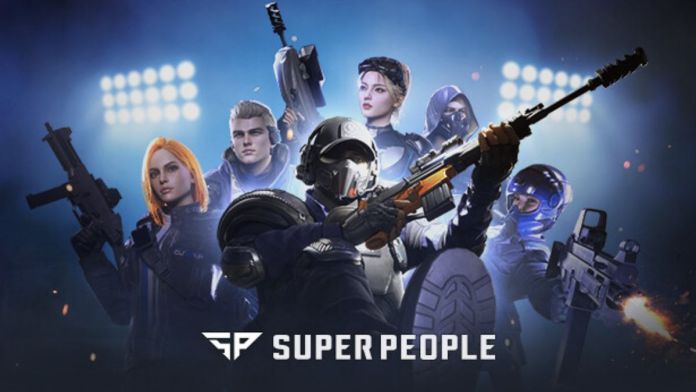 Which weapons are the most lethal in Super People? Given that there is such a massive new battle royale open to the general public and that there are a lot of weapons to locate all throughout Orb Island, it is a reasonable question to ask. Find out which are the top best guns in Super People on this page!

In contrast to the majority of other battle royale games, Super People takes place in a big, modern environment but has players assume the roles of random classes. These classes each have their own skill trees and ultimate powers.

Additionally, it gives you the ability to construct stronger weapons by allowing you to accumulate resources and ultimately create mythical versions of weapons that have enhanced damage.

The majority of the weapons in Super People have a strong recoil, which may make it difficult to regulate the pattern of bullet spray they produce. The following five firearms are the very finest examples of their respective categories. These firearms are simple to learn to use and feature a recoil pattern that is manageable to a certain extent.

The M416S is a dependable assault rifle in Super People that fires ammunition of the 5.56mm caliber. It is also one of the most reliable weapons in the game. It boasts some of the lowest damage per bullet of all of the ARs, but due to its steadiness and firing rate, it can be used consistently at any range, which is something that is incredibly crucial in this game. Its Mythical iteration is likewise one of the designs with a lower profile, with just a few hints of the gold hue here and there.

The UMP9 is the greatest submachine gun available for Super People, proving that not all of them are created equal. It possesses the greatest damage output and stability of any SMG, utilizes 9mm ammunition, and has a 30-round magazine. If you don’t aim well, its slower firing rate might be a slight disadvantage, but the rest of its numbers more than make up for it.

There are just two sniper rifles available in the game at the moment, and the KAR98K is unquestionably deserving of the title of greatest long-range weapon. It is obvious that it is a bolt action rifle, which means that it has a sluggish firing rate; yet, when compared to the X40A1’s single bullet, it is clear to understand why it is superior. This gun contains five rounds. Because of the sheer size of Orb Island and the verticality of the playing field in Super People, having a weapon with a significant scope is often necessary for a team, which is why the KAR98K is considered a vital piece of equipment.

Without a question, the SA-12K is the most effective Shotgun in Super People. The fact that this is the only shotgun in the game that can fire automatically makes it the ideal weapon for close-quarters combat. For a shotgun with such a high damage output, the most useful accessory would be an extended magazine.

Out of the three rifles that are classified as DMRs in Super People, the M1 Garand is considered to be the most effective option. Both the SKS and the Mini-R are clearly outclassed by this firearm because to its superior stability and range.

Another kind of assault rifle that fires 7.62mm ammunition is called the G3. The trade-off for it being semi-automatic and having 20 rounds in a magazine is that it has the greatest damage of any AR and even certain designated marksmen rifle category weapons. This is because it has the maximum damage potential of any AR. If you are accurate with your bullets, it has the potential to be one of the fastest time-to-kill weapons in the game, allowing you to eliminate enemies in a very short amount of time.