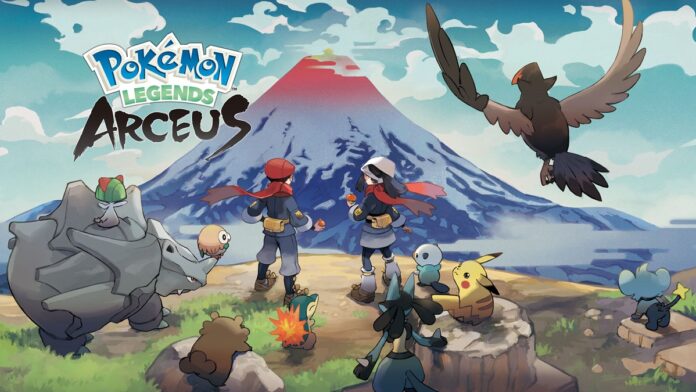 The Pokémon series has been a long-running franchise of games since 1996. Players old and new have been charmed by the series, and some of the games have done better than the rest.

So which games would be the best Pokémon games for people who have never played the franchise? Here are the Top 5 Pokémon games of all time!

Pokémon X and Y added an additional 72 Pokémon to the already huge roster of Pokémon after Pokémon Black and White. The games also introduced a new feature called Mega Evolutions. These Mega Evolutions upgraded 30 different Pokémon in this game, giving fully evolved Pokémon, such as Charizard or Blastoise, another temporary upgrade till the battle ended.

With these new graphical updates and the new Mega Evolution system, Pokémon X and Y managed to sell 16.53 million copies! With the Nintendo 3DS not being as successful as the company hoped, those numbers were beyond impressive for Nintendo. The commercial success that eventually followed afterwards made these games win the Golden Joystick Award for the Best Handheld Game of the Year.

Pokémon Diamond and Pearl were two of the most anticipated games to ever come out for the franchise. After the commercial success of Pokémon Ruby and Sapphire, followed by their sequel, Pokémon Emerald, fans were clamoring for the next generation of Pokémon games to release soon.

Then three years later, in 2006, Pokémon Diamond and Pearl released to critical acclaim. For the first time, these games were upgraded from the Gameboy Advance to the Nintendo DS. As per tradition, each of these two Pokémon games featured its own unique Legendary Pokémon with new roster additions, increasing the total combined roster of Pokémon to 493!

With combined sales of 17.67 units, these games were considered a major success by Nintendo. Following the success of these games, their expansion, Pokémon Platinum, came out in March 2009, with a new addition to the major story plotline and a new area with Giratina as the central focus.

The gameplay is largely the same as with the previous entries, but Diamond and Pearl do add a multiplayer option where players can battle against other trainers. The success of these games led them to win an award for the Best Handheld Game at G-Phoria 2007.

The first mainline Pokémon games to release on the Nintendo Switch, Pokémon Sword and Shield, were released to mixed reviews in the beginning. The graphical upgrades to the game along with a fully 3D third-person open-world experience got old-school fans intrigued and newer fans excited.

With a massive roster of Pokémon to work with, bigger than in any previous Pokémon game, Pokémon Sword and Shield eventually sailed past its predecessors in terms of sales as well. The later expansions, first with Isle of Armor, followed by Crown Tundra, were so well received by fans that the game sales boosted even further, making it one of the top 3 best-selling Pokémon games to date.

Harkening back to the old days with these next entries, we head back to 2000 and the releases of Pokémon Gold and Silver on the Gameboy Color. These games were a direct sequel to Pokémon Red and Blue, with the story following the exploits of the protagonist from the first games.

Set two years after the incidents of Pokémon Red and Blue, these games were widely considered to be some of the best games in the series. Pokémon Gold and Silver were initially released in 1999 for Japan and 2000 for North America. The game was hugely successful and praised by critics as an excellent sequel, managing to sell 23.1 million copies.

The games include 100 new Pokemon and a slew of new features which were unheard of at that point. Features like choosing the created character’s gender and Pokemon Breeding, along with new items like the PokéGear, were fresh additions to the franchise.

Unlike its predecessor and pretty much every game after Gold and Silver, this game features two whole areas: Johto and Kanto! It allowed the player the freedom to traverse between both areas post Elite Four, which was unprecedented. These bold choices made these games stand out the most and land at number two.

Well, did you expect anything else? These games started a multibillion-dollar franchise after all! The original Pokémon games were published in 1996 in Japan and 1998 in North America, for the old Nintendo Game Boy system.

The games were conceived by Satoshi Tajiri. As a kid, he had a hobby of collecting insects which, in his adult years, served as a base to create the very first Pokémon games. He wanted players to feel that same fascination he did with collecting creatures, except in the world he created, players could collect, raise, and battle each other with their creatures!

With such a strong foundational basis, Pokémon Red and Blue (Green in the Japanese version) were released to immense positive reviews everywhere. Kids and adults alike played the game, finding and collecting Pokémon and battling their friends with them.

Everything was new, discovering new lands, capturing new Pokémon, finding different ways to evolve them, running into Legendary Pokémon, and even finding out that your own rival becomes the champion! One of the best plot twists back in the old days! Since there was no widespread internet in most countries back in those days, everything was in an age of discovery and players all over the world were thrilled with everything they found!

After their releases, the games became massive hits, both commercial and critical. And as of today, Pokémon Red and Blue are considered classics by every gamers’ standards.

What did you think of our list? Do you agree? Let us know!

Top 5 Pokemon Games of All Time