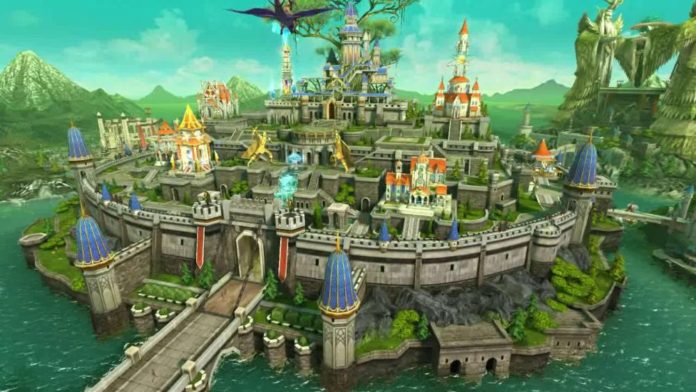 Titan Throne is a beautiful strategy game for mobile where you choose your own race and lead it to victory against other races controlled by other players. And we’re here to help you make the most out of it by sharing a bunch of Titan Throne cheats and tips in today’s article. The best ones, actually!

Because there is a lot more to Titan Throne than just good looks. The game does look amazing, that is true, but it is also complex and has tons of features and things to consider if you want to be among the best. And even though it plays mostly like other mobil MMO strategies out there, it has some nice features that set it apart, including the battles that you can directly control.

But for now, let’s stop praising this game and instead let’s focus on what we’re here to do: check out the top 12 Titan Throne tips and tricks below. These are mostly aimed at beginner players, but even veterans should check them out in case there’s something new to learn. 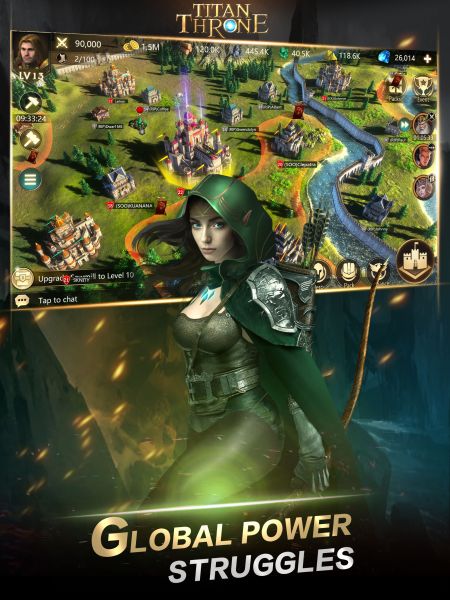 1. Upgrade all buildings ASAP
If you’re just starting to play the game, don’t wait to go through the main story in order to upgrade your buildings. Upgrade them all, ideally in the order recommended by the game.

Simply tap the hammer on the right (and the second one if you have it unlocked) and build the buildings shown there instead of going through them all by yourself. I still find it difficult to navigate through the buildings after all this time, so it’s best to follow this method in order to make sure that you don’t skip any.

Take advantage of the early free builds that you get and make sure that your builders are always working on something: the sooner you get all your buildings to a higher level, the better. Remember, when starting up, you want to get your castle to level 7 ASAP in order to unlock the second march (second hero) and make everything a lot easier to handle.

2. Always train troops of all tiers
You will never have too many troops, so make sure that you are constantly training new ones, even if your hero slots are filled.

Also, don’t forget that there are multiple tiers of troops available, and you can train one troop in each tier – so not just a single troop at a time. This means that you can train a maximum of 4 troop types at a time – which is exactly what you should do, focusing on the units you use the most in battle, but mixing them up as well to work on potential new strategies. 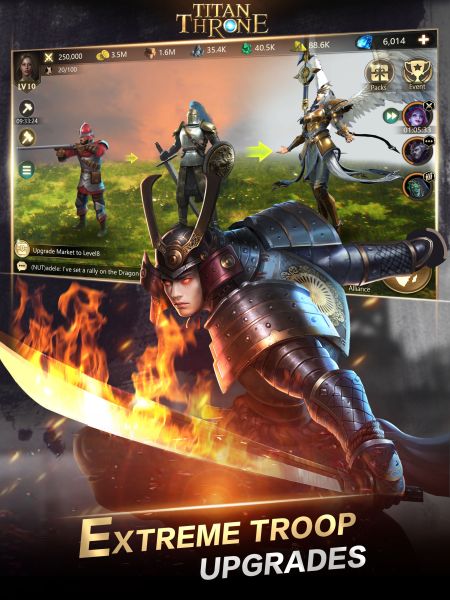 3. Constantly attack highest level monsters
Go on the world map and consume all the stamina that you have on attacking monsters roaming the map. You can tap the magnifying glass icon to search for monsters of a specific level, and you should always attack those of the highest level you can defeat, because that is where the biggest rewards are.

4. Join an active alliance ASAP
Being part of an active, strong alliance is extremely important as it will benefit you a lot in the long term. Finding it can be difficult, so don’t be afraid of joining multiple alliances and leaving for better ones if the ones you’re in are not strong enough!

Being in active alliance comes with a ton of benefits – and once you find it, use your teleport item and get somewhere close, within alliance territory so that you can participate in raids and take advantage of the protection of fellow alliance members.

Being in an active alliance in Titan Throne also gives you all sorts of boosts based on the Alliance Technology that all members work on unlocking, as well as all sorts of other rewards. 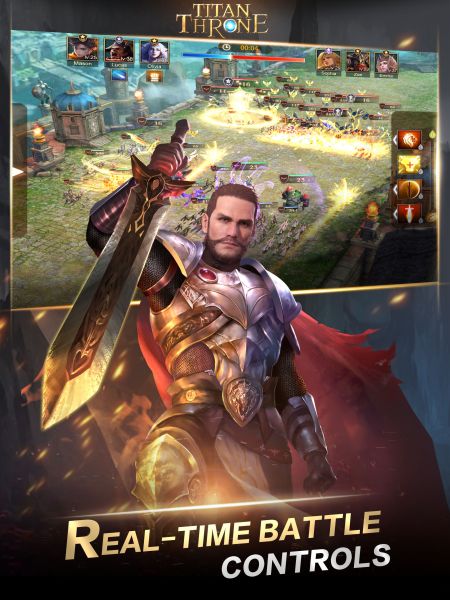 Going through these adventures is a bit time consuming since you have to take part in the actual battles, but it is really worth it in the end – and they’re also part of the main story line quests, which unlock great rewards too!

7. Constantly research new Tech
There are a ton of technologies to research in Titan Throne, and even though each new research is not a game changer, they all pile up eventually, making everything a lot easier for you in the game.

So work on constantly researching new technology, starting with the ones directly affecting your troops and leaving the ones that are related to resources for later. 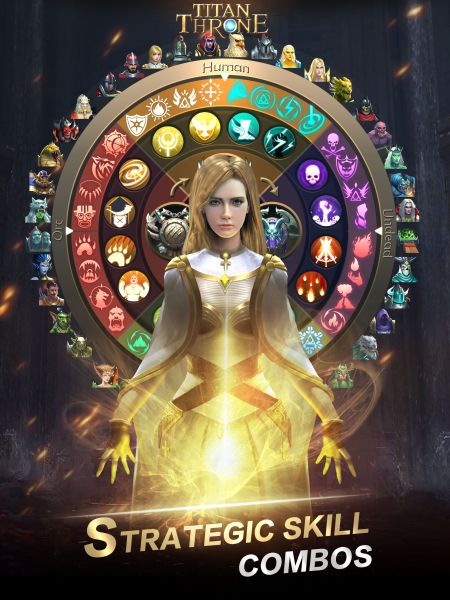 8. Hide your troops in the shelter
Hiding is not the most honorable thing to do, but it does keep your troops alive! Therefore, if there is an enemy coming your way and there’s no chance for you to defeat them, it might be a good idea to hide some of your troops in the Shelter.

Troops that are hidden will not take part in the battle, but also can’t be injured or killed. So it’s a good thing to do if you want to minimize losses in a battle you’re about to lose anyway. Just remember that placing troops in the Shelter has to be done constantly, as they won’t stay there forever!

9. Work on maxing out your main hero
You will unlock more hero slots as you progress through the game, but you will always have a main hero that will handle all the attacks and will be considered the main leader of your army.

So always work on improving that main hero first and making it awesome: it’s better than having two or more mediocre heroes that can’t really rise up to the challenge.

Give your best hero the best gear that you have available, Enhance them first and always visit the hero details and tap the “Quick formation” button in order to have the troop numbers filled and at maximum capacity at all times. There’s rarely a need to manually choose troops, though, as the Quick Formation option is smart enough to choose the best ones for your particular hero.

10. Win battles by playing your spells smartly
When you go into actual battle, you get a massive extra advantage: you can play spells based on what your current hero has unlocked. This gives you the upper hand in all cases, but you still have to play your spells right in order to easily win and minimize losses.

Know your spells – and especially the ones that you have leveled up the most and use them at the right time. There are area of effect spells that can hit multiple targets (so wait until they’re in position to be hit) or various spells boosting the stats of your troops.

These spells vary from player to player, so you’ll have to check out the details yourself and decide which are the best to use in battle for your particular hero.

11. Don’t rush to collect quest rewards
Trust me, no matter how powerful you think you are, you will be attacked and you will be defeated. This sucks, but it happens so it’s best to be prepared for it.

One easy way to make sure that you are ready to rebound quickly and regain some (or most) of your resources is to keep your side-quest rewards not collected. Just let them pile up there as they never expire and use them when you really need a boost of resources that they reward.

The same can be said about the resource packs that you will gather in your inventory: no need to use them right away – instead, wait for when you are really low on resources and using them will make a difference.

Using this simple strategy will help you get past all defeats and end up with strengthening your kingdom faster than otherwise.

12. Use boosts early on
The opposite thing should be said about boosts: don’t pile them up for later on, as they are much more useful early on in the game when the timers are already low and they make a real impact.

As your castle’s level increases, so will the waiting times, so those 5 minutes boosts will start losing value very soon. Therefore, use your boosts as soon as you get them and keep leveling up buildings, speeding up resources and troop management and you’ll progress a lot faster, making the most out of these boosts.

This is it for now, but we’re working on more in depth guides to help you get better at Titan Throne. And until these are published, if you have some additional tips of your own to share or maybe extra questions you’d like answered, don’t hesitate to comment below! 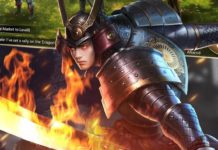