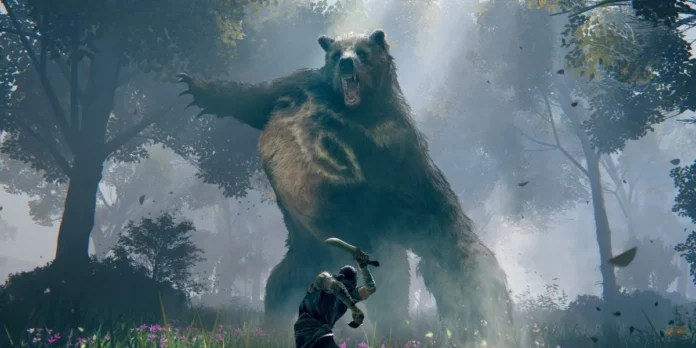 This is a top 10 ranking of the hardest mini-bosses in Elden Ring, in reverse chronological order, starting from the easiest to the hardest. Keep in mind that this is an opinion piece based on the build I have used. I am aware that these rankings will definitely vary for different builds and playstyles.

Without further ado, here is number 10.

Just as menacing as their overworld counterparts, only stronger and there being two of them in a small cave with enough room for them to maneuver and not much for players to avoid their combined attacks, these soulless monstrosities can kill players in a variety of ways. The Wheel variation uses a couple of sharp spinning wheel blades that can dice players and cause rapid blood loss, while the Swinging Sickle variation has a deceptively high range that takes a little getting used to. Apart from these issues, they also have a devastating grab attack that can take out a chunk of HP with no way to reduce the damage once the grab happens.

With so much danger involved in this fight, the only way it exists at rank 10 is because getting here requires the player to go through a special set of circumstances. The player needs to die to the Abductor Virgin enemy at the bottom of the water wheel in the Raya Lucaria Academy, but the death needs to happen with the Abductor’s grab attack only. This will transport the player to Volcano Manor, where this fight eventually takes place.

As a first impression, this boss did not seem like much. He seemed like a typical assassin-type enemy with quick attacks that players needed to find openings for. As the battle progressed on, however, his Black Knife attacks got more and more devastating, along with a grab that can almost one-shot lower Vigor builds. I am not embarrassed to say that I died quite a few times to this man, purely because I overestimated my abilities.

Alecto can be found in the Ringleader’s Evergaol in Southern Liurnia. The reason why this beast is only number 9 on this list is that he is optional and most players would not be able to get to this area unless they were following Ranni’s Quest. The fight can be easy or difficult depending on the player’s level. Anything above 80-90 should be good enough because his first phase might be deceptively normal, but his second phase with his Black Knife attacks can shred the HP of even 40+ Vigor health bars, with huge burst damage and lingering HP burn effects.

With his attacks being very similar to the few Black Blade enemies scattered throughout the game, the fight makes it very rewarding to finally finish. Even more so, since defeating him drops one of the best Spirit Ashes in the game as a reward.

Most players would have encountered this enemy early in the swamps of Liurnia. With not much variation to that model and several Revenant models later in the game, the Royal Revenant boss version is found in the Kingsrealm Ruins in Western Liurnia. To access this boss, players will have to hit and dispel the illusory floor of the ruins.

Once that is done, getting to the bottom of the ruins and triggering this boss fight makes for a highly challenging battle. With fast attacks leaving barely any opening and sometimes being able to destroy lower HP builds in one combo, along with its devastating lingering poison attacks, this enemy can be a complete nightmare for close-ranged fighters. The recommended way to go would be to utilize magic and keep a safe distance from it at all times, maybe throw in some Spirit Ashes for a distraction as players can whittle its HP down with spells till it dies.

This enemy represents FromSoftware’s typical introduction to players to their games, by pushing them into the deep end right away. With a devastating 6-hit combo (at least), a shield to fend off early attacks, opening players to an aggressive counterattack, and a huge HP pool that early players would not be able to defeat, it is the perfect tutorial boss to show players what to expect in this game going forward.

Players first encounter this monstrosity at the Precipice of Anticipation after waking up at the Church. If they manage to defeat it right off the bat (which is highly unlikely), that would be quite an achievement and they deserve to pat themselves on the back for it. The more likely outcome would be death, however, which sends players to Limgrave. This boss can be encountered later in Stormveil Castle and Mt. Gelmir, amongst other areas, as mini-bosses, but to take him on again in his boss form, players will have to teleport to the Four Belfries and use one of the Waygates there, which will take them to the Precipice of Anticipation.

Coming back here for revenge and defeating the Scion will yield the Ornamental Straight Sword which is a great weapon for the starting areas.

This huge undead bird may look like a grotesque creature spat out from the depths of hell with a twisted husk of a weak body, but don’t let its weird look fool you. It hits both hard and fast for having such a tiny frame.

This bird comes in two variations: The Deathbird and the Death Rite Bird. The Deathbird variation is the kinder one, by far, having only melee attacks and the occasional flying slam and swipe attack to watch out for. This is by no means easy however, especially on horseback due to the lack of invincibility frames, not allowing you to dodge in time without having a roll option.

With that being said, the Death Rite Bird variation decides that we haven’t had enough punishment and adds frost attacks to its repertoire. With added frost damage as combo finishers, blackfrost explosions and expulsions, and huge frost AOE attacks that can one-shot Torrent, this harbinger of death is truly a bad omen for whoever encounters it.

A darker re-skin of a mid-game boss that is encountered later in the game, and with good reason. The Bell Bearing Hunter hits hard, fast, and wide, so even magic builds are not safe from his wide slash arcs. These shaded apparitions give players great practice for when they face his corporeal form later on in the game.

The first major hurdle any player would come across once they step foot into Limgrave. The Tree Sentinel is a majestic looking knight, full adorned in gold, complete with a golden halberd and a golden greatshield. Once the majesty wears off, however, he is a relentlessly difficult foe for any player starting out.

Since he is literally the first field boss that players see when they start the game, it is highly likely that players have tried to engage him in battle (I know I did) and fail miserably…several times. Most players wouldn’t even have access to spirit ashes or Torrent the first time they fight him, leaving them at a severe disadvantage.

Once horseback is accessible, he becomes way easier since players can match his speed now. That doesn’t take away much from his challenging aspect however, since he still hits just as hard and wide with the halberd and taking a direct hit would almost definitely knock the player down and open for a follow-up finishing attack. Level up adequately before attempting to fight him.

One of several of the best knights in Godfrey’s army, the Crucible Knight ranks so high here because of how early it can be encountered in the game.

This dangerous enemy not only makes short work of most players, its heavy damage and erratic combos can throw veterans of the game for a loop as well. Even though there are several variations of this enemy later in the game, with halberds, spears and swords, this greatsword and greatshield variation is firmly branded in the memories of all early-game experiences for players.

After players manage to whittle his HP down, bearing heavy slashes, shield bashes and ground stomps, once he hits 50% HP, he starts to fly around and adds spectral dragon attacks to his arsenal. These are added as extensions to his normal combos making players have to relearn timings and dodges due to the new follow-up attacks.

Personally, being a melee strength character, this fight definitely gave me the most trouble early game, but it still falls short compared to the two coming up.

There is a reason why Black Blade enemies aren’t frequently showcased in the game. Just as with Alecto, Black Blade Kindred wields his own Black Blade with similar attacks, except his HP and damage have definitely been scaled for upper mid-game level.

With attacks being deceptively quick for his large frame, this massive gargoyle not only wields a powerful Black Blade but also a twin-blade that he can take out whenever he wishes to end the player’s life. The massive spinning attack is almost too fast to dodge and can shred 40+ Vigor builds like it was nothing.

Despite encountering this beast later into the game, he can be encountered earlier if the player continues with D’s quest in the Roundtable Hold, teleporting players to the Bestial Sanctum that this gargoyle guards. Although horseback is recommended for this battle, he will almost always knock the player down in one powerful hit if he lands it. Add to that, his blackflame aftereffects will lead to massive flask usage in quick succession if he is given more openings to use follow-up attacks. And let’s not even talk about his beefier cousin encountered on the Mountaintops of the Giants.

I would rank this the most difficult mini-boss fight if not for the one that comes next.

As tough as the other Fallingstar Beasts can be, the Full-Grown version comes with way more HP, disgustingly high damage and speed, and increased resistance to all types of attacks done to any part of its body, except his head. You’d think that would be a massive weak spot, but good luck trying to hit its head when it charges around like a raging bull.

Add to that, this intense scorpion-bull creature also has chargeable and follow-up gravity attacks which deal massive damage and disable players for quite a while if they get caught in it. As a melee user, I can confirm that it is difficult to get out of the range of his gravity attacks fast enough unless you know the tells beforehand.

Once the player finally masters this test and chunks down the beast’s massive “Full-Grown” health bar to nothing, they will encounter one of the most euphoric feelings in their lives. Can confirm this is true.