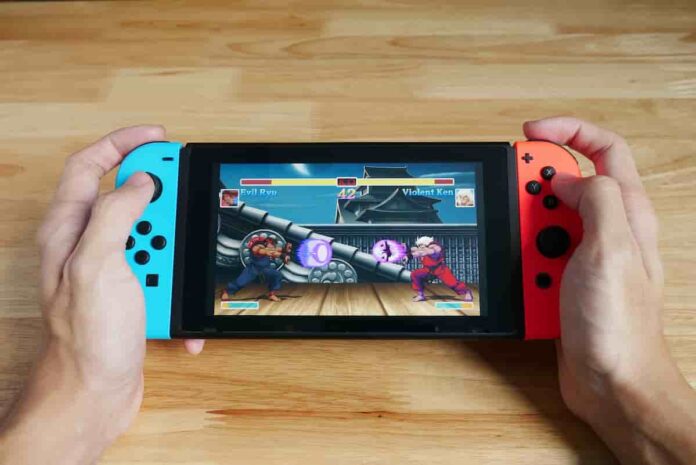 Free Nintendo Switch games are a fantastic way to get the most out of your Switch without having to spend any money. This list has everything you need to try out some new Switch games without spending any money, including popular battle royales, bright puzzle games, and MOBAs.

Our list will help you enjoy your Switch without breaking the bank – but keep in mind that you’ll need a Nintendo Switch online account, which costs money, to get these games and play them on the go or from the comfort of your couch.

This list includes a wide range of game genres, ensuring that every player is catered to and can enjoy some free entertainment. Buying a console is expensive, so having a library of free games that you can access whenever you want to save money is fantastic. That’s why we’ve compiled a list of the best free Nintendo Switch games below. So, let’s get started!

At this point, introducing Fortnite feels a little like being the person at a party who acts as if the MCU is a little-known series of indie films that only they are familiar with. The good news is that Fortnite fits on Nintendo Switch like that apocalypse-causing glove from the aforementioned not-so indie films.

Whether you give Epic Games your credit card information or not, the colorful 100-player carnage runs smoothly at 30 frames per second on the handheld and supports cross-platform play.

Nothing compares to Fortnite’s constant evolutions in keeping the world playing, making it one of the most exciting games to arrive on Switch. It’s a feat worth flossing about that Nintendo’s console can happily stand alongside its bigger brothers while still delivering a perfect hit of cinematic chaos.

Brawlhalla is a free-to-play platform fighter with over 50 playable fighters, or “Legends,” released on Switch in 2018. In most cases, your goal is to knock your opponent off the stage, similar to Super Smash Bros., with their vulnerability to being knocked off increasing as they take more damage.

If you have extra Pro Controllers or Joy-Cons lying around, this is a great party game to play locally or online with up to eight players. Brawlhalla has nearly two dozen different modes that let you try out various matches and rules, some of which are only available every week as the Brawl of the Week.

You’re in charge of your state-of-the-art underground Vault and a community of Dwellers seeking refuge from the dangerous Wasteland above in Fallout Shelter.

As Overseer, you’ll expand your Vault by adding various rooms, each of which contains unique items or bonuses. Each Dweller has a unique profile that affects the type of resources they can generate, and you’ll want to make sure they have the right equipment to do their job well.

Pokemon Unite is the newest release on this list, and it’s already getting new playable Pokemon and other updates. It’s a MOBA in the style of games like League of Legends. In Unite, you compete against online players in five-on-five team battles, leveling up and evolving your Pokemon along the way and attempting to earn the most points for your team by the end of the game.

Your rank will rise over time, and you’ll earn Coins, one of the game’s currencies, as you play. However, you’ll need many Coins (and there’s a weekly limit on how many you can earn) to unlock new playable Pokemon for your team; otherwise, you can use Gems, the premium currency tied to real money.

Arena of Valor was the first MOBA to be released on the Nintendo Switch, and it was previously known as Realm of Valor and Strike of Kings. It has its flaws (most notably long queue times and features available on mobile but not on Switch), but it’s still a fun game to play.

Isn’t there nothing better than sitting on your couch and playing a MOBA? There are various ways to play Arena of Valor, including 5v5, 3v3, 1v1, and a “Hook Wars” mode.

In this multiplayer action RPG, you and a group of fellow Kirbys will fight your way through levels and take down challenging bosses in the Dream Kingdom. Sword Hero, Hammer Lord, Beam Mage, and Doctor Heal more are the four unique roles available in Super Kirby Clash, each with different weapon abilities, and up to four players can play as Team Kirby. You’ll be able to craft weapons and spend materials at the shop to get better weapons, armor, and items as you progress through each level.

The action-RPG Warframe was first released on PC in early 2013, and it has since been ported to both previous-gen and current-gen consoles, including the Nintendo Switch version, which was released in late 2018. Over the years, developer Digital Extremes has bolstered the game with significant updates, gameplay overhauls, new modes, and additional story elements, so if you’re looking to play on Nintendo Switch, there’s plenty to do.

You play as a member of the Tenno race in Warframe, ancient warriors who have awoken from a 100-year cryogenic sleep to find themselves amid a massive galactic war.

In September 2020, everyone’s favorite vehicular soccer game became free-to-play, which means you can play it on Nintendo Switch at any time and enjoy its fast-paced team matches. The basic rules of the Rocket League are the same as in soccer: you want to send the ball flying into your opponents’ goal while preventing them from scoring on your side. The difference is that you’re controlling a full-sized vehicle with its inertia and movement capabilities.

Pac-Man 99, like the other games in the 99 series, is a lot like the original Pac-Man, but it’s a lot more hectic. You play against 99 other Pac-Man players in this “battle royale,” each of you controlling a single Pac-Man with only one life.

You’ll race to eat as many dots as possible (which gives you power-ups) while avoiding ghosts, of which there are several types with different abilities, just like in regular Pac-Man. Kindly note that Nintendo Switch Online is required for this game.

On this list, we’ve already discussed Pac-Man 99, but Tetris 99 was the first game in the 99-player battle royale series. You must be the last player standing in this competitive twist on the classic block-stacking game as you rotate and drop blocks while targeting other Tetris players, who are represented in little boards around yours.

Of course, those other players will be targeting you as well, based on various factors (random, those who are targeting them back, and so on). You can earn “tickets” in Tetris 99 by completing daily missions. These tickets can be used to buy cool in-game themes that change the blocks and music. While the game is technically free to play, it does require a Nintendo Online subscription.

INFO – It’s important to note that many of the games listed below are “free to start,” which means you can download and play them for free, but you might have to pay extra for cosmetics or advance faster. However, you don’t have to spend money to get started, and in some cases, you can altogether avoid it.

Did you find our list of the 10 best free games for Nintendo Switch to be helpful? Do let us know in the comments below! 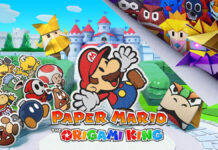