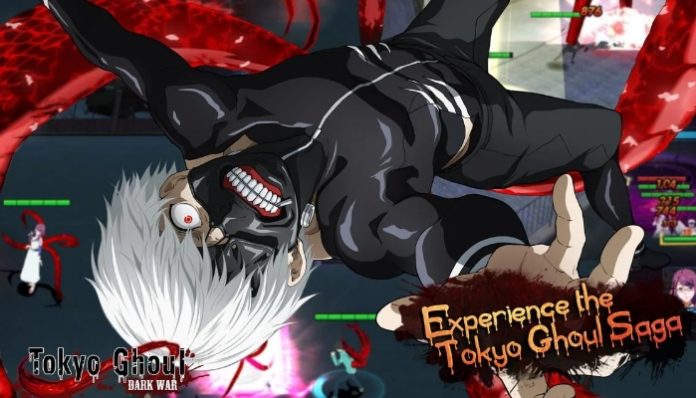 Tokyo Ghoul: Dark War is a faithful mobile game adaptation of the original manga. You’ll play through the original story of Ken Kaneki, who becomes a “ghoul” after a tragic encounter, a creature that must eat humans to survive.

You’ll battle through both humans and ghouls alike in this high-octane action RPG to see how the story of Kaneki unfolds. Our Tokyo Ghoul: Dark War cheats and tips will help you see how this Dark War ends!

Don’t worry about the special enemies!

During Act 1 the game will teach you about various special enemies. These enemies are marked by a special indicator above their heads and they do things like poison you, self-destruct to inflict big damage, or reflect your attacks back to you. This is sounds dangerous… in theory.

In reality these enemies aren’t much more of a threat than regular enemies. Just walk up to them, use your skills, and BAM they’re pretty much gone. You don’t really need to worry about the special enemies as they’re likely to go down before they can do any substantial damage, assuming you’re keeping your team upgraded. 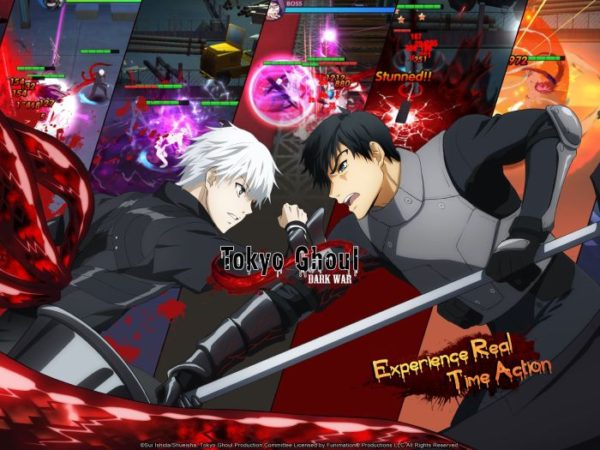 However, it’s a different story if you’re playing on Hard mode. These guys actually become a threat, so stay on your toes and target them first!

Each stage has three optional missions for you to complete. For each one you finish you’ll earn a star. Stars are tallied up as you progress through the Act, and you can get a hefty amount of gold and gems from the star chests. It’s in your best interest to complete as many star missions as you can!

Additionally, collect enough stars and you’ll be granted access to the Star Shop. The Star Shop contains rare gear and hero fragments, but before you can buy them with gold you’ll need to unlock them by collecting enough stars. This is one of the best ways of getting new heroes!

Growing a hero increases their rarity by 1 (not the same as their stars). This gives them a substantial boost in base stats, but most importantly it unlocks new skills for them to use. To grow a hero, you’ll need Evolutionary Cells plus Evolution Potions. Evolutionary Cells are found throughout the game, so you’ll collect these naturally over time.

The potions, however, have fewer drop points, so you might have to dig around. In the grow section, you can tap on the potions you need and the game will show you a list of where they can potentially drop. It’s best to replay these stages until you get the potions you need.

Power up your heroes’ stars!

Probably the most important factor of your heroes’ growth are their stars. A hero’s stars show their general strength, and the more stars they have the more potential they possess. If you can help it at all, try your best to improve a hero’s stars as much as you can as soon as you get them.

The reason for this being is that when a hero is boosted to at least two stars, their stat growth rate goes up. This means that whenever the hero levels up, they’ll gain more stats than normal. As you can probably guess, the earlier you do this the more they can take advantage of the increased growth.

You’ll need the hero’s fragments in order to increase their stars. In addition to the regular methods like hero drawing, fragments also have a chance to drop in certain stages. Refer to the hero’s detail page for possible locations, just like the growth potions.

That’s all for Tokyo Ghoul: Dark War. If you have any other tips or tricks to share, let us know in the comments below!