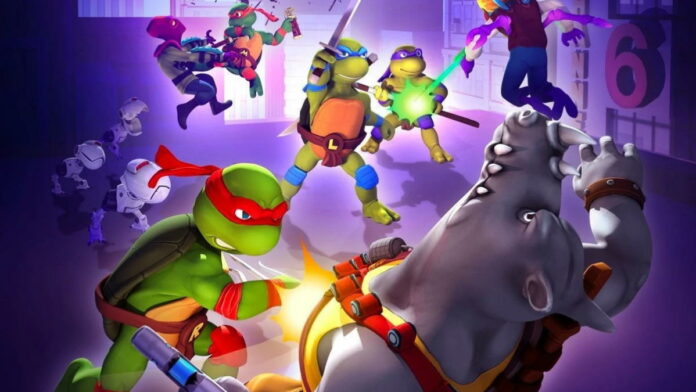 TMNT: Mutant Madness has players collect heroes and villains from across the Teenage Mutant Ninja Turtles universe and build the ultimate dream team. To acquire more heroes players will need to collect a special currency called hero bits. Each level of hero rarity has its own unique hero bit, so collecting all of them can be quite the process.

Completing the season pass quests should be your first priority, as they are also required to progress through the game. Your main quests are listed at the top of the screen at all times for quick reference.

Every time you complete one of these quests you will earn a couple of rewards, and hero bits are pretty much guaranteed. You’ll earn 2-star green hero bits most of the time, but when you complete the harder objectives you may earn some 3-star blue hero bits for your troubles.

Completing these quests help you progress through the adventure, but they also fill the season pass bar at the top of the screen. Your season pass will level up once the bar fills up and you can earn some good rewards!

As you progress through the game you will begin to encounter stronger heroes, at which point the game will allow you to start collecting 3-star hero bits and eventually 4-star hero bits.

Participate in the Dimension Clash

Dimension Clash is unlocked after you progress enough through the adventure mode. Dimension Clash will pair you up with a random player and you’ll challenge their current squad.

Winning a clash will reward you with some scrap and ranking points. You’ll move up the leaderboard as you collect more and more ranking points, and if you can maintain your position when the season ends you’ll be rewarded with helpful goodies including hero bits.

Each season in the Dimension Clash lasts a couple of days, so be sure to use your battle attempts every day to get as many ranking point as you can.

The Channel 6 Rush is a room in your lair that you can unlock once you have progressed far enough in the adventure. Channel 6 Rush is basically a tower climb where you fight a set group of enemies on each floor.

The foes get mightier as you ascend up the tower, but so do the rewards! You’ll earn 100 or so 2-star hero bits every floor you complete, which quickly racks up early on in the game.

Ascend far enough and you will eventually start to earn 3-star hero bits per floor. Channel 6 Rush is a great way to earn lots of bits, but just like the adventure mode the enemies ramp up in difficulty so you’ll need a good team to get to the higher floors.

Every day Channel 6 Rush is cycled with new enemies, and you’ll lose a bit of progress. The higher you make it, the less progress you’ll lose, so keep an eye on the reset timer and try to make it as far as you can.

Check on your lair every now and then and you might see a shaky TV at the top. Tap on it and you’ll be presented with an advertisement – watch it and you’ll earn yourself some free hero bits. If you’ve got the time, this isn’t a bad way to earn some easy hero bits.

Additionally, although you don’t get any hero bits for it, there is an ad boost you can activate from the main adventure menu. This boost lasts for four hours and increases the amount of scrap and ooze you gain from adventure rewards and your lair facilities. This is incredibly helpful early on, as it’ll allow you to upgrade your heroes a lot.

Sometimes there are passive events going on, such as the “Scrap Economy” event. This event will tally up how much scrap you collect and spend and rank you accordingly. You’ll get rewards at the end of the event depending on where you ranked compared to other players.

However, there are also milestone rewards that you can collect as soon as you complete them. Go into the event page, and then tap on the Rewards button. Switch to the milestones tab and you can collect your rewards there, and many of them reward you with hero bits!

Of course you cannot forget about your labs. The Research Lab will generate 2-star hero bits automatically, while the Advanced Lab generates 3-star hero bits. These labs may not seem like a lot but once you invest some scrap into them, they will be vital to your success early on.

Getting Past the Bit Wall

For the players in the late game, you may have struggled against a point in the game where you need multiple high level characters. You probably have gotten a quest that requires you have heroes at level 160, and this can be a challenge to complete.

You can also get more 4-star hero bits by completing the event milestones, so be sure to do that too to make the grind a tiny bit easier. Your best bet at this point of the game is to follow the steps above to earn hero bits through playing, and also to improve your lab production rate.

TMNT: Mutant Madness: How to Get More Hero Bits | Tips and Cheats