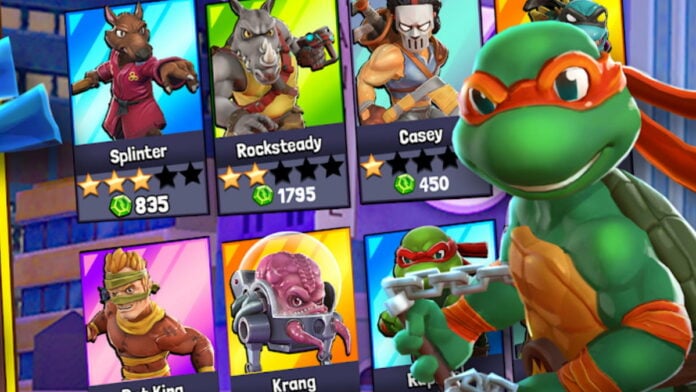 Cowabunga! When dimensional rifts collide, there is only one team of heroes who can save the day – the Teenage Mutant Ninja Turtles! Join them in their quest to stop the universe from collapsing in TMNT: Mutant Madness, a new strategy RPG featuring everyone’s favorite totally radical turtles!

Good Formations can Save the Day

At the start of every level you are given the option to rearrange your squad however you like. You can bring up to five different heroes with you into battle. The most important thing is that you do not sleep on their formation!

Some heroes – like ones who use ranged attacks – are better suited for the back column, while your more sturdier heroes should be up in the front so that they grab the enemies’ attention.

Bad positioning can cause your weaker heroes to get caught out in the action, and you do not want that to happen! Remember to check where the enemies are before you start the battle, as every level has different positions.

You may start out in levels where there are enemies directly below your squad, so you may want to move some of your heroes around. The point is that you need to adapt to every battle situation!

Play to your Heroes’ Strengths

Each hero in the Teenage Mutant Ninja Turtles universe has some kind of specialty, whether that is a lot of health to take a lot of punishment, or powerful ranged damage that allows them to pick off foes from afar, among others.

The game refers to these strengths as “roles”, and each hero in the game belongs to two roles. These roles can help you build your squad, as you can see what areas it is lacking in.

Building a balanced squad is the key to winning more battles, so here we will go over all of the roles and what they are good for.

The first role is the tank role. Tank heroes have a lot of health and super skills that allow them to take more punishment than usual. These guys should usually be in the front row of your lineup to ensure that they take the brunt of the damage.

Brawlers are melee heroes that focus on nothing but pure damage. They usually do not offer anything special in terms of stats or skills, but they have the potential to crank out tons of damage.

Blasters are essentially the ranged versions of Brawlers. They attack enemies from a distance, and provided that you give them cover, they can deal high amounts of consistent damage.

Supports are heroes that can provide buffs for the whole team, powering them up in all sorts of ways. Support heroes can increase your team’s offense and defense, or provide healing.

Tricksters are heroes that focus on disabling enemies. They can lower enemies armor and attack power, slow down their movement to a crawl, or even stun them in place so they cannot act at all.

Skirmisher are heroes that have high mobility. What this usually means is that the hero has some kind of skill that allows them to get to another part of the arena really fast, allowing them to attack enemies that are staying in the back.

There are six roles and five slots for heroes, so you have just enough space to cover all of the roles. We recommend sticking with a balanced team for beginners, and when you have stronger heroes you can start creating your own teams!

Power Up your Heroes and Do Not Hold Back

Your heroes do not level up on their own through battling – instead, they must be given the radioactive chemical ooze to strengthen their abilities. Ooze is earned by completing levels, and your Ooze Refinery will generate it over time once you unlock it.

A hero’s power will increase once they are given enough ooze to level up. This will make them stronger in battle, increasing their health and attack power. This is the main way of powering up your team, so if you find your squad is too weak then give them a couple of level ups.

You can also gear out your squad with equipment. Equipment is universal and some heroes share the same kind of equipment, but you can freely exchange gear around so make sure to give the best gear to your favorite heroes.

Heroes also have rarities levels, indicated by the stars. Higher rarity heroes have better stat growth potential, so you will want to focus on them first. If you do not have any high rarity heroes, it is also OK to focus on what you have in the mean time.

Your low rarity heroes are still great to power up. This is because if you do eventually find a higher rarity version of a hero you already own, they will automatically go up in rarity while keeping their same stats, so you do not have to worry about wasting ooze.

As you progress through the game you will earn these little green cubes. These are one of the premium currencies known as 2-star hero bits. You can try your luck at a random 2-star hero once you get 1,000 bits.

You should do this as soon as you can to acquire new heroes. The game ramps its difficulty up fairly quickly, so if you are not keeping up with your level ups and gear, you will find yourself defeated a lot.

2-star heroes have much higher stat potential so it is important to get as many of them as fast as you can. There are also 3-star heroes that are obtained from the blue bits, but those are much rarer so you do not have to worry about them for some time.

You should always be constantly working towards quests, which are shown at the top of the main menu. Completing a quest will reward you with ooze, scrap, hero bits, and sometimes even equipment.

Around adventure chapter 5 you will start to encounter very tough foes and the only way you can keep up with them is to keep leveling with ooze, and you will need all the ooze you can get from the quest rewards.

That’s all for TMNT: Mutant Madness. If you have any other tips or tricks to share, let us know in the comments below! 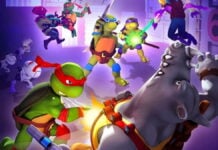 TMNT: Mutant Madness: How to Get More Hero Bits | Tips and Cheats 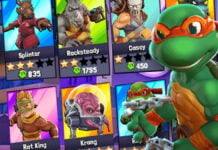