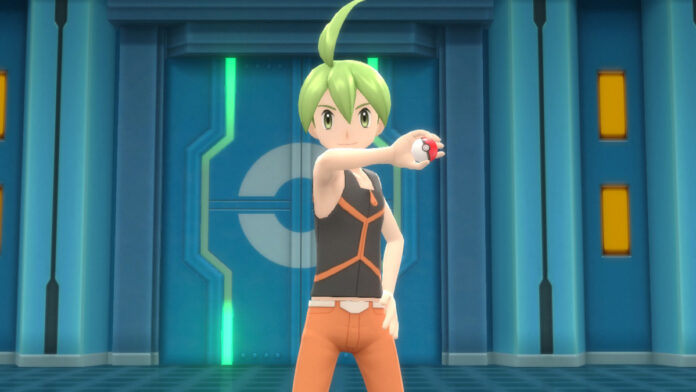 Beating the Elite Four and Champion is always the ultimate goal in any main series Pokemon game. Returning players may already be familiar with the Elite Four cast of Brilliant Diamond and Shining Pearl, as they’re the same characters that made up the Pokemon League in the original fourth generation games. That said, they all have some new tricks up their sleeves, so let’s take a look at how to beat them!

What Has Changed Since Diamond and Pearl?

At first glance, the Elite Four have the same Pokemon that they did in the original Sinnoh region games. While their teams are all the same in terms of what species of Pokemon they use, the movesets for their Pokemon have changed drastically.

Bertha’s Quagsire, for instance, originally used Dig, Double Team, Protect and Sandstorm, which is great for stalling, but offers it very little in terms of ways to actually counterattack. In the new games, it has Recover, Toxic, Earthquake and Surf, which gives it the option of poisoning you and then simply spamming recover until you’re knocked out. Definitely a big upgrade.

What’s more is that while few of the original Elite Four utilized held items on their Pokemon, every single one of the new Elite Four members has items on all of their Pokemon. Remember that toxic-stalling Quagsire? It has Leftovers to passively heal it every turn.

With that out of the way, let’s take a look at some tips for beating each member of the Elite Four.

As a master of bug Pokemon, Aaron has a team that shares many of his signature type’s weaknesses. That said, one particularity of the Sinnoh Elite Four is that they often don’t stick completely to their types. In Aaron’s case, his Drapion is actually poison/dark and thus only has a weakness to ground type attacks, which most of his team is fairly resistant to.

Even so, for the most part, fire and flying type Pokemon like Infernape and Staraptor will excel here. Rock is a good bet against his first three Pokemon, but his last two are neutral to it and can use Earthquake to decimate most rock Pokemon. Heracross also uses Rock Slide, so take it out quickly or your fire and rock types will take a lot of damage.

If Dustox manages to get a Light Screen up, stick to physical moves, as otherwise your damage will be halved.

Bertha uses mostly ground type Pokemon, with the exception of her Sudowoodo, which is rock. Grass types really excel here, as she doesn’t have a single Pokemon that resists them. Watch out for Ice Beam on Whiscash and Ice Fang on Hippowdon, though.

Water type attacks are actually a little more questionable than you would expect, as Quagsire’s Water Absorb ability completely negates them and Whiscash only takes neutral damage from them as well. As mentioned earlier, Quagsire also uses toxic, so be ready to heal your Pokemon of poison if you aren’t using a poison-immune counter like Roserade.

With Sinnoh’s notorious lack of fire types, Flint’s team gets extra creative with its Pokemon. This complicates his best counters quite a bit, as Steelix heavily resists rock, Drifblim is immune to ground and neither Lopunny nor Drifblim is weak to water. Even so, water attackers like Gyarados, Empoleon or Gastrodon are probably your best bet here as nothing on Flint’s team resists water and four Pokemon are weak to it.

About half of Flint’s team uses straightforward offensive sets, but there are a few things to watch out for. Drifblim heavily debuffs physical attackers with Strength Sap and Will-O-Wisp, so either KO it quickly or perhaps switch to a special attacker. Lopunny, on the other hand, uses Mirror Coat, so special attacks that don’t outright one-shot it can easily be reflected to KO your Pokemon.

While his Infernape uses a pure physical attacking set, be aware that it has a Focus Sash, so it will be impossible to one-shot it without multi-hit moves. This is important because its Close Combat is incredibly powerful and Mach Punch gives it a priority attack to get another hit in, even if you outspeed it.

Lucian’s team actually sticks entirely to psychic Pokemon, but they still manage to lack a common weakness. Dark attacks only deal neutral damage to Mr. Mime and Medicham, while Girafarig is completely immune to ghost attacks due to its normal typing.

Nonetheless, dark type attackers like Drapion or Weavile are probably your best bet. Failing that, you can also just use physical attacks that deal neutral damage, as Pokemon like Mr. Mime and Alakazam have absolutely pitiful physical defense.

Mr. Mime, Lucian’s lead Pokemon holds a Light Clay, which lets it set up Reflect or Light Screen for a full eight turns, so KO it quickly, or you’ll find yourself dealing surprisingly poor damage. Also be aware that his Bronzong has Levitate, making it immune to ground type attacks.

Widely regarded as one of the strongest Pokemon League Champions in the entire series, Cynthia uses a team with incredibly diverse coverage and few common weaknesses. Consequently, you may have to use your entire team to secure victory rather than relying on just one or two Pokemon.

While it originally had no weakness at all, Spiritomb has been weak to fairy type attacks since the advent of the sixth generation games. That said, it has fairly mediocre offensive capabilities, so if you use a Pokemon that isn’t weak to dark, ghost or psychic, you’ll probably win with neutral damage.

Roserade has fairly diverse coverage, which is aided by its expert belt item. In addition to grass and poison moves, it also has Dazzling Gleam and Shadow Ball to punish things that otherwise might be resistant to it. Nonetheless, a good fire or flying Pokemon shouldn’t struggle too much with it.

While Gastrodon only has attacking moves, it can reduce speed with Rock Tomb, poison you with Sludge Bomb or burn you with Scald. Its only weakness is grass, so poison-resistant grass Pokemon like Roserade and Torterra should beat it handily.

Lucario is arguably where things get tricky. It carries Nasty Plot, which allows it to raise its special attack to ridiculous levels. With its extremely high speed stat, this can allow it to KO your entire team in short order. That said, it doesn’t have great defenses, so hitting it with the hardest fire, fighting or ground move that you have should put it out of commission.

Milotic is another example of a Pokemon with an extremely dangerous set. It carries a Flame Orb, which burns it after the first turn. While this sounds like a disadvantage, its Marvel Scale ability means that this boosts its defense to ridiculous levels and with Recover, this can make it extremely hard to KO. To make matters worse, it also has Mirror Coat, so special attacks that don’t KO it in one hit can very easily end up knocking your own Pokemon out.

A physical electric attacker like Luxray should work best here, but be careful, regardless. Torterra, as a physical grass attacker, would work well in theory, but Milotic’s Ice Beam can potentially KO it in one hit before it even attacks.

Garchomp is Cynthia’s ace and can one-shot a huge array of Pokemon after it boosts its attack with Swords Dance. Exploit its enormous weakness to ice to KO it before it can set up, but be aware that its Yache Berry will halve the damage of the first ice attack that you use. If you use fairy types instead, watch out for poison jab!

So How Do I Beat the Sinnoh Elite Four?

There are a huge number of teams that can effectively beat the Elite Four in Brilliant Diamond and Shining Pearl, but if you’re struggling to make your own team work, one fairly accessible and effective team would be Infernape, Roserade, Staraptor, Gyarados, Weavile and Luxray. Half the fun of Pokemon is building a team of your own, however, so don’t feel discouraged if you don’t have these specific Pokemon!