Featured globally on the Google Play store yesterday, Woody™ Battle is a puzzle from ATHENA Studio that promises a fair game for every player thanks to the randomly generating blocks.

The idea is pretty neat. Woody™ Battle is an online real-time PvP experience between two users playing at the same moment. The challenge is to score higher, making sure at the same time that you don’t give the game away by making it too easy for your rival. 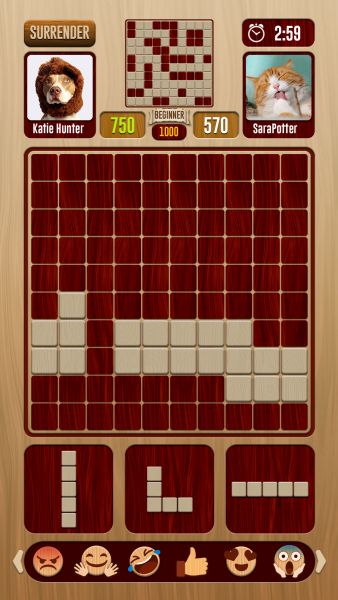 An okay player will see the board in front of them and think about what the next best move is. A great player will look at the board and see what the next six moves are. It isn’t enough to just be perceptive, you need to think ahead if you really want to win. And the clock is ticking, each game has only 3 minutes, so move fast.

One of the players had this to say: “I’m so glad they brought this as a full app. There was a limited time event on Woody™ (which is the “zen” solo player version of this game that came first) but now we get to play it in general, I’m so glad!” – Yenni Desroches 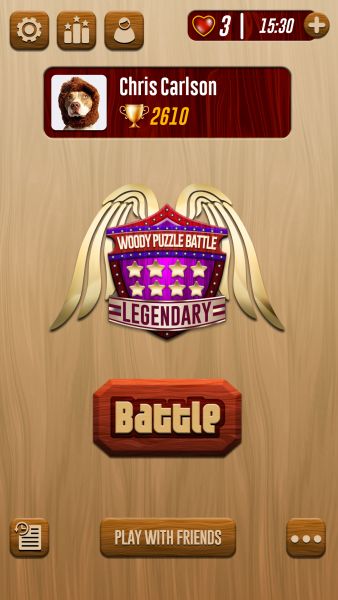 There are some great features to keep you entertained too. The game features full real-time battles. You can really see what your opponent is doing and try to outpace them. Keep losing? No problem. Just use the Replay System to study your mistakes or your genius.

If you want to spread your greatness, then you can send these to friends. And you can also challenge your friends to a blocky battle. Crush them to keep them honest.

If this sounds like good fun to you, grab Woody™ Battle right now from Google Play!