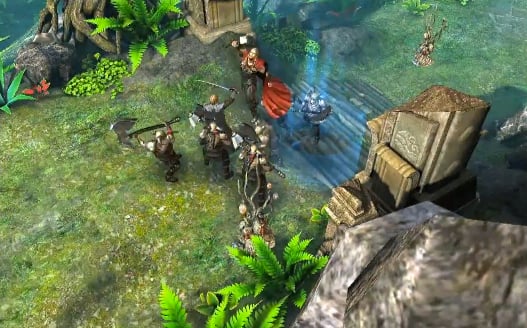 Before coming back on cinema screens all over the world, the Marvel Super Hero Thor has made a glorious comeback into the mobile gaming world with Thor: The Dark World – The Official Game. While the game may not be the most complicated title recently released, some gamers may find more enjoyment in playing it by better knowing the mechanics that rule its gameplay features.

To help you get the best out of this nice little title, we will covering some nice tips that will help you in your journey through Vanaheim, Asgard, Jotunheim, Svartalfheim and the other worlds of the game.

Thor can be powered up during the course of the game. The Strength stat makes him faster and stronger, Armors increase his defense powers and Skills allow you to teach the Thunder God some extra battle moves and Weapons, which add more range as well as some special effects to Thor’s attacks.

The best way to proceed in powering up Thors is obtaining some of his special moves as soon as possible. The hammer spin is a handy technique to have when surrounded by foes. Coupled with a good Strength stat, you can take out multiple enemies at the same time with just a single use of the move.

As for Weapons and Armors, there’s really no set route to follow, as you can obtain better equipment pieces as you see fit.

Allies can also be upgraded. The best way to enhance them is by boosting both speed and strength. By doing this you’ll make them a true asset in battle.

Even though you can create the perfect Thor build by playing through the game normally, you’re going to encounter some difficulties sooner or later that will require you to power up items and spells even more. An incredibly easy way to get more Runes and ISO-8 is by replaying already completed stages. Really, that’s all there is to it.

As we have already stated, Einherjars can be powered up in a few different ways. What most players may miss is that they are really, really good to have in battle if powered up accordingly. Some of the later stages of the game can become really easy if you send them before Thor to wreak some havoc. For this reason alone, most of your runes should go into powering them up. Runes are also used to obtain new equipment pieces but that should only been done after having taken care of your allies.

Sometimes brute forcing your way through a game is often the best way to go, given the circumstances. There’s a simple trick that can be used in the game that will give you a sound advantage. While being surrounded in the game, place your finger on the screen and move it in circles to touch all the enemies. By doing this Thor will attack all enemies while taking not too much damage.