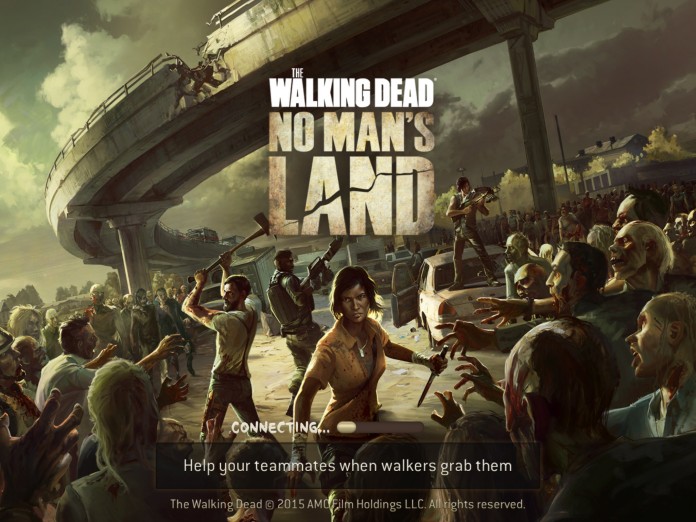 For Fans of the The Walking Dead franchise, this game is going to be a no-brainer (no pun intended) and you’re just reading this to see what score has been given. For everyone else, The Walking Dead: No Man’s Land, From Next Games, is a part strategy, part base building game. You start off with a few survivors, accompanied and trained (during the tutorial) by the man himself, Daryl Dixon. You’ll learn about attacking, looting and building up your base.

The base building aspect isn’t as in-depth as games that focus solely on that aspect. But then, that’s not necessary as it would break the immersion of the atmosphere that The Walking Dead: No Man’s Land sets and would be too much padding. As it is, while it is a bit shallow, there’s enough to justify it as a feature; you can upgrade your survivors, weapons, amount of energy (in this case, Gas Fuel) and heal your units as well as gather resources to do all this. The Strategy part isn’t deep either, but due the levels being small, your survivors being outnumbered and special rules such as firing guns attracting more walkers, who, after a set number of turns, appear to prevent you from taking too much time. Again this aspect is quite shallow but it is enjoyable and very tense as you race to kill walkers, loot crates and containers and get to the exit before you get overwhelmed.

Presentation wise, The Walking Dead: No Man’s Land is very good. The colours are bright but have a gritty feel, the levels and models are quite detailed but have a roughness to them that suits the atmosphere of the walking dead and the music, though there isn’t much, is sombre and makes each victory still feel hollow. The only weakness is sound effects; some speech from the characters or different grunts from the walkers would have been welcomed. It’s a shame because The Walking Dead: No Man’s Land is a fine looking game that’s fun to play. It’s just the waiting that can be off putting for everyone but the determined survivor.

You can download The Walking Dead: No Man’s Land here.