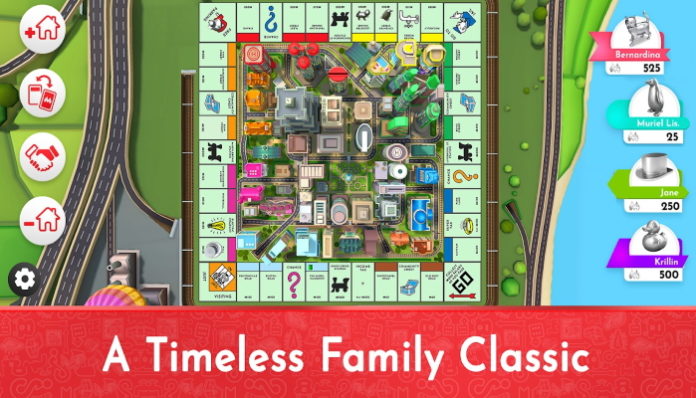 One would wonder why it took this long, but the classic board game that everyone knows and loves is finally getting a mobile adaptation! That’s right: Hasbro’s legendary Monopoly is coming to mobile this December.

Monopoly is a version of the famous board game that you can fit in your pocket, without having to worry about the board, the plastic houses, and all of that fake money that you wish was real.

And all of this plays out in a fully rendered 3D world, bringing the world of Monopoly to life in a way that has never been seen before. The lush forests and hillsides and the intricately detailed houses make the board really pop out.

The mobile version of Monopoly also introduces the Quick Play mode, which is perfect for gamers on the go. In this mode, houses are easier to build and players spend less time in jail. The game also ends when any player goes bankrupt.

If you are feeling a little creative, you can also try out your own rule set! With the house rules option, you can set your own variables for private matches. Want to get more money when you land on the GO space? That is a possibility!

The mobile version of Monopoly launches on the App Store and Google Play Store December 4, 2019, for 3.99 USD. An Android version is planned for a future date.