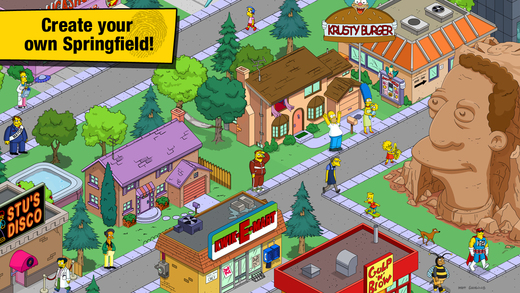 The Simpsons: Tapped Out, the casual game based on the highly successful series created by Matt Groening now available for free on the App Store in all regions, has received a brand new update which introduces a new character and more.

The new update adds Sideshow Bob to the game as well as the Terwillingers. All characters can be unlocked by completing the corresponding new missions. Even those who have never played the game will be able to access the new missions as soon as they begin the game.

The Simpsons: Tapped Out is a free to play game developed by EA Mobile released some time ago on the App Store. The game’s main focus is to help Homer Simpson rebuilding Springfield so expect to meet several characters taken from the series, each one with its own share of wackiness. Tapped Out is quite asimple game that doesn’t play too different from many other similar titles, but it’s made more engaging by the inclusion of The Simpsons series’ characters and locations.