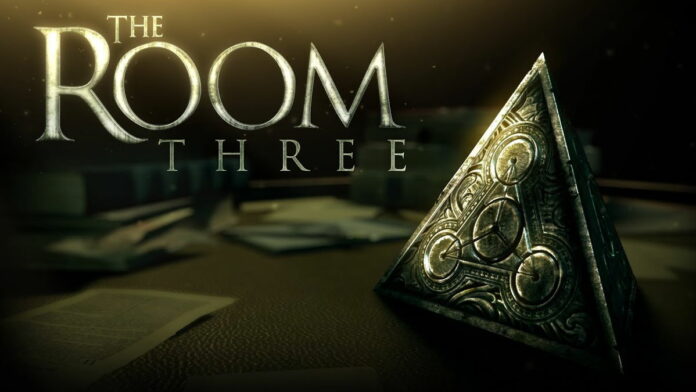 The Room 3 is the third installment in Fireproof Games’ mobile puzzle series. All of the game involve a mysterious location with cryptic letters and clues left behind an unknown person, and the player character must investigate and solve puzzles to discover the truth.

The third game in the series has the player character end up on Grey Holm island, the home of the Craftsman, the mastermind behind the main plot of the game. Further investigations into the eldritch entity known as the “Null” will reveal all, but the final chapter in the game will make you choose your path, which can end in a variety of ways.

In our list of The Room 3’s endings, we will go over what happens in each ending and the implications of them for the series as a whole.

Choosing the third compartment box will lead to this ending. The protagonist will suddenly wake up and find themselves riding on the same train from the beginning of the game, only this time you’re heading straight for a massive labyrinth full of maze-like corridors.

The camera will zoom out to reveal that they are now trapped inside of an orb… which is then locked into a puzzle box created by the Craftsman. While the train seemed like an easy way out, the Craftsman isn’t going to let you go so easily!

Considered to be a bad ending, this ending is supposed to represent the protagonist of the game being stuck in the Craftman’s world. Though, this could also prove to be a sequel hook, depending on how you look at it.

This ending is acquired by going through the Null portal with the shadowy tentacles and storm clouds. The protagonist is transported to the surface of Mars, standing in front of the building that you saw earlier in the game through the pendulum room.

The building’s front gates suddenly slide open, and what lurks inside does not look too good. This ending heavily implies that this structure on Mars is the source of the Null, the mysterious tentacles that have been chasing you throughout the game.

Though the “Lost” ending doesn’t have a hopeful outlook, it could open the way for new mysteries. With no way of returning home and the only thing welcoming them is the supposed home of the Null, this could either be the end of the protagonist or the start of a new story.

After completing the roof segment once more, going through the wooden door with the tentacles and storm clouds will net you this ending. The protagonist be transported to the boat house where, after a close encounter with the Null, they set off to sea in a small rowboat.

Grey Holm island then gets completely ransacked by the Null, with a massive entity looming in the giant storm cloud above. With no choice but to row for help, the protagonist sails off with the feeling of impending doom.

Perhaps the darkest ending of them all, this ending replaces the epilogue journal entry with a letter written by the protagonist. They’re asking an unknown person for help and to find them in “Bethlehem,” which is most likely referring to the Bethlehem Royal Hospital, an real-world psychiatric hospital.

This implies that the protagonist has gone mad from all of the Craftsman’s scheming puzzles and the encounters with the Null, not to mention the Null being released into the real world by the protagonist. Things don’t look good, to say the least.

The final ending that occurs after you go through the normal looking wooden door. This ending plays out nearly identical to the “Release” ending, though when Grey Holm island is being destroyed by the Null, the sky is normal and there is no storm. The protagonist sails off with nothing but a beautiful sunset over the horizon accompanying them.

Considered to be the good ending, this ending implies that the Null entities have been stopped and that the protagonist has escaped the Craftman’s trap. The ending journal entry says that Grey Holm island has been completely wiped from existence. This ending gives definite closure on the series.

Were you able to get through The Room 3? Which ending was your favorite? Let us know in the comments below!

The Room 3: All endings explained