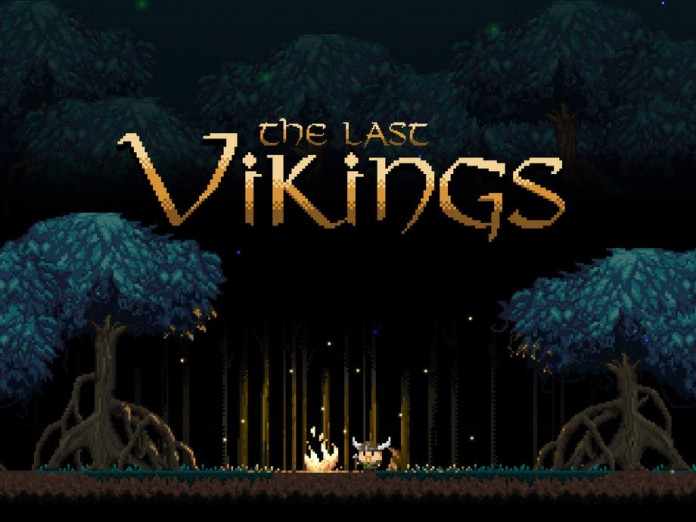 The Last Vikings is a new game on the App Store and a really interesting one, with a pretty unique concept. I loved playing it, even though I found it a bit difficult to get used with it and all its features, but it was well worth the learning curve, as I now have a pretty nice ship, a solid army and a nice streak of won battles. Because that’s what being a viking is all about. And can help you get there too by sharing some The Last Vikings cheats and tips for a complete strategy guide to rule the seas and wreak havoc on land. It won’t be easy, but it will surely be fun!

So let’s not wait any more: greatness awaits, so let’s check out below some The Last Vikings tips and cheats!

1. Learn the scrolling areas
Navigation in the game is pretty interesting, with you having to scroll in order to get to a specific area of the game: scroll left and right to access the different unlocked areas, including the one that the tutorial doesn’t show you: your loot cave. It’s extremely important to go there and check it out because you can be looted by other players (if you add more friends, that is) and it’s there where you can build storage space for your resources to keep them away from invaders. So make sure to check that out!

However, if you don’t like scrolling, you don’t have to: you can tap the barely-visible plus sign in the upper right corner, which will show you the menu and give you access to all areas that you could otherwise scroll to. Even better, each time you will actually have a new upgrade option or enough resources to build or upgrade your boat, a sign will appear in the upper left corner, so you’re pretty much covered.

2. Don’t forget to upgrade your land attacks!
Right before the start of a land battle, you can tap the manage button on the screen and upgrade your troops. There are four categories you can upgrade and you will rarely have enough resources to upgrade them all. Even worse, you share the resources with the boat upgrades and if you’re unlucky as I am, you will be in a constant need of nails for upgrades. This means that you will have to focus on upgrading the most important (powerful) areas first. I would recommend to start with the extra troops, then work on the others. Try to keep a balance between an upgraded boat and upgrading the land battle attack, with a focus on the latter, because the boat only seems to matter when it comes to destroying the barrier, which can easily be taken down in more tries, at the cost of only energy, which regenerates for free.

3. Watch the ads
Scroll to the left until you reach the menu, and you will see a sign saying “Free Loot!” You can watch ads there to get the said free loot and make sure that you do so: you can get all sort of resources, including those you lack the most. I was lucky to get most of my nails this way!

4. How to rule the seas
When on sea, you will have to watch out for incoming shots fired at you or predators (and shoot at them to destroy them), while trying to row as fast as possible forward in order to get to the next place you want to visit and attack. It’s a skill based mini-game but fortunately the game allows you to hold the button for the rowing mini-game and with a different button to tap the fire icon to shoot at enemies. I was usually raising my finger when I had to shoot, generally messing everything up – you don’t have to! Have in mind, though, that once you discover an area, you can simply tap it to start there and you no longer have to go through the rowing mini game to access it.

However, the said rowing mini game allows you to get experience for your Vikings, based on the distance you travel. So it makes sense to start, every now and then, at the first mission and row all the way to the final mission that you have unlocked to get a ton of experience. Just make sure to refill your shots when they are low and you can even turn the auto fire on to never have to worry about shooting and focus on the minigame. It’s worth it because of the XP points, as I said.

5. How to get more resources
Resources are randomly awarded, just like loot, every time you successfully complete a land or a water attack. Once you have destroyed a barrier, you will always be able to just go there and collect the loot, so focusing on the same mission will give you everything you need, eventually. However, it seems that nails can only be obtained through land battles (or I’ve been extremely unlucky so far). Finally, if you run out of troops, you can hire extra ones in the town: tap the Weapons & Heroes icon, then look on the right side of the screen, where you will have three icons. Tap the middle one and you can recruit extra warriors for 50 gold a piece. Only do it if you somehow run out of them!

6. Upgrade your weapons
Every time you collect multiple weapons of the same type, you can upgrade them. Simply tap on them in the Weapons & Heroes menu and invest coins to increase the chances of success. I recommend to always go with the maximum setting in order to avoid losing your weapon in the case of a failed forge attempt.

7. How to rule the land battles
These are slightly more challenging, but with some proper upgrades purchased for them and a bit of skill (and luck) you should have no trouble here either. I particularly go in the battle minigame for the first power-up that I get: instead of wasting precious time to wait for it to get all the way to the end for the one I want, I simply get whatever’s offered faster and get 4-5 of them before every battle. The only exception is when I really need new warriors and I have to go for them: try to do it every now and then by default and try to go for the recruits when their bar is glued next to another. This way, in case you miss, you still get the next power-up, whatever that is.

These would be, for now, our The Last Vikings tips and tricks. If you have anything extra to add, let us know by commenting below. If you can actually stop playing for a few seconds, that is!