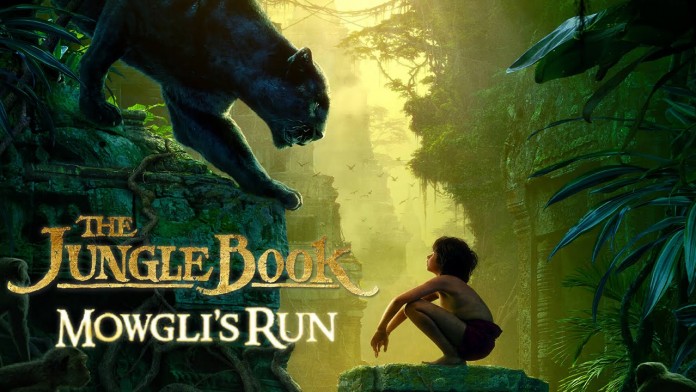 To celebrate the release of Disney’s new live-action adaption of a classic tale, The Jungle Book comes to life on your iOS device in the form of The Jungle Book: Mowgli’s Run! Take control of Mowgli and jump, slide, and dodge in this action-packed endless runner. Grab honey drops along the way and watch out for dangerous animals! Let’s survive the jungle and run as far as we can with our Jungle Book: Mowgli’s Run cheats, tips and tricks strategy guide!

We’re not sure if it what because of the brightness of our devices, but sometimes we had a hard time catching the obstacles on the ground. The various rocks and pitfalls that you must jump over blend in with the environment, so they can catch you off guard if you’re not actively looking for them. Be sure to always keep your eyes on the ground, especially if you’re in the middle of a honey drop path. You’ll find obstacles littered about most commonly in the middle of a bunch of honey drops.

The Sweeter Honey upgrade is the first upgrade you buy on the list. Sweeter Honey increases the value of the honey drops you pick up during a run, but you must put at least two points into it before it starts to take effect. At two upgrade points, each honey drop you collect from then on is counted as two honey drops. At three upgrade points, you get three honey drops, and so forth. Before you start upgrading the other bonuses, you should invest at least two points into sweeter honey, as it’ll help you get the other upgrades much faster!

Sometimes Mowgli will have to quickly evade a dangerous predator. You’ll know it’s about to happen because Mowgli will run into a unique area and the game will slow down. Wait for the green tap mark to appear, then tap it. It’ll always appear in the same place, so don’t worry about it moving. Just be sure not to tap when it’s not on screen, as this will cause Mowgli to trip and you’ll be sent to a lower path with not as many goodies. So, when these escape sequences happen, don’t tap rapidly; be patient!

The two power ups – Strength of the Pack and Sticky Honey Drops – grant Mowgli temporary powers when they’re obtained. They’ll be floating in the air and you have to jump to reach them. If you see them, be sure to grab them, even if you have to sacrifice a couple of honey drops. They will usually get you more in the long run. Sticky Honey Drops acts like the typical magnet power up, which causes Mowgli to pull in all nearby honey drops regardless of which lane he’s in. Strength of the Pack drastically increases Mowgli’s running speed, and it also makes him invincible. If you run off the track he’ll automatically move to a safer lane, and he is completely unaffected by obstacles and rocks.

In addition to the power ups, there are one-time use items you can buy called Mowgli’s Tricks. You have the option to activate these tricks at the beginning of each run. We recommend spending your first batches of honey drops on the permanent power up upgrades, but once you do that feel free to start buying some tricks. They can help you out in a variety of ways!

That’s all for The Jungle Book Mowgli’s Run. If you have any other tips or tricks to share, leave a comment below!