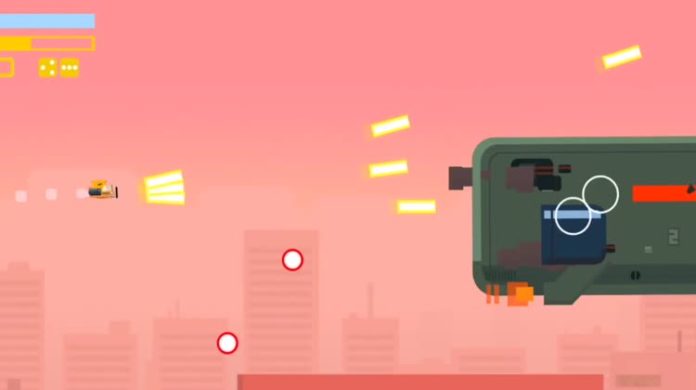 Pigeon, the hotshot flyboy, is back and better than ever in Pigeon Wings Strike, the new sequel to the feathered classic arcade shooter. Get ready to become an ace pilot once again, as the city needs your help!

The sinister Duke Dexter and his evil minions have returned, and they have Velo City in their sights, the hometown of Pigeon. With a whole new legion of new and improved troops, Duke Dexter is a serious threat this time around and Pigeon might be outnumbered.

Thankfully, he has a squad to back him up now. Joining Pigeon in the air are newcomers Cunningham and Presto, with new friends waiting to be discovered. Cunningham the Hamster is a daredevil pilot, and he has just the moves to take down Duke Dexter’s minions.

Presto is a little different, with him being an actual fish, but he still has the skills to help out the squadron. Choose your friend, and fly high as you shoot down minions using smooth touch controls.

If you really want to bring on the pain, gather your squad in real life as Pigeon Wings Strike supports local multiplayer. Every player gets to pick their favorite friend, then work together as a team to take down all threats!

Pigeon Wings Strike is available now on the App Store as a free download. The skies need you!