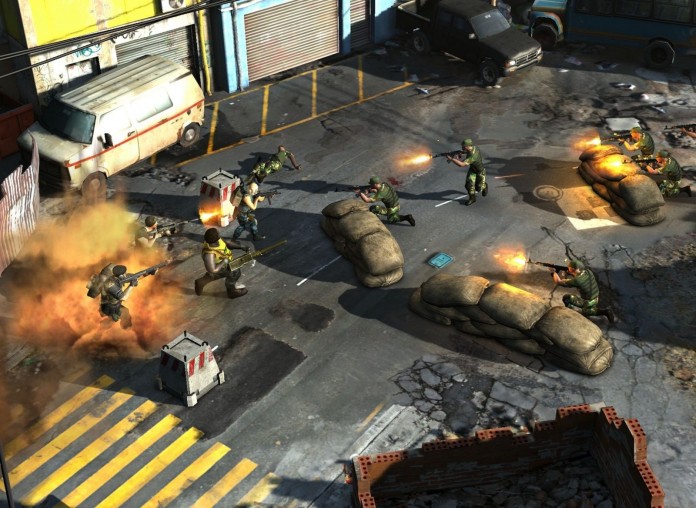 The Collectables is a really good real time strategy game which features elements from card collecting games, hence “Collectables”. Other than being one of the best looking games currently available on the App Store, The Collectables is also an engaging experience which sees gamers controlling a squad of soldiers and lead them to victory in multiple scenarios. All the actions that soldiers can do are performed with cards, deepening the strategy elements of the game.

If you need some help with the game or just want to learn more about its mechanics, you have stumbled to the right place. Pick up your weapons and cards and get ready to fight, soldier!

Regular enemies hardly pose a threat to your squad but there are times when they can actually cover behind objects, making it harder to deal with them. When you encounter such enemies, use cards like Double Agent, Firecraker and Knife to take them out more quickly. Make sure to always save some of these cards for covering enemies. You’ll be glad you did.

Sending out wounded units first during a fire fight often proves to be beneficial, because they will be the first ones to get into cover, avoiding more damage than going last. Using healthy soldiers to move around and draw fire from wounded ones is also another good way to make them stay alive for longer.

No matter what you do in the game, always make sure to play the temporary mission as soon as they come up. As the name implies, they won’t be available forever and by not playing them, you will be missing out on some really important resources that could be used to upgrade cards. Campaign missions can be played whenever you want, so save those for when you cannot play any temporary mission.

By playing the game you may have noticed that there’s no way to really choose which target to attack. There is a way, however, that can make your troops attack an enemy – simply get your squad as close as possible to an enemy dealing some serious damage and the soldiers will be attacking him. By doing this, you can easily remove a threat.