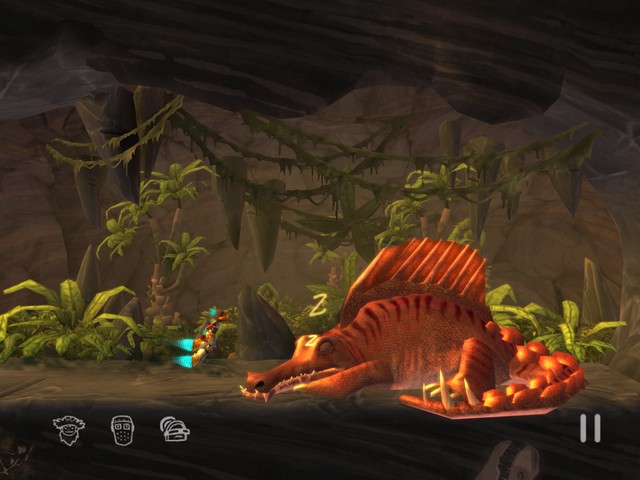 After being released on other platforms back in January, Double Fine Productions’ The Cave is finally available for iOS devices!

The story of The Cave is based on a magical talking cave, with a labyrinth set of tunnels within it. Drawn from across time and space and keeping dark secrets, seven characters have come to the Cave, thinking that they can learn something about themselves and who they might become. For example, one of the characters – a knight character – seeks a treasured amulet. He soon encounters a princess in distress from a dragon, but the princess possessed the amulet. Instead of rescuing the princess, he lures the dragon into eating her before recovering the amulet for himself after the dragon coughs it up.

As you begin your game experience, you must select three of the seven characters – but choose wisely, as you cannot change your decision unless you start the game again. These characters are based on stereotypical figures, such as orphans, a hillbilly and a scientist. After selecting your characters, you’ll then have to control the trio throughout the Cave, which is full of objects. You will need to work with all three of your characters and switch between them to complete certain levels; for example, you might use your first character to distract a dragon, your second character to provide bait, and your third to move the dragon.

Some areas of the Cave are only available for specific characters, such as a laboratory for the scientist, or a castle for the knight; these areas represent the reason that the characters were lured into the Cave in the first place.

When The Cave was released back in January, it received positive reviews all round, and you can now play the game on the go! The Cave is not a free to play title and it will cost you $4.99/£2.99, but if you like puzzle games or you’re a fan of the game already, it’s definitely worth the price.