Home Game Guides The 10 Best Gods to Use in SMITE 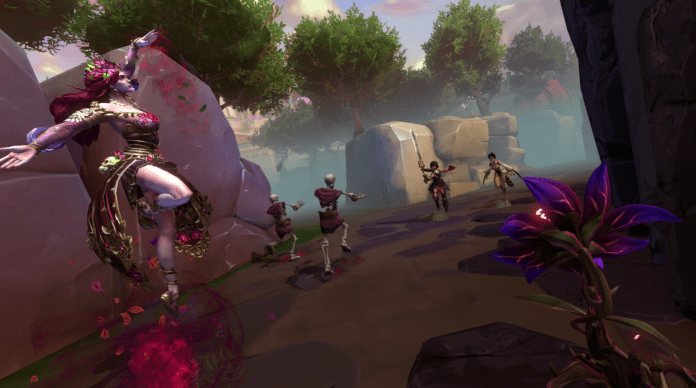 SMITE is a MOBA game that allows you to play as gods from different mythologies. Each of these characters has a unique set of skills and you may want to know which of them is better. So, this guide will tell you about the 10 best gods to use in SMITE.

There are many gods that you can play in SMITE and today we will tell you about the most useful among them. However, you should be aware that the game’s meta always changes. So, we do not guarantee that these gods will be strong in future seasons.

The Greek god of war is one of the oldest characters in the game. He is able to tank lots of hits and control enemies with help of his burning chains.

The dragon god is one of the most interesting characters to use. He is a Mage that works like an Assassin. So, you will need to be sneaky and attack the most vulnerable characters.

Izanami is a Hunter who is able to hide in the Underworld. She can deal a decent amount of damage to your enemies and if you use her skills correctly you will become the deadliest character on the battlefield.

He Bo is a classic glass cannon god who deals insane amounts of damage. However, you should be careful with him as he is really squishy. Also, his skills are short-ranged. So, He Bo is a great character when it comes to quick fights where he can destroy his opponents with high burst damage skills.

Guan Yu is a perfect all-rounded Warrior. His skills are very versatile and the god is able to heal and buff his allies. Also, Guan Yu deals decent damage and has an ability that stuns his enemies.

The god of speed is one of the fastest Assassins in SMITE. His damage is based on his movement speed and this feature makes Mercury one of the deadliest characters in the project.

Chronos is an interesting Mage that manipulates time. He is able to restore his HP and Mana with help of his ultimate. Also, he deals a decent amount of damage with his auto attacks.

Hades is a character with an interesting history. Originally he was classified as a Guardian. However, players used him as a Mage and developers moved him to this category. The character is a powerful caster with good survivability, mobility, and nice crowd-control skills.

Kukulkan is a powerful god of wind that brings death to his enemies. This Mage is especially dangerous for minions as he deals high AoE damage. Also, unlike He Bo, he prefers to patiently harass his enemies.

Chang’e is a support-type Mage and she is able to heal her allies. Also, this goddess can stun her enemies with the ultimate skill. So, this Mage is really hard to kill because of her healing skills and crowd control.

As you can see, there are many interesting gods you can play in this game and we will be glad if this article helps you to learn the strongest among them. Also, you could check our guide on how to get Soul Reaver. Good luck with your further matches in SMITE!

The 10 Best Gods to Use in SMITE