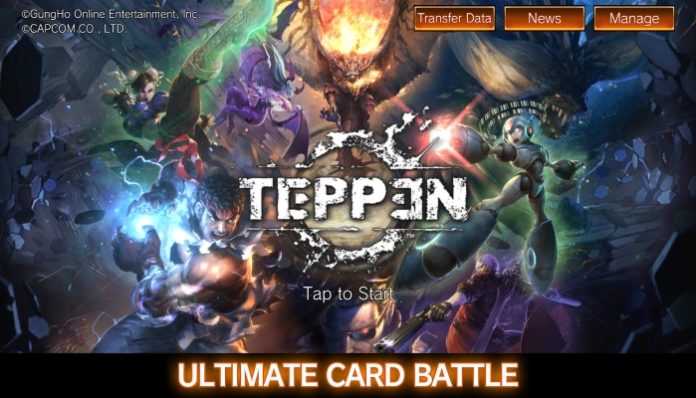 One of the biggest Capcom crossover events is here! TEPPEN is an all new collectible card game featuring some of Capcom’s biggest heroes and villians, including characters from Street Fighter, Mega Man, Resident Evil, Devil May Cry, and more! As you can expect from a Capcom game, Teppen is full of intricate systems and mechanics, and we are going to do our best to help you get started in this massive CCG.

With the help of our TEPPEN cheats, tips and tricks strategy guide to win your battles, you should be able to get started with mastering your own creative decks!

Play through the Hero Stories!

Before you step into the multiplayer arena to partake in some fierce PvP action, you should take a moment to finish the Hero Stories. Like the Ryu tutorial you had to go through at the beginning the of the game, the Hero Stories focus on one hero in particular. You play through three battles with them, and you unlock them permanently for use. You can create a new deck with them!

Here is a complete list of all the playable heroes for your reference, complete with their Hero Arts in the order they obtain them.

Beware of the Flight status!

There are certain unit cards that have the Flight status when played. The Flight status allows these units to attack heroes directly, even if there is an enemy unit in their lane (unless the enemy also has Flight). If left unchecked, Flight units can really do a number on your HP so it is best to watch for that winged icon that denotes the Flight status. Take them out as soon as you can!

When Active Response occurs, it is best to be prepared. Know what action cards you have in your hand before it happens, and try to figure out how they can save you. Remember that when Active Response finishes, the cards play out in the order they were played, so you can potentially save one of your unit cards if they are getting targeted by a lot of action cards.

Be wary of colors when deck building!

You may have noticed that heroes and unit cards have certain colored icons attached to them. Take note of these colors, as they will influence your deck building. When you are adding cards to a new deck, but if you add cards in that do not match your hero’s color, your maximum MP will be cut in half.

Say for example you use a Ryu deck that has green cards in it – your maximum MP will be 5. If you include an additional color, like a Ryu deck that has red, green, and purple cards in it, your MP will drop to a staggering low 3 MP. Keep this in mind if you have expensive units in your deck, as you will not be able to use them if you are using multiple colors!

If you are looking to expand your card library, just hit up the in-game shop. You can spend zenny or CORE tickets to get new card packs. Whenever you buy a CORE pack, you will fill up a legendary meter, and once it is filled all the way you are guaranteed a legendary on your next pack! However, if you pull a legendary at any point before the meter is filled, it will reset back to zero.

So, if you are looking to get more cards, you are going to need a lot of currency. Here are a couple of ways to earn more.

As with any other collectible card game, the amount of card combos in Teppen are endless, and the only limit is your card library. To start out, we have a couple of idea for potential deck combos.

Of course, those are only a jumping points, so feel free to experiment with your favorite heroes and units!

With these tips, you should be able to get a good handle of Teppen’s intricacies and be able to hold your own in the coliseum! We are sure you have plenty of decks and strategies, so be sure to share them below in the comments!