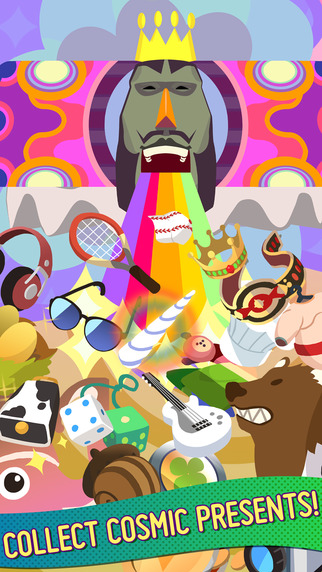 A few weeks we have reported that a new entry of the unique Katamari series called Tap My Katamari was going to be released soon on the App Store. While we still don’t know when the game will be available globally, it seems like its final release date is closer than we think, as the game has been recently made available on the New Zealand App Store in soft-launch mode.

Tap My Katamari is a little different than the previous entries of the series, as the game combines a clicker experience with elements of the series. By tapping the screen, players are able to move faster through the game’s locations, collect a variety of items as well as coins that can be used to upgrade abilities and stats. Tap My Katamari is definitely not what fans of Katamari expected, as the experience seems to be much more limited compared to previous games, but it can still be an enjoyable experience, considering the wacky world and characters of the series are represented in full force in the new mobile game.

Tap My Katamari is now available in soft-launch mode on the New Zealand App Store. A global release date has yet to be confirmed, but we will keep you updated on the matter as soon as more comes in on it.