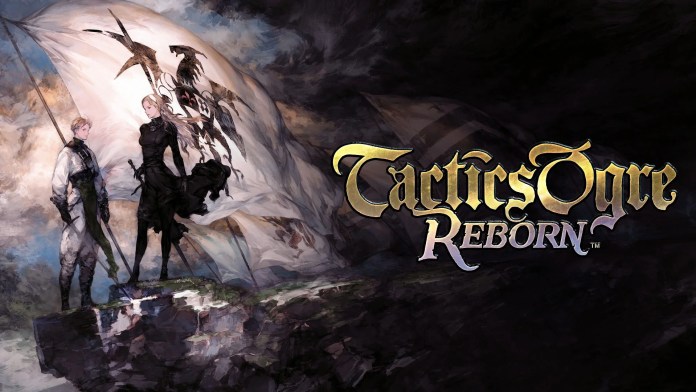 If you are looking to get into Tactics Ogre, there’s a number of things to take into consideration. On this page we have the best tips for beginners for Tactics Ogre Reborn! Read below!

Players of all ages and experience levels will be able to appreciate the time-honored game of tactics on modern platforms now that Tactics Ogre: Reborn has been released. However, due to the fact that Tactics Ogre is an older game, there are a few different methods that players who never played the game before the release of Reborn may not be familiar with.

Getting your hands on new troops is a very important aspect of Tactics Ogre: Reborn. You are only able to employ a certain number of them from the tavern, and although special units have their own qualifications to fulfill, you may come across certain forces out in the field that attract your attention. In-battle recruiting is essential for adding non-human friends to your army, such as griffons or dragons, and is a requirement for doing so.

Just because Recruit and Tame and other skills have a worldwide effect does not imply that you should fling them out from across the globe. Both damage and distance are important considerations in this game. There is a direct correlation between the amount of time spent preparing for a conversation and the percentage of success the conversation has in securing the targeted recruit. My strategy is to reduce their health to below 20%, at which point I call in a Cleric or Beast Master and attempt to get a new recruit. It does not always succeed, but it is preferable to lobbing something with zero percent probability from five miles away.

It’s possible that the game gives archers a certain range of squares in which they may attack, but more often than not, they are more like recommendations than actual regulations.

Bows have a range that exceeds expectations, particularly when shot from a higher height. Simply move your mouse outside of the squares while you are preparing an assault, and if the trajectory is blue and landing on the adversary, then you will be successful. Let loose.

Because of this, archers are very useful on maps in which you are holding a high position, particularly for sniping lesser adversaries such as mages or healers in the backlines. In spite of the fact that Archers have been toned down a little bit from prior iterations, this is one aspect in which they continue to be quite relevant.

Items have a significant impact on the course of play in Tactics Ogre: Reborn. They provide some benefit at the very least, and in some battles, they are absolutely necessary.

One of the factors is increased healing, and another is resurrection. But the status benefits that goods provide, increases in quantity, the elimination of debuffs, and other factors are all quite important. Since of this, Beast Tamers and other classes that have the ability to lob things are of particular use because they can circumvent the shorter range constraints. In addition, there is a sufficient amount of cash available to ensure that you are never short of supplies for battles.

Fights are often drawn-out affairs in which blow for blow is traded back and forth. The use of effects such as Fear, Stun, Poison, and others may result in significant swings that pay off in spades. These may be triggered by a variety of skills and items.

If you improve your weapons, they may also have a chance to trigger specific effects on their own. You won’t believe how much better that simple blade can be with a little amount of tinkering if you go to the store and go through the +1 making possibilities there.

Magic now has the ability to land a critical hit, which is one of the new features introduced in Tactics Ogre: Reborn. It’s possible that this won’t seem like a big deal at first, but just wait until you take some serious damage from an Avalanche II critical.

The blue buff cards that populate the fields of Reborn make this aspect of the game particularly crucial. In a normal situation, you could choose an increase in skill, MP, or magic up above a boon that increases your critical chance. However, when I spent some time improving my magic-using classes with various critical bonuses, I found that it became quite powerful.

When you consider a class like the Rune Fencer, for example, which is one of the more popular occupations in Tactics Ogre: Reborn, this becomes even more apparent. These troops are not only proficient in the use of a wide variety of guns and magic, but they can also imbue their weapons with the characteristics of certain elements. Rune Fencers are dangerous adversaries, especially when they have one or two key boosts.

When it comes to healing, you should always have at least two and no more than three healers on the battlefield at all times. Because Rune Fencers and Knights also have access to the heal spell, fortunately, it does not count as three clerics. You should have at least one cleric in your party; after all, they have access to Meditation, which helps them maintain their maximum health, and a knight who has no maximum health cannot heal anybody. Additionally, exorcism could come in useful.

It is helpful to have a Knight for the Rampart Aura, and even if their damage may appear low, they have the ability to activate Pincer for other melee attackers. The skill known as Pincer is given to most melee characters, and it gives them the ability to participate in friendly melee assaults. Additionally, even if the enemy won’t prioritize your tank as a target, they are still a legitimate one, and the AI will periodically target them so that it always has something to do. Wizards, on the other hand, have less than impressive damage and awkward shooting arcs, but as was discussed before, they have access to the abilities Charm and Sleep, which are both quite valuable. When it is successful.

Archers and Canopus are incredibly effective at dealing damage wherever you want it to go, but because of the piercing damage they provide, you should not depend on them alone since their effectiveness decreases significantly against armored enemies. You’re going to want to have at least one reliable hitter for melee, and the Warrior class is probably your best bet. Before it can truly take off, the Berserker is a solid class, but it has to climb into the level 14 range.

You are free to create him into whatever class you choose. If this is your first time playing the game, you should NOT make him a full-fledged archer or caster. We would suggest playing as a Warrior or maybe a Rune Fencer. You will be required to use him in every single combat, he cannot be killed under any circumstances, and at times he will be put into really precarious positions. If you keep him in a solid class that has some potential for melee combat and equip him with a lineup of things that can heal themselves in case of an emergency, your life will be a lot easier.

This is relevant for other classes as well, although the upgraded armor does not have the Dexterity stat on it as the initial armor does. Therefore, if you purchase new and flashy gear for your archer, their damage will decrease, and you will be left wondering what the heck happened.

Next, different kinds of armor provide varying degrees of protection against the various kinds of injury. This is mostly significant for the Piercing and Crushing damage types. Bows and 1H crossbows have a penetrating attack, while 2H crossbows have a crushing attack. This implies that damage dealt by bows will be significantly reduced while facing adversaries with traditionally heavy armor, but damage dealt by 2H crossbows will be significantly increased. This is also an issue with spells; some of them crush elements in addition to doing harm.

In the beginning of the game, your primary objective should be to keep yourself from being forced into taking any kind of piercing damage. Later on in the game, you will have a wide variety of choices, as well as increasingly difficult difficulties. Canopus should have a 2H crossbow if your archer already possesses a 2H longbow. This will offer you more choices for doing damage at range. There are times when two spear-wielding Rune Fencers may benefit from the assistance of a hammer-wielding Berserker. In the event that an adversary has a unique resistance to crushing damage, a wizard should ensure that they have access to the damaging spells associated with both of their favorite elements.